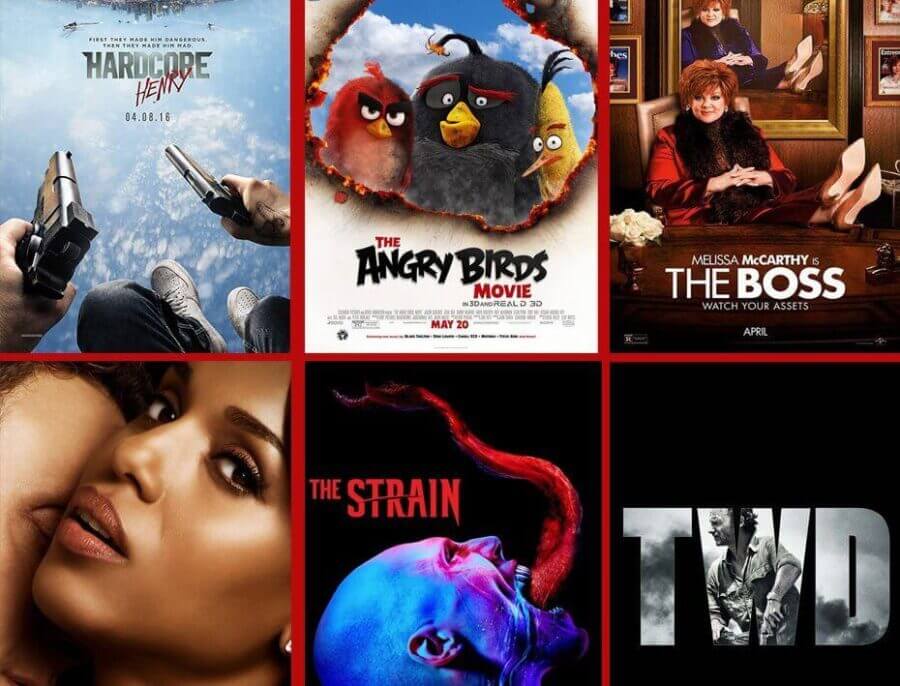 It’s been a massive couple of weeks with regards to its DVD releases as the fall releases now come into full effect, albeit a little early. This week we’re covering the new additions for the 16th August 2016 and 23rd August too. We’ll be back to a weekly release schedule next week rather than doing it fortnightly as we are now.

Onto the new additions then, let’s start with the brand new DVD’s and Bluray releases that are now available as part of your rental subscription.

Hardcore Henry joins the lineup this week and offers you a unique perspective in the sense that the whole movie is filmed from POV angle. It’s technically very impressive and has all the quirkiness you expect from a movie starring Sharlto Copley.

Next is one of the biggest animation movies of the year in the form of The Angry Birds Movie. Possibly quite a few years late to the actual party, the film is based on the famed mobile game from yesteryear. The Angry Birds movie has got an impressive cast made primarily up of ex-SNL stars.

If a Mellissa McCarthy comedy is what you’re after (probably not in many cases) then can we turn your attention onto The Boss which first released in April this year.

An adamant lineup for the TV box set front too. This is almost certainly in anticipation of the arrival of new TV shows starting up in early fall. The biggest and most notable addition is the latest season of the massive The Walking Dead season 6. We also see updates to The Strain and Scandal this week too.

Also debuting this month on the TV box set front is DC’s Legends of Tomorrow which is the latest CW show that’s making waves and you should probably be watching.