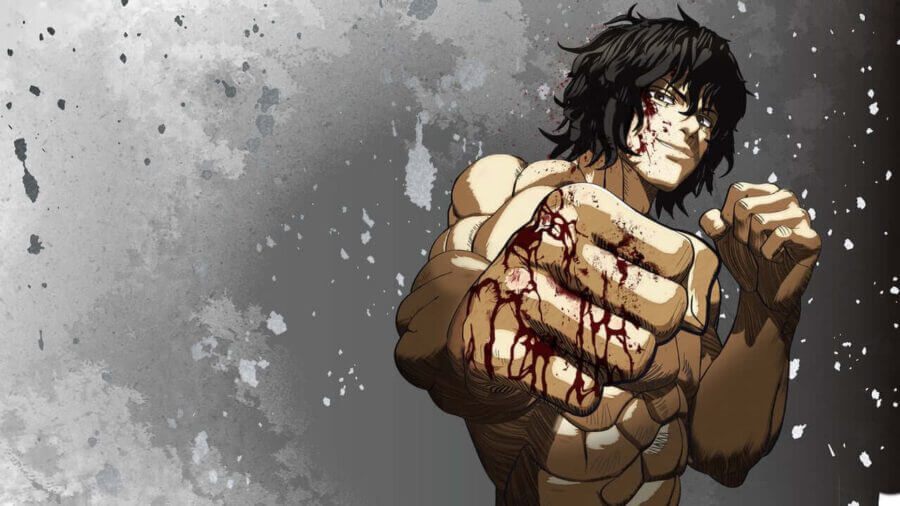 Kengan Ashura part 2 is now available to stream on Netflix

After another fantastic twelve episodes of Kengan Ashura, subscribers have already been demanding to know when we can expect part three. Truth be told, we’re still waiting for confirmation on part 3 but we’re hoping to see it released sometime in 2020. We’ll be following the progress of part 3 closely to ensure we know what the renewal status and Netflix release date is.

At the time of writing, there is no confirmation that Kengan Ashura will return for part 3.

Considering how popular the series has become in such a short period of time, we’re fully expecting Netflix to renew for part 3.

We will hopefully learn more in the coming months.

Part 2 concluded with the Ohma’s fight in the second round, beating Raina, and moving on to the third round/quarter-final. Considering there are two further rounds, the semi-final and final, after the quarter-finals there’s still a large portion of the story to be covered.

How did subscribers take to Kengan Ashura part 2?

It’s going to take some time for anime fans to come to terms with the growing number of titles that use CGI animation. But as you’ll see from the tweets below, this hasn’t stopped subscribers from enjoying the series. Those fight scenes are brutal and epic after all!

Taking some time out of your night to say YO! #KENGANASHURA PART 2 IS OUT ON NETFLIX AND IT’S FREAKING GODLIKE!!! Gave me everything I’ve wanted, plus even more! Everyone do yourselves a favor by dropping whatever you’re doing and watch all of it ASAP ❤️❤️❤️ pic.twitter.com/C3Sb2jqW3P

I was wrong. #KenganAshura was amazing. Go watch that shit now. pic.twitter.com/OoCEsg60M4

When is the Netflix release date for Kengan Ashura?

In anime, the release dates between seasons can be extensive. Kengan Ashura didn’t suffer this between the first and second parts. The third part could be different.

As we have no confirmation that Kengan Ashura is returning, it could be a long wait before part 3 arrives. Thankfully, we don’t believe there’s anything to worry about and we can expect to see Kengan Ashura part 3 arrive in 2020.

If part three follows the same pattern as its predecessors it should arrive in January 2020. If a release date needs to be pushed back because of time constraints then we would expect to see part t3 arrive Summer 2020 with part 4 following up in the Fall.

When will Season 3 of 'Derry Girls' be on Netflix?