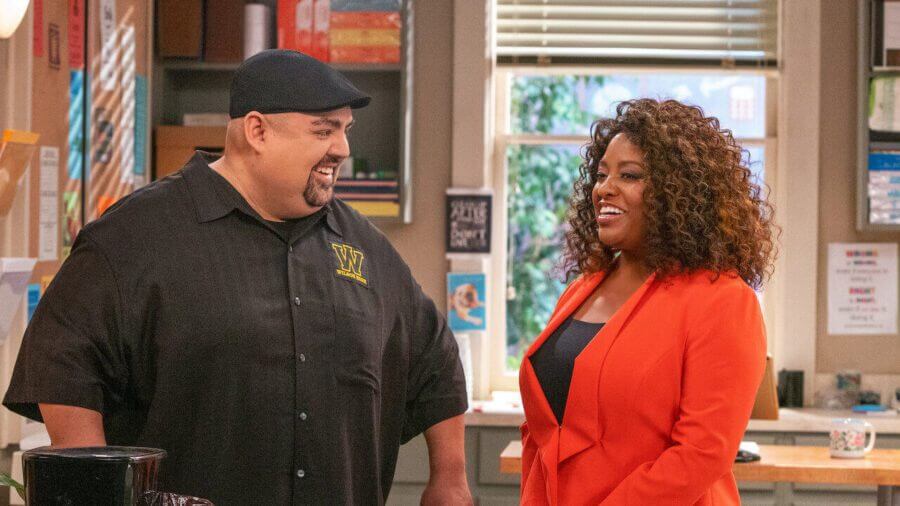 Mr. Iglesias is available to stream on Netflix – Copyright. Hench in the Trench Productions

Subscribers have been out of luck with sitcoms on Netflix in recent history thanks to the cancelations of shows such as One Day at a Time and Friends From College. With the release of Mr. Iglesias, many will be hoping the cancelation train won’t be pulling into the station. After a positive first season has Mr. Iglesias been renewed for a second season? Let’s find out.

Mr. Iglesias is an American sitcom created by Kevin Hench. The series stars beloved fully comedian Gabriel Iglesias as the title character. While the comedian didn’t serve as one of the writers on the series he did act as an executive producer. Considering his flamboyance and flair for comedy it’s likely many of the lines delivered had that Iglesias spice thrown in.

Mr. Iglesias a loveable and fluffy high school teacher returns to his alma mater to teach. Taking on a group of misfits as his students there is potential in them all, as long as they buck their ideas up.

It’s unusual for Netflix to order more than one season at a time for their latest titles. Mr. Iglesias is no different and Netflix only ordered one season of the sitcom. As you’ll see below, there’s been a positive reaction from subscribers online. Along with the positive response from critics, it’s highly likely that Mr. Iglesias will be returning for a second season.

We can expect to learn more in the coming weeks.

Wilson High School is based on a real high school of the same name in Long Beach, California. Gabriel Iglesias actually attended the school and graduated in 1994.

How did subscribers respond to Mr. Iglesias?

I been binge watching @fluffyguy #MrIglesias show and I been dying all day BEST SHOW EVER!!!! pic.twitter.com/rbYS9PQent

Unfortunately, not everyone was impressed…

I am watching Mr.Iglesias on Netflix,and I am honestly very disappointed. I had such high hopes for Gabriel Iglesias,but everyone’s acting and the writing feels so forced. I am can’t even finish the 15 mins of the episode SMH

Assuming Netflix does renew the series for a second season in the next month, we won’t be seeing Mr. Iglesias return until 2020.

Gabriel Iglesias will be on tour throughout most of the summer and his last date isn’t until December 27th, 2019. It is worth noting that between September 29th and December 26th, there are no scheduled tour dates. This means that the three months Iglesias isn’t on tour could be set aside for filming the second season. The only project we know that Iglesias is set to star in is the upcoming animated feature Blazing Samurai to which the actor will be providing his voice for a supporting role.

Once again assuming Netflix renews and production can begin in the fall of 2019, we may see a Spring release date for season 2 of Mr. Iglesias!

Would you like to see another season of Mr. Iglesias? Let us know in the comments below.