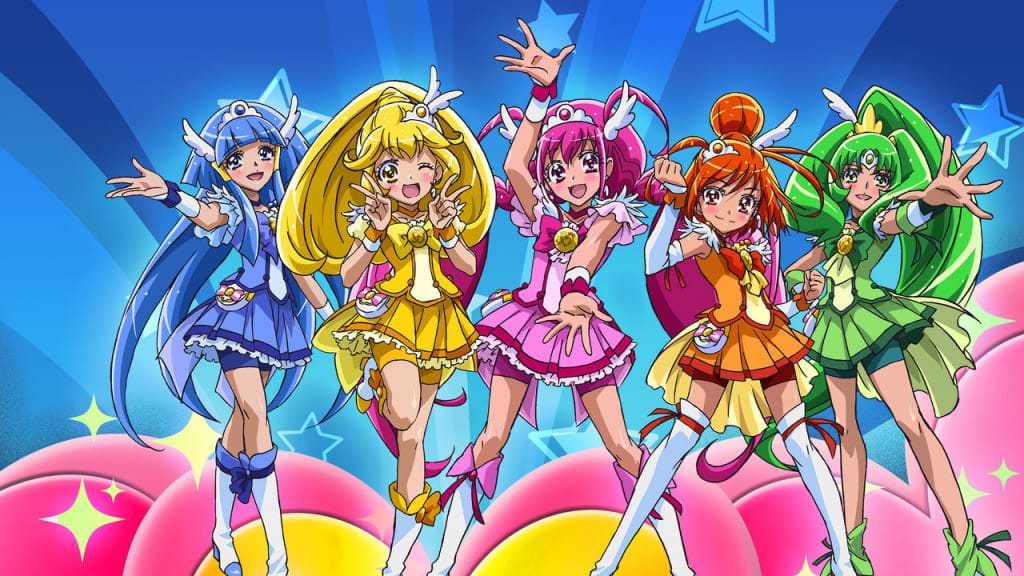 For the avid veteran of Anime I shall tell you now I most certainly do not recommend this show, to which I also understand this is a kids/teen TV show so but for the scathing review see below

….If this show was a baby it would be the love child of Barbie and Sailor Moon whom was impregnated by Zordon, but because we are progressive and not judgemental *Cough* they used the DNA of barbie and had themselves a big DNA bubbly bundle baby of super powered, Kawaii dressed, unicorn fantasy.

The characters wombo combo of Rangers and Sailor’s produce the Glitter Force whose other parental mother of Barbie adds an even overly sweet layer on top of the characters whose names and uniform in the form of “Glitter Spring, Glitter Lucky,” Glitter boots, Glitter gloves *Snore* Glitter EVERYTHING … so you get the idea, seriously all this show was missing was a Character called Glitter Unicorn who rides a Unicorn that pukes rainbows and craps glitter while stampeding and impaling those from the Shadow Realm (Someone’s getting sued for lacking original ideas..). 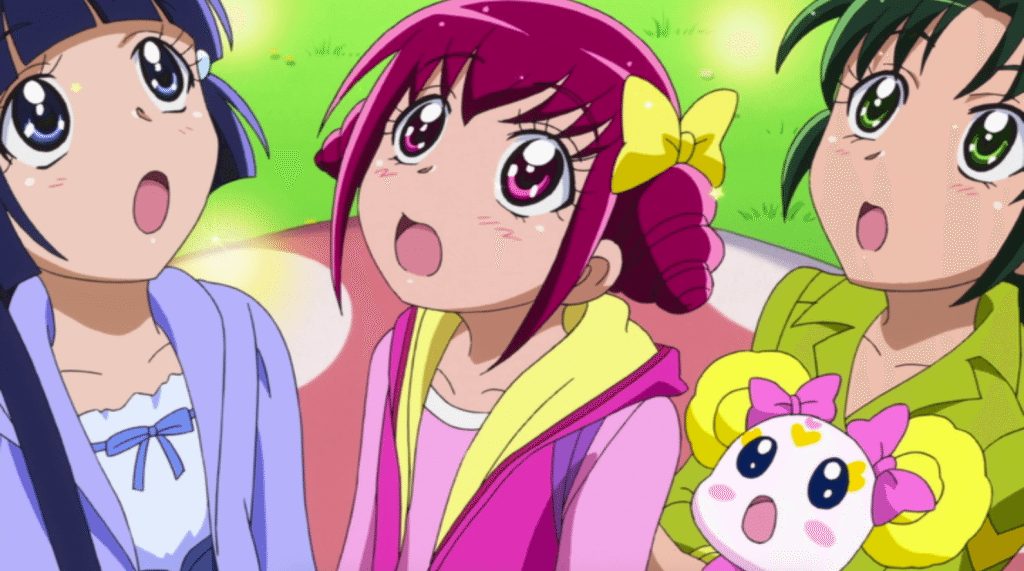 It would of been more bearable to watch this in Japanese but due to the fact that this is a “Netflix Original” they need to make it their own considering that in Japanese The show is called ‘Smile PreCure” to which this is technically the second ‘Pretty Cure’ TV show. The names of the characters/attacks/charms and even the name of the group itself are different but to appeal to a young western audience it would have to be more relatable. So though it was predictable how an English Dub turned out, the voice actors were acceptable in thier roles.

The script is overly cheesy, girly and downright criminal cliché. Attacks in the form of “Glitter this and Sparkle that”. Even the morphers are a Glitter Charm powder puff which I’m pretty convinced the powder is made of grinded Unicorn bones. The Characters are incredibly generic and overly predictable in their personalities. 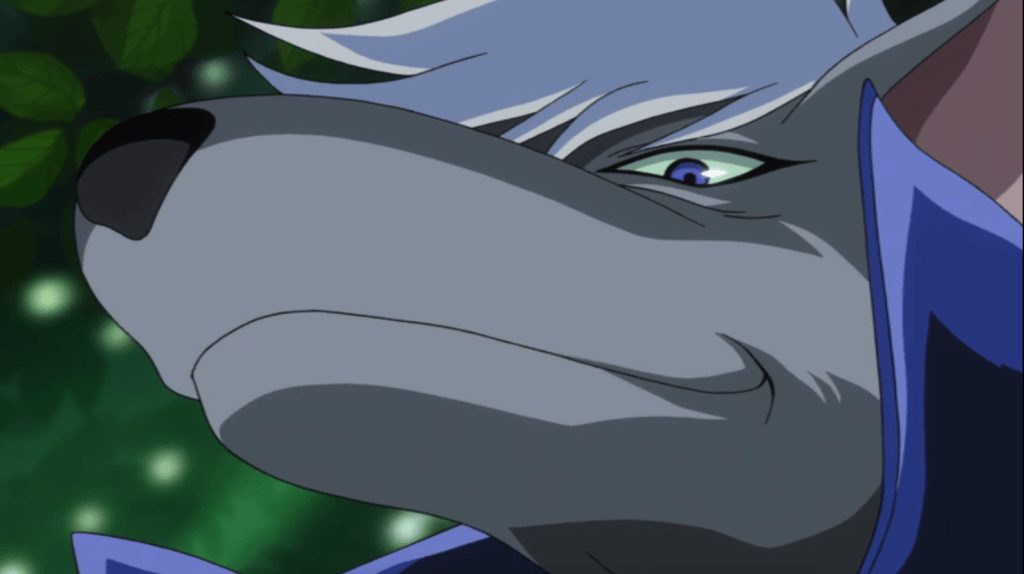 The Villains like most shows are useless until the plot demands it which came right at the very of the end of the show when the characters were actually in danger. Boring and predictable there was no changes to the effects the Villains had on the protagonists and the victims of their magic, well nothing was much different about the fights towards the end of the episode. The only differences made in the fights was when they were forcing character developments, but like most of these shows the character ends up the same as the previous episodes like nothing happened prior.

Now.. The pros(ish)For children this is certainly an Anime I’d recommend, the story is incredibly simple as it’s a rehash of teenforce shows. This is your run of the mill Good vs Evil, Teenager fighting force vs the forces of Darkness while having Kawaii moments and adventures. 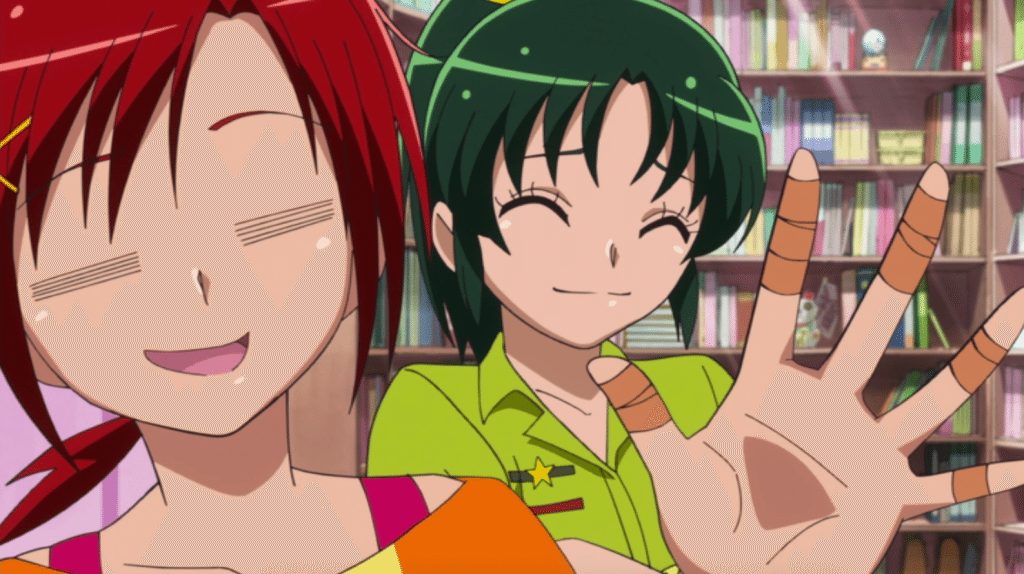 The animation is very well done that I cannot deny, I can also see this being very successful amongst children who are new to anime. I may of been very harsh in my words regarding my feelings of this show but I grew up in the DBZ and Sailor Moon era and seen all the knock offs that have come after thus as an adult watching a kid/teen show it’s hard to have a positive view on it, but if I had children and they wanted to watch this I wouldn’t mind them in doing so.

Overall I feel Netflix will have a success with this due to ever increasing popularity of Japanese culture in the West, I personally if I already haven’t made that clear was not a fan of this, so I would give this a 2 Stars out of 5