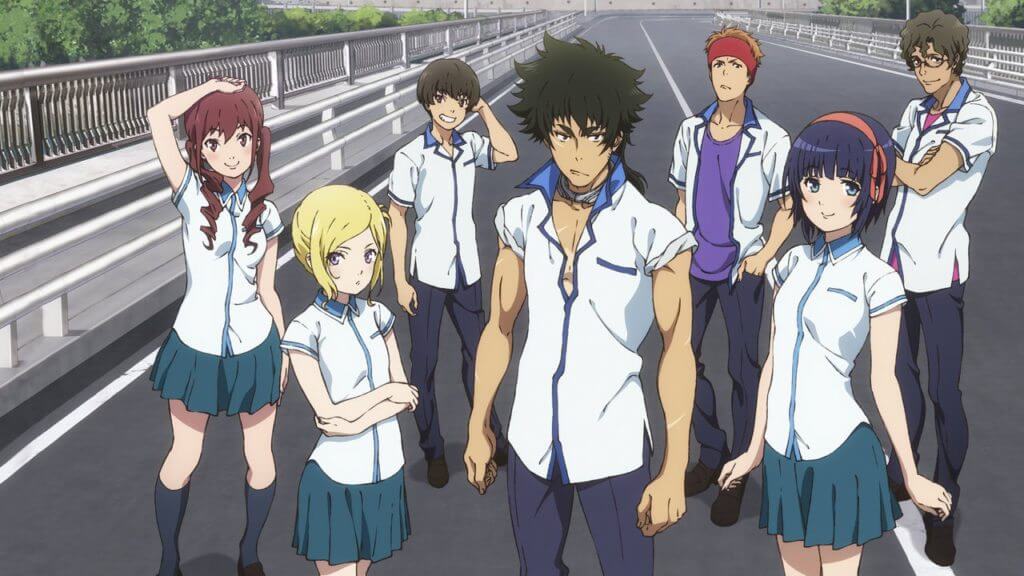 60 years ago in Japan a giant mecha and a mysterious cube were discovered underneath the site of what became the Kurobe Dam.

In present day Japan the UN has been researching the Mecha and Cube to try and understand what secrets they both may hold. Yukina Shirahane the daughter of the facilities director is caught in the crossfire of a sudden alien invasion of earth, their motives unknown and under the guise of an old Japanese myth
Yukina accidently activates the cube and releases Kennosuke Tokisada Ouma a Samurai warrior who has been in cryostasis for the past 450 years..

Kuromukuro is a thoroughly enjoyable Mecha Anime that has delightful a comedy driven story around its fish out of water aspect to the 2 protagonists and a very entertaining story. I personally haven’t watched a great many mechas but after watching this I may indulge in a few others!

Yukina is a teenage high schooler with very average grades and her dream in life is “Mars” or to be exact be apart of the team that would one day colonise the planet, also being the daughter of a UN official has brought it’s own pressure and hardships to her as she must help take care of her little sister, lead a high school life and find her place on the world.. While also returning her mothers UN phone as she always seems to misplacing it… While at times her character can appear to be selfish it certainly feels that alot of people will be able to relate to her character.

When Yukina releases the Samurai Kennosuke Tokisada Ouma from his Cryo sleep, he discovers that he has been asleep for 450 years and the world he once knew has gone, society has changed dramatically, high schools girls wear provocative clothes that make them appear indecent (Kawaii is all I can say on the matter!). His character is a little bit cliché as he is the warrior from a different time that wants to exact his revenge upon those that wronged him while trying to learn everything about the new world, overall though he is an enjoyable character to watch and the mystery surrounding his origin is one of the best aspects to the anime.

The animation is very similar to that of how most characters are drawn in anime now therefore it unfortunately doesn’t have a unique element to its art besides the eyebrows of a certain Samurai. The CGi work that goes into the Mechas is enjoyable to watch and the fight scenes are hugely entertaining.

The opening music theme isn’t at all memorable as it doesn’t have that same oomph like watching AOT or Seven Deadly Sins to which neither does its closing credits. The music throughout the anime as well pretty much sets the tone for what you are watching, you have your typical trombone style music for the comedy and the heavy use of what I can describe as an orchestra when anything massive is happening in the story. Overall it does what it needs to do and sets the tone for what you’re watching.

A large criticism I have of this is there wasn’t enough screen time revolving around the Villains, I understand it was to keep the mystery of their origin and to keep their motives under wraps but the screen time given was utilized and left me wanting to see more.

Overall though I hugely enjoyed this show, it was fun and entertaining to watch and I’d recommend it to anyone who uses Netflix for its anime! They haven’t struck gold like they did with Seven Deadly Sins but if Netflix continue to get anime’s like this it’ll only increase their popularity. I can’t wait for Season 2!