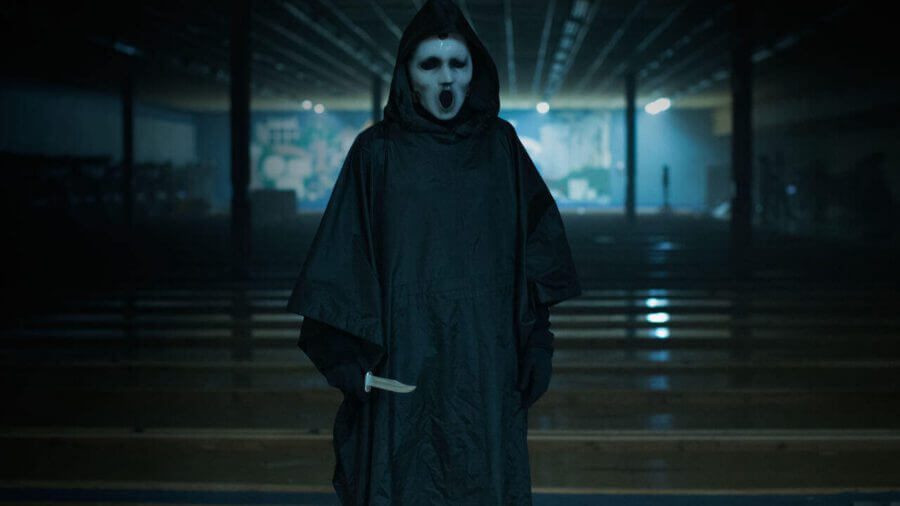 Scream has been on a multi-year break and season 3 has yet to see the light of day but probably won’t ever come to Netflix even if it does air. Here’s what we know about season 3 of MTV’s Scream and when will season 3 of Scream be on Netflix.

MTV’s scripted content has been dramatically decreased in recent years which isn’t surprising given the networks bread and butter has been their reality content in recent years. Scream was their TV reboot of the classic 90s horror movies (some of which just came to Netflix on May 1st, 2019) and two seasons have released so far and both are available on Netflix.

The series was set for a reboot which was due out sometime during March 2018.

Every character was recast and was set to tell a brand new story set in the Scream universe.

With months and months now past by, it looks like Scream is dead. But why this is the case is where the story starts to get complicated.

Allow us to introduce Harvey Weinstein into the story.

The Weinstein Company was behind the series and acted as the distributor. Netflix in July 2018 managed to break ties with the company which meant that “Netflix won’t have to stream the third season of MTV’s Scream.”

The key word there is “won’t” as Netflix could’ve still carried the show but wanted out. In court, Netflix argued “that it was under no obligation to pay for new episodes because the output agreement had a “key man” provision”.

It’s worth noting that three months later, Netflix and The Weinstein Company had settled their dispute. Exact details are not known but by the fact we’re now multiple months after the fact with no sign of season 3, it’s likely Netflix decided not to continue.

That means despite the series having been filmed and in all likelihood read to air, it’s likely never going to get released given that The Weinstein Company went bankrupt last year.

That means the series is all but certainly dead and therefore, won’t be coming to Netflix.

Could Scream be a Netflix Original?

Netflix would’ve likely had to chance to bid on assets left over by The Weinstein Company and clearly opted to not proceed. The show’s reception for its second season had been shaky at best and a third season, despite it rebooting clearly wasn’t enough to warrant picking it up as a Netflix Original.

It’s not all bad news though, there have been rumors of Netflix picking up a similar title called Scream Queens as well as the fact Netflix’s Slasher series is getting a third season at the end of May 2019.