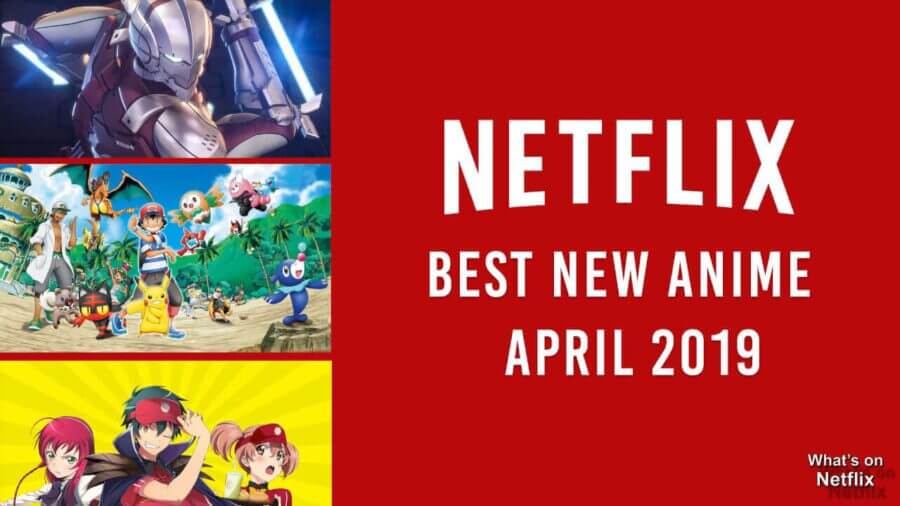 We have some excellent new anime titles to report on for the month of April. With many more titles to look forward to in 2019, hopefully, some of the titles added this month will whet your appetite.

Here are the latest anime titles on Netflix in April 2019:

Since the first Pokemon series debuted in 1997, there has been a nearly countless amount of sequel series. With over 1000 episodes and 20 movies to the franchise name, Pokemon isn’t slowing down anytime soon.

Ash Ketchum’s journey to becoming a Pokemon master continues as he and Pikachu travel to the region of Alola. With new friends to meet and new Pokemon to catch, Ash still has a lot to learn what on what it means to be a Pokemon trainer.

The Devil is a Part-Timer (Season 1)

A quirky take on the aspect of Heaven and Hell, The Devil is a Part-Timer became a pretty big deal in 2013. With only one season to its name, there are plenty of fans wishing for more.

The devil will conquer the world! The world of the food court that is. After being defeated by the hero Emilia, Satan Jacob and his general Alciel flee to modern day Tokyo. Satan then takes a job at his local MgRonald in order to survive.

The acquisition of Ultraman as an Original title was a ginormous statement of intent by Netflix. One of the largest and most influential franchises to date, the sequel series to the 1960s classic has already become one of the most popular anime on Netflix.

While Rilakkuma is no Hello Kitty nevertheless the loveable bear has fast become a mainstay in Japanese pop culture. One of the most popular ‘cutesy’ franchises in the past 15 years it’s surprising its taken so long for the bear to get his own anime. One of Netflix’s first stop-motion titles, the charming series will definitely find its place in the hearts of many.

Her life might be a little mundane, but Kaoru gets to go home to Rilakkuma, her endearingly lazy roommate who happens to be a fuzzy toy bear.

It’s been a long time coming but Ingress will finally arrive on Netflix in April. After huge delays in 2018 Ingress was pushed from a November release date to April. The anime series is based on the augmented virtual reality game of the same name. Thanks to the influence of the mobile game, it paved the way for popular AVR title Pokemon Go.

What anime titles have you been watching this month? Let us know in the comments below!

New Anime on Netflix in January 2021