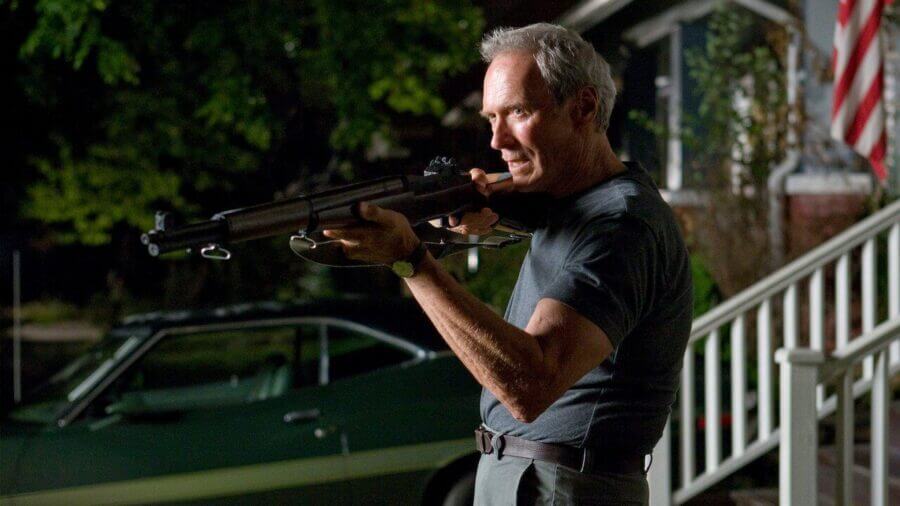 Gran Torino (2008) is now available to stream on Netflix

Thanks to the start of a new month, Netflix has landed a bunch of great new movies ready for viewing. Here are our picks at the best new movies added to Netflix between September 25th and October 2nd, 2020.

If you’ve missed any of the new arrivals this week, you can find daily recaps and a complete list of what’s new via our new on Netflix hub.

No question, 2008 was a phenomenal year for films. Any other year, Gran Torino would have been a shoo-in for Academy Award nominations. Wonderfully directed, and with some excellent acting, Gran Torino is one of the most underrated films of Clint Eastwood’s career.

Korean War veteran Walt Kowalski has watched his neighborhood become more and more diverse over the years. Disgruntled by the growing change, his attitude begins to alter when he takes Thao Lor, a Hmong teenager who attempted to steal his prized 1972 Gran Torino, under his wing.

Critically acclaimed with a fantastic cult following, Joel and Ethan Coen’s Fargo is a masterpiece of blending crime and comedy together.

Jerry messes up big time when the crooks he has hired to kidnap his wife and extort his father-in-law for money goes disastrously wrong. Hot on his heels is the persistent and heavily pregnant officer Marge Gunderson

Sharon Stone created one of the most paused, and iconic moments in Hollywood history in her role as Catherine Tramell. One of the most famous films from the 90s, plenty of subscribers should be streaming Basic Instinct this weekend.

Police Detective Nick Curran investigates the brutal murder of a wealthy rockstar. Curran lets himself get in too deep when he becomes involved in a passionate and intense relationship with the prime suspect, novelist Catherine Tramell.

Netflix subscribers have become accustomed to seeing Adam Sandler movies on their devices, and the latest to arrive, Big Daddy, is easily one of the best of Sandler’s early career.

To win his girlfriend back, Sonny, a law student grad decides to adopt Julian, a five-year-old boy. Things don’t quite go to plan, but their relationship takes a turn when Julien and Sonny begin to bond like a father and son.

The usual pairing of director Martin Scorsese and actor Robert De Niro was another perfect match in this remake of the 1962 classic thriller.

Convicted rapist Max Cady is released from prison after serving a 14-year prison sentence. His first act as a freeman is to track down and stalk the family of the lawyer, Sam Bowden, who defended him in court.

In one of the best on-screen games of cat and mouse since Tom and Jerry, Jude Law and Ed Harris were fantastic in their respective roles as two enemy snipers during the battle of Stalingrad.

At the height of the battle of Stalingrad, a Russian and a German sniper engage in a deadly game of cat and mouse.

Which new movie will you be watching on Netflix? Let us know in the comments below!