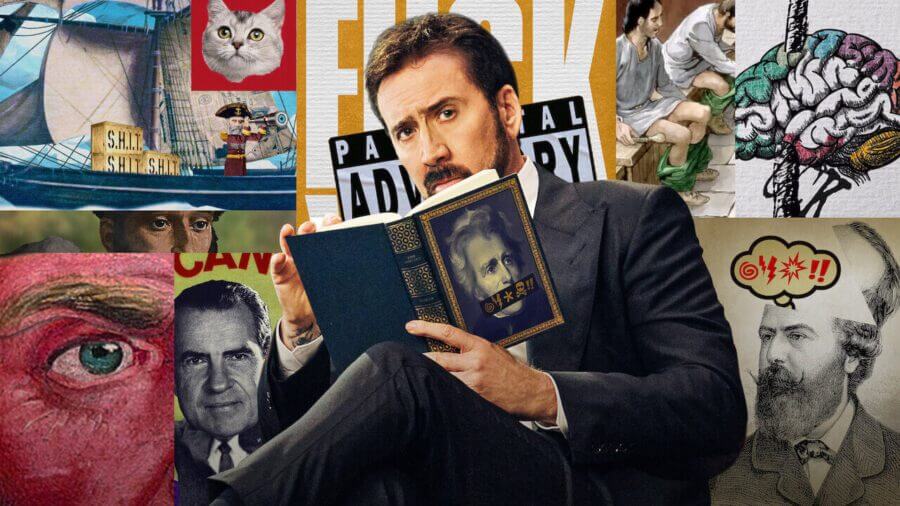 It’s been a busy week of Netflix Originals being added to the library. In particular, we’ve seen plenty of new TV series added, and we’ve selected the best of those added to Netflix this week.

For hundreds of years, if not thousands, swear words have been a large part of our culture. Hosted by Nicholas Cage, each episode dives into the history of some of our most popular swear words. From f**k, sh*t, bitch, d**k, pus**y and damn, we learn the history behind the curse words, and their cultural impact, while a bunch of celebrity guests also take part to express their feelings and thoughts on them too.

Perhaps it was a couple of decades late, but with the recent resurgence in the Bad Boys franchise, it shouldn’t come as a surprise that a spin-off series has been produced.

Former DEA agent Sydney Burnett now works for the LAPD. Sydney is partnered with Nancy McKenna, a working mother who is envious of Syndey’s freedom, and lifestyle. Together, the pair are a force to be reckoned with as they take on Los Angeles’s most dangerous criminals.

After spending years in prison for a crime he never committed, Raphel Rowe travels the world in search of the most dangerous prisons. Voluntarily going behind bars in the toughest prisons imagineable, audiences are given never before seen look into what happens inside the world’s toughest prisons.

The French drama is based on the famous Arsene Lupin novels by author Marice LeBlanc. We suspect the series will be very popular north of the border, but there’s still plenty to enjoy from the series for US subscribers.

The gentleman thief Assene Diop is on a mission to avenge his father after injustice was inflicted upon him by a wealthy family.

Legendary director Martin Scorsese directs and takes part in Fran Lebowitz’s wander around the city of New York as she discusses her life and career through her dry wit and intelligence.

What TV series have you been watching on Netflix recently? Let us know in the comments below!

Series Like 'The Office' on Netflix To Fill The Void