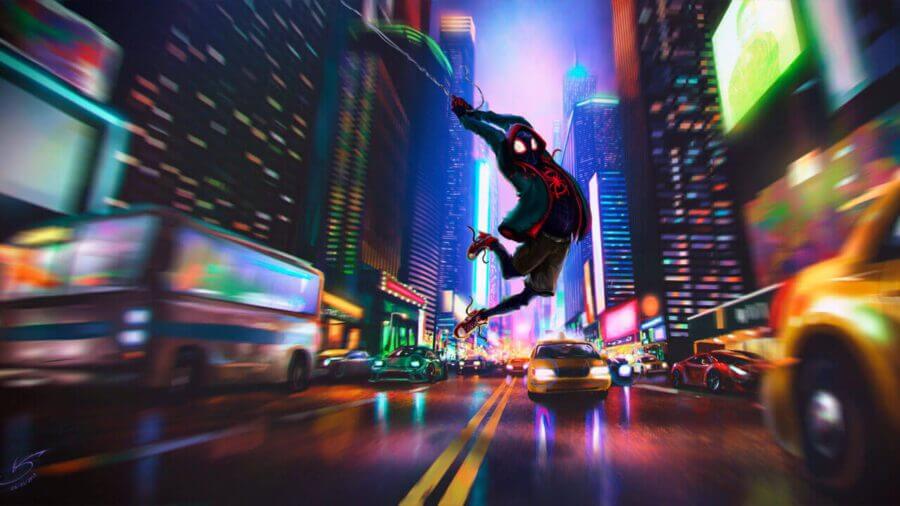 Spider-man: Into the Spiderverse is popular on Netflix this week

Welcome to another weekly edition of what’s hot on Netflix. A weekly column where we run through several data points to hopefully give you a new show or movie to watch based on what others are watching. Of course, the data is completely unofficial (with one exception) but should give a good idea on what’s popular right now.

Among the big titles this week include the Sony Pictures Animated release Spider-man in the US, Netflix’s pick up of Shaft for international audiences and the regular TV shows including Black Mirror, Designated Survivor and Lucifer.

Shaft now streaming on Netflix outside the US

Every week (with the exception of last week for some reason) Netflix UK’s social media accounts releases a list of what’s hot on the service right now. Last Friday, Netflix internationally picked up the streaming rights to Shaft which is currently airing in cinemas in the US.

As a reminder, only the United Kingdom Netflix account announces its weekly top 10 list with the promise that if it does well, it’ll be rolled out to other regions in the future.

Things you need to know about Shaft:

This week only the headline titles were announced in the top 10. A few weeks back we got breakdowns of different genres.

This week, a TVTime binge report record was broken with Lucifer clocking in once at again at the top spot. We’ve seen a few titles moving around the top 10 outside of Lucifer retaining its number one spot.

We’ve marked those in italics that are unavailable on Netflix in the United States but other region availability may vary.

Spider-man: Into the Spiderverse available on Netflix in the US

We’ve tweaked our list ever so slightly this week to only include additions from the past 7 days rather the 31-day list we’ve been doing up until now. Hopefully, this gives you more of an idea of what’s new and what’s popular.

This list is sourced from our what’s new on Netflix section where we count the clicks out to Netflix. The list includes titles specifically on Netflix in the United States although each title will vary region to region.

Every day, IMDb’s top list known as MOVIEMeter gives you an idea of the titles hottest in its database. We’ll take you through the top 10 titles that are streaming on Netflix and where they sit on the list.

We hope that gives you some insight into what’s hot on Neflix this week. Let us know what you’re watching in the comments below.