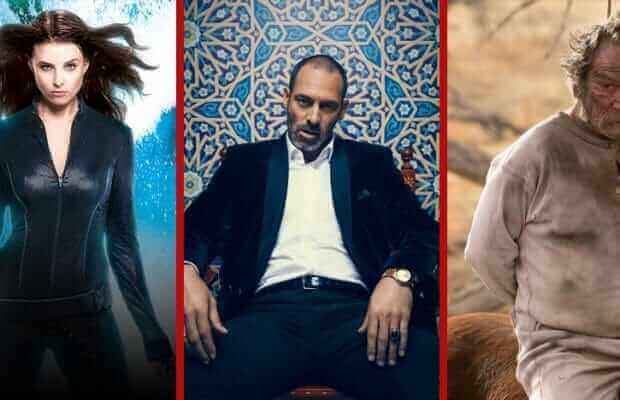 It’s now 2017 and that means that Netflix will be welcoming a host of new titles to its screens in every area. For Australia a total of 89 films and shows have been introduced for you to start of with, 28 New Movies, 33 Documentaries and 27 TV shows. We have chosen three titles that have stood out, among this large amount, for us to talk about and for you to consider watching.

The first pick is the popular Action, Drama, Thriller ‘Tyrant’ starring Adam Rayner, Jennifer Finnigan and Ashraf Barhom. Tyrant is a story about a powerful family in an unstable Middle East nation that is battling for dominance and to keep their power. It’s a very gritty well-acted and scripted show produced by FX. A younger son of the family takes advantage of the family’s wealth and leaves as a young boy to live in the US, but after 20 years is called back for his brothers wedding but is trapped in the deadly games of the tyranny his farther and family is causing. A must watch Thriller.

Our second pick for this addition is ‘The Homesman’ a western drama written, directed and starring Tommy Lee Jones. It’s a realistic take on the old west and follows Miss Mary Bee Cuddy a selfless woman who has to transport three insane women across the country in a wagon, risking being captured by natives or rapists. She is accompanied by a Drifter, Tommy Lee Jones, who she saved after founding him with a noose around his neck sitting on his horse, waiting for his demise. Both actors perform amazingly and it’s definitely worth a watch.

The final choice for this week is the first season on ‘Continuum’ a 2012 Action, Sci-fi, Thriller about a detective from the year 2077 who finds herself in the present day along with a terrorist group (Freedom Fighters) that cannot be controlled. It’s an interesting show that plays with good ideas. The show is unique in the way it does not choose sides but challenged the viewers to make their own moral choice. Anyone who likes sci-fi Thriller premises should give this a watch.

Read on for the full list of all 89 new releases: