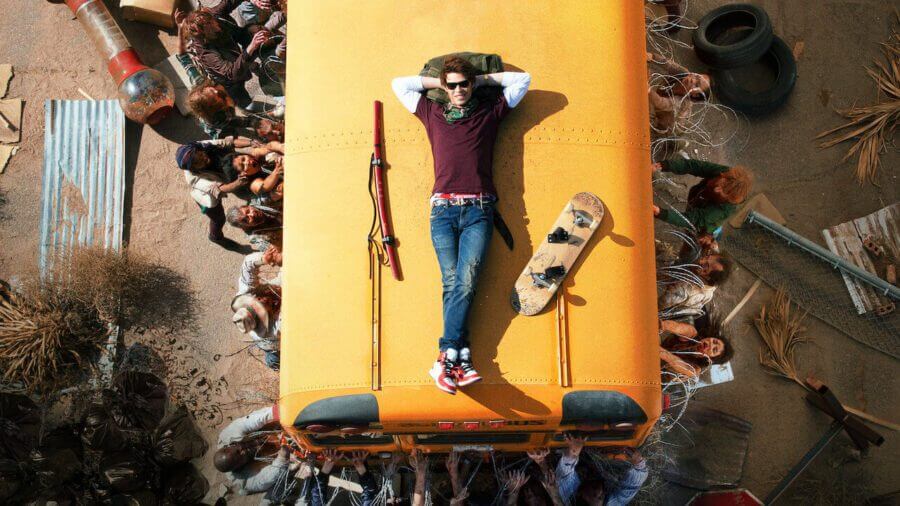 Daybreak season 1 is now available to stream on Netflix Australia

With a week left to go before the beginning of November, Netflix still has plenty of new titles for the Australian library. There are 29 brand additions to be enjoyed this week, and plenty more to look forward to next month. Here’s what’s new on Netflix Australia this week for October 25th, 2019.

Adding another notch to the list of Originals with Zombies is Asap Entertainment’s Daybreak. Based on the comic book series of the same name, Daybreak is one the most fun Originals to arrive this October. With ten deliciously bloodied episodes, there’s a fantastic binge awaiting you this weekend.

Brought to you by the team behind Our Planet, Silverback Films, is Dancing with the Birds. David Attenborough isn’t providing his sweet dulcet tones for this Original, Instead, Stephen Fry will be providing his eloquent vernacular as we are treated to the delightful mating ceremonies of the birds of paradise.

You just got PUN-, excuse us, that’s the wrong show and decade. Starring in his own prank series is Stranger Thing star, Gaten Matazarro. From sentient bears to slasher serial killers, Matazarro’s elaborate pranks terrifies his victims while keeping the audiences entertained throughout.