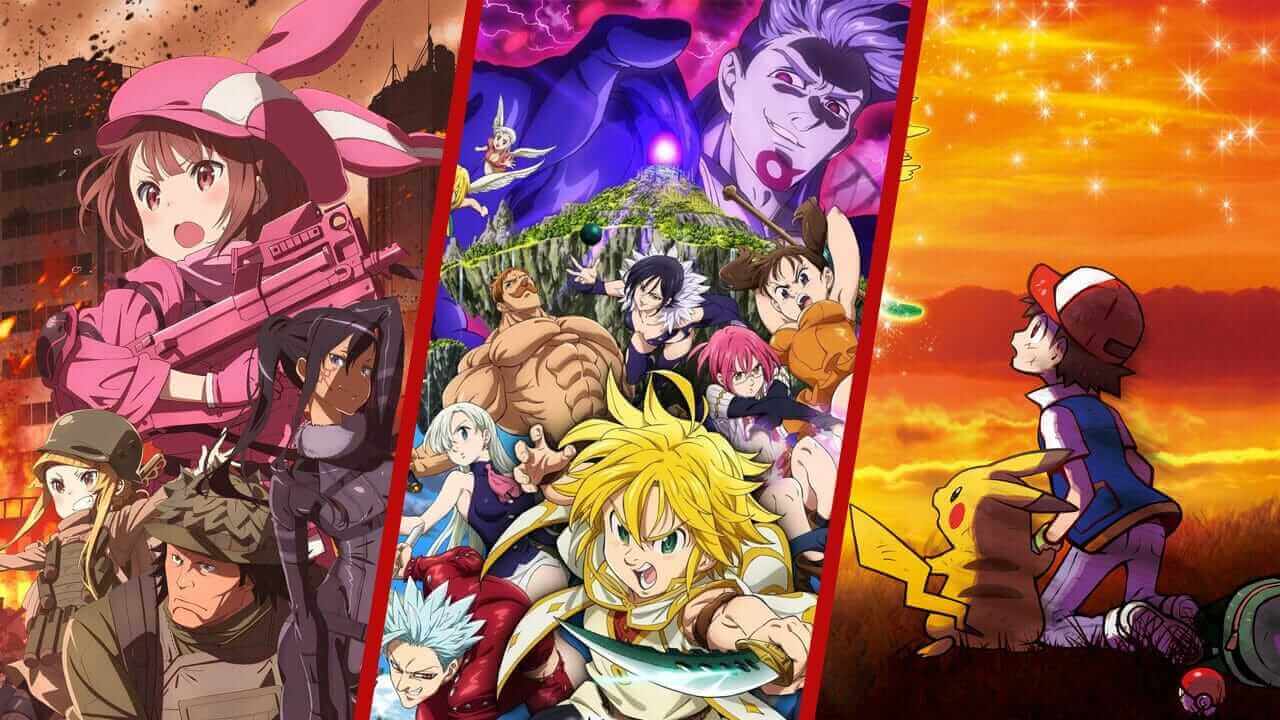 Aggretsuko: We Wish You a Metal Christmas Netflix Original

Aggretsuko the adorable death-metal singing Red Panda was a smash hit when the series debuted in April of 2018. The Christmas special was also a great hit with fans and left many clamoring for more Aggretsuko.

Retsuko becomes so obsessed with getting likes on Instagram that she forgets to make plans for Christmas Eve.

The Seven Deadly Sins the Movie: Prisoners of the Sky

The Seven Deadly Sins is arguably the flagship anime Original on Netflix. With 3 excellent seasons on Netflix already, fans were ecstatic to see that the film also arrived on Netflix at the end of 2018. While the film hasn’t been given an Original status it was a nice stocking filler for fans waiting for the fourth season of the popular anime.

In the sky of Liones, a race of winged humanoids descended from Angels protect an evil sealed 3000 years ago. When members of the Demon Clan known as The Six Black Knights attempt to release this evil, it is up to the members of The Seven Deadly Sins to help stop this evil from being resurrected.

While Durarara!!X2 isn’t ‘new’ it’s a welcome re-addition to be sure. Sadly Netflix only has 12 of the 39 episodes that the series has to offer. Hopefully, Netflix will be able to add more episodes at a future date.

Six months after turmoil rocked the city of Ikebukuro, peace has returned. But the headless Celty still rides, and a new scheme is afoot.

One of the longest mainstays in both manga and anime history Detective Conan has a huge amount of history in Japan. With almost 1000 episodes under its belt, it’s a shame that Netflix couldn’t acquire more content under its re-addition to the network. With only 52 episodes available to stream Netflix has a long way to go to please fans with more Detective Conan.

Turned into a young boy by a sinister potion, teen sleuth Conan helps solve baffling crimes while tracking down the nefarious agents who poisoned him.

The third and final entry in the animated Godzilla trilogy, the release was highly anticipated amongst invested subscribers. The CGI style animation has left certain fans on a 50/50 split but nevertheless many millions of subscribers have enjoyed the trilogy worldwide.

With the earth alliance weakened, Haruo weighs siding with the Exif, whose death cult is summoning a monster that can destroy the world.

Sword Art Online is definitely one of the most popular anime titles on Netflix. Not only is it popular on Netflix but the franchise as a whole has grown massively worldwide over the past few years. This series is a spin-off of the popular series and takes place within the game played throughout the the first half of season 2 of Sword Art Online. For anyone looking to ease themselves into anime make sure to give Sword Art Online a try.

College student Karen takes up Gun Gale Online and gets a reputation as the Pink Demon. Then her gaming buddy Pitohui asks her to join the Squad Jam.

What anime titles have you been watching on Netflix? Let us know in the comments below!