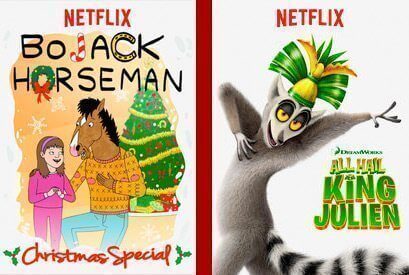 I can’t believe it’s nearly Christmas and what better way to celebrate than with a Christmas Special of Netflix’s own “BoJack Horseman”? BoJack hates Christmas and when Todd turns up with a giant candy cane and selection of old “Horsin’ Around” videos, BoJack agrees to watch them – if only for the royalties. Will BoJack come around and actually enjoy Christmas?

Another Netflix exclusive has also been added this week with DreamWorks’ “All Hail King Julien”. The undisputed star of the Madagascar films returns in this animated comedy series meeting a host of new animals in the jungle and going on various new adventures.

So from myself and the rest of the What’s On Netflix team, have a great Christmas!