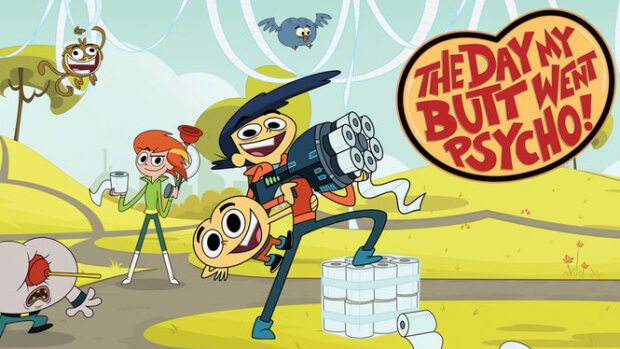 It’s been a quiet week for the start of a new month but there are a few goodies for you all on Netflix UK.

A few big series have been updated this week. Season 7 of “Sons of Anarchy” has been added alongside season 5 of the sci-fi series “Warehouse 13”. Netflix’s exclusive anime series “Knights of Sidonia” has had season 2 added as well as season 5 of “White Collar”.

The 2014 thriller “The Guest” has checked in too. The Peterson’s lost their son, a soldier, recently and when a stranger appears at their home claiming to be a good friend of his then he is welcomed in. However, after a series of accidental deaths that seem linked to their new guest, things seem to take a turn…

And, finally, the award for Weirdest Title on Netflix goes to “The Day My Butt Went Psycho!”. 2 seasons of this slightly obscure kids series have been added. Words honestly fail me, so this is how Netflix describes the series: ‘A boy and his best friend — his newly detached butt — embark on wacky adventures in a world where humans and their butts live side by side.’