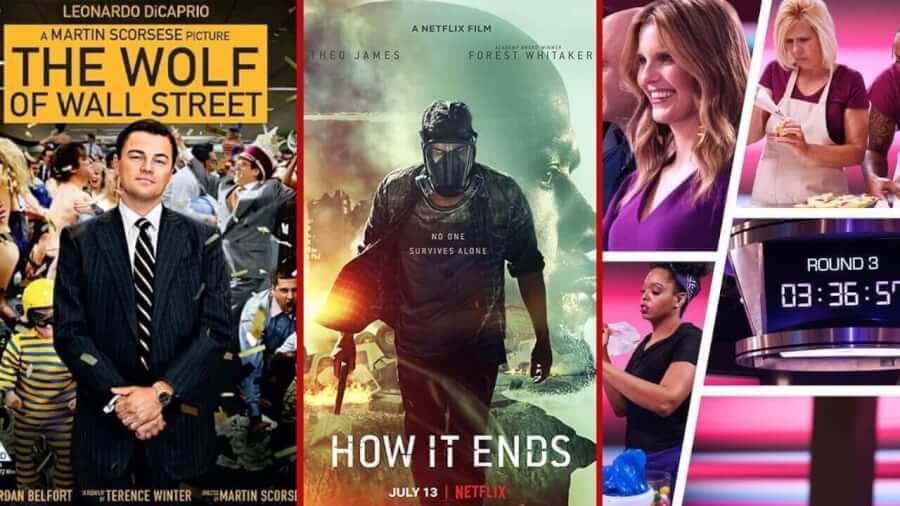 The Wolf of Wall Street, How it Ends & Sugar Rush

Last week we were spoilt with the number of new titles that Netflix UK added. This week, however, there’s significantly less as there’s a total of 21 new titles. This includes eight new movies, eight new TV series, four documentaries and one new standup. As we do every week, we’re going to recommend three out of the whole list and give you the details you need to decide whether to watch it. We encourage you to check out the whole list – trust me, it won’t take you long with the few titles added this week!

We all know him. We all love him. We all commend him. Leonardo DiCaprio plays Jordan Belfort in the 2013 movie The Wolf of Wall Street. It all began at a Wall Street brokerage firm, where Jordan took an entry-level job to get his foot in the door. A few years later, he became a successful businessman with his own firm. DiCaprio’s character, along with his trusted employees, make their fortune and live the high life. Don’t be fooled, this movie is far from innocent. There’s plenty of deception, sex, drugs and money. DiCaprio won the Golden Globe award for ‘Best Actor – Motion Picture Musical or Comedy’ for his performance in this film.

We all have dreams. One person’s dreams will be different from the next but most of us have key goals in our lives. For Dong Shancai, it’s doing really well at her dream University. Things change quickly when she meets a group of popular people.  Meteor Garden (2018) is a Netflix Original that shows the life of Dong at University and her adventure there forward. Although Dong is primarily determined to make it through University, she meets someone along the way and it blossoms into something great. The show stars Shen Yue, Dylan Wang and Darren Chen.

Everyone loves a good baking show with plenty of action, drama and food – right? Sugar Rush (2018) is a Netflix Original featuring teams who race against each other to create the best invention. As you may have guessed from the title, the show is all about the sugar and sweets, so you can expect plenty of interesting creations. There’s a total of one season available on Netflix UK, which includes eight episodes all at around 50 minutes long. It is hosted by Hunter March and judged by pastry chefs Candace Nelson and Adriano Zumbo. You can expect tasty surprises and plenty of fast-paced rounds.

See the full list of 21 new titles this week: