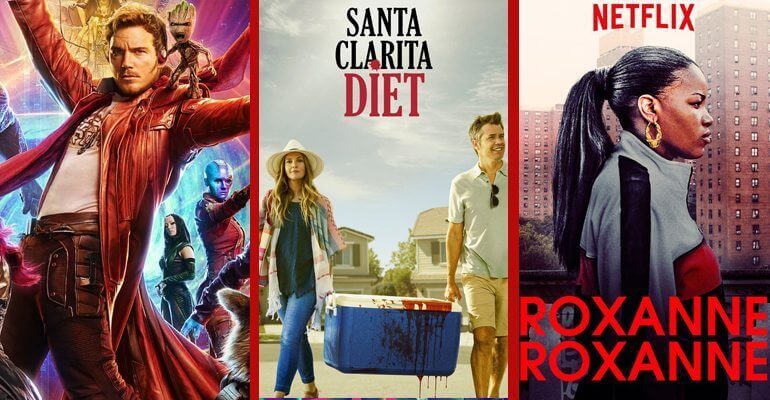 Did you know that Netflix UK has released 35 new titles this week so far? Well, if you didn’t, now you do. This includes 22 new movies, one new documentary, 11 new TV series and one stand-up special. As per usual, we’re going to recommend three out of the list that we think you’ll enjoy this week. The weather may not be on our side at the moment, but Netflix sure is and there’s plenty of entertainment to keep you company on those chilly evenings.

Everyone has their own problems, the things that stick with them and can easily push their buttons. Everyone has their strengths too, and they can be used for good or evil. One of our favourite films added this week is Guardians of the Galaxy (2014), which is all about the most unlikely people becoming heroes. They’re quirky, funny and fearless. The group involves Peter Quill, a man of many talents, Gamora, his green-friended love interest, and Drax the Destroyer. Not forgetting the talented raccoon, who changes his ways to do good things, along with a tree called Groot, who, let’s face it, is everyone’s favourite character. This film is based on Marvel comics and is amusing in its own special way. As you might expect, this unlikely team are together to save the universe.

Santa Clarita Diet is a show that you’ll either adore and want more, or hate and won’t rate. What would you do if you woke up one morning and suddenly had the unmistakable desire to indulge in human flesh? Would you give in to your craving or find a way to calm your needs? Joel and Sheila lead a normal life, all until their world is turned upside down… Sheila struggles to continue her life as a real estate agent, mother, and general good human being as she tackles with her newfound transformation. Who knew that comedy and horror could go so well together? Season two of this series was released this week, with each episode lasting almost half an hour.

Sometimes you have to do everything that it takes to look after your family and yourself. The big wide world can be dangerous no matter who you are. Roxanne is on her way to becoming a star and at only 14 years old she found her talent: hip-hop. The Netflix Original film Roxanne Roxanne focuses on the life of a strong female character who had to find her way through life in Queensbridge Projects in New York City. It is based on the rapper Roxanne Shante, who was born with the name Lolita Shanté Gooden.

Check out the full list of 35 titles added to Netflix UK this week: