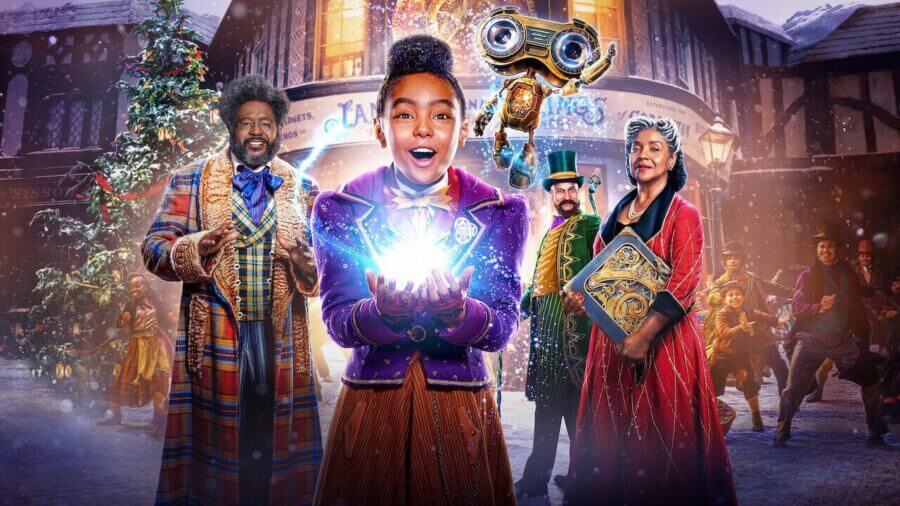 Jingle Jangle: A Christmas Story is now available to stream on Netflix UK

It’s a much quieter week on Netflix UK with the addition of only 28 new movies and tv series on the UK library. Despite the lack of quantity, there’s still enough quality to keep you busy in the week ahead. Here’s what’s new, and most popular on Netflix this week for November 13th, 2020.

Musicals and Christmas go hand in hand, and Netflix may just have released a future Christmas classic as an Original. Jingle Jangle will put a spring in your step this holiday season with an excellent soundtrack, cast, and story.

In the snowy town of Cobbleton, there lives an eccentric toymaker, Jeronicus Jangle, whose marvelous creations are filled with whimsy and wonder. But after the betrayal at the hands of his protegee, Jeronicus becomes withdrawn. Down on his luck, it’s up to his adventurous and bright young granddaughter and a magical invention to save Christmas.

A holiday-rom-com that we know has already been especially popular with teen subscribers. We’re expecting to see Dash & Lily as one of the most-watched Originals on Netflix this Christmas.

Unlucky in love teenager, Lily, leave a red notebook on the shelf of her favorite bookshop. The book contains a dare, and Lily awaits the right guy to accept her challange. When Dash finds the notebook and accepts her challenge, the pair begin a scavenger hunt that takes them across Manhattan. With each passing dare, the pair begin to fall in love with each other, but will their chemistry on the pages be the same in person?

On a week that we mourn and celebrate the lives of the men that sacrificed theirs so we have the freedoms we enjoy today, it was only right for The Liberator to arrive on Remembrance Day.

Both, Spider-Man: Into the Spider-Verse and The Queen’s Gambit dominated the past week’s top spots on Netflix UK.