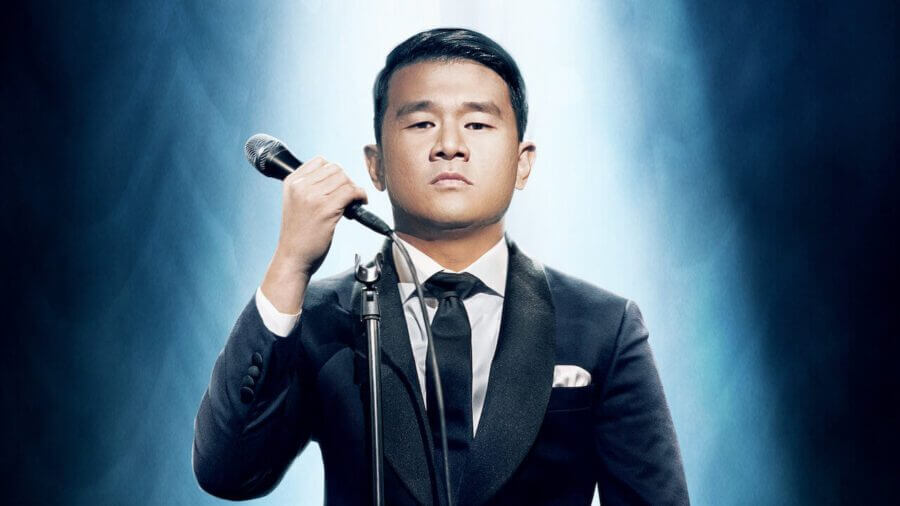 It’s a double dose of stand up today on Netflix UK. There are only two new additions to the UK library, but thankfully we’ve seen plenty of new titles added this week. Here’s what’s new on Netflix UK today for December 17th, 2019.

There’s plenty more to look forward to on Netflix UK in December 2019.

Ronny Xin Yi Chieng or better known as Ronny Chieng has fast become one the most popular Asian stand-up comedians around. Chieng is well known for his work as a senior correspondent on The Daily Show, and also as the creator of the popular Comedy Central series Ronny Chieng: International Student. Most recently the comedian has starred in the comedy Crazy Rich Asians.

On his first Netflix special, Ronnie Chieng is coming after America! Taking to the stage with his rip-roaring routine, he’s not afraid to come at America, breaking the wall down brick by brick.

While not a stand-up special, but a film about a stand-up comedienne, Funny Cow is your second dose stand up dose of the day on Netflix UK. Starring the amazing Maxine Peakes, this witty comedy with have you howling with laughter one second, but bring you down to earth the next with its grit.

Using her own troubled past as material for her stand-up routine, a comedienne takes to the working men’s club of Northen England to rise up the ranks of the comedy circuit.

The following titles arrived on Netflix UK on December 16th, 2019:

What are you watching on Netflix UK today? Let us know in the comments below!