‘Thunder Force’ Netflix Movie: What We Know So Far 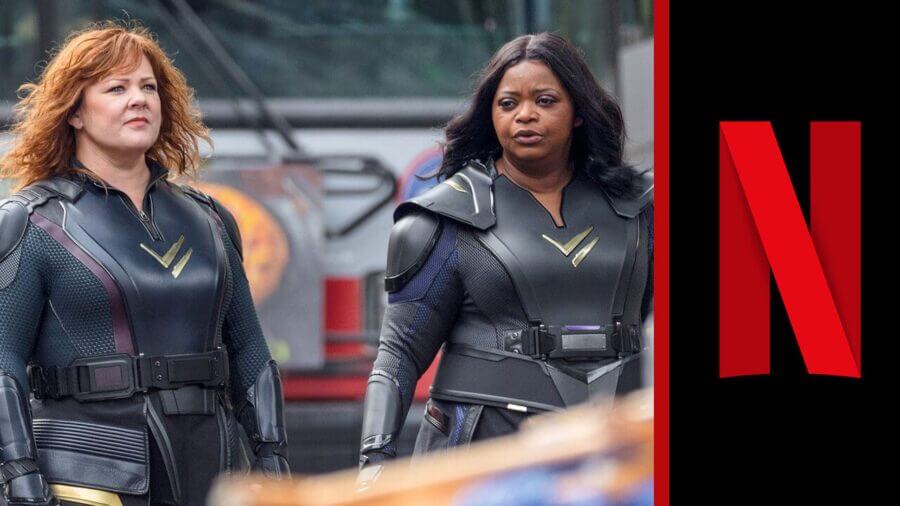 Thunder Force is an action-comedy movie featuring Melissa McCarthy due to release on Netflix at some point during 2020 (or maybe even in 2021). Here’s the latest and everything we know about Thunder Force.

Set in the superhero genre, the movie’s synopsis looks to have been revealed back in February 2020. Here’s what’s expected:

“In a world terrorized by super-villains, one woman has developed the process to give superpowers to regular people.

The official premise given so far is “Two ordinary women suddenly develop superpowers that usher them into the superhero world.” The movie was first announced with McCarthy’s involvement back in March 2019.

Whos’ behind Thunder Force on Netflix?

The production company behind the movie (Marc Platt Productions) is also behind the likes of Aladdin and Mary Poppins Returns for Disney, Nappily Ever After for Netflix and other hits such as Bridge of Spies and La La Land.

The movie itself has been written and is being directed by Ben Falcone who is also spouse to leading lady, Melissa McCarthy. Ben Falcone has been involved in a huge library of movies in various roles such as actor, producer, and writer.

Where is Thunder Force is production?

On September 25th, Ben Falcone took to Twitter and Instagram to announce that production had started on the movie while sporting a meme-worthy suit with pictures of himself.

Day one of filming. I always request that Steve Mallory wear the various “Ben-themed” items of clothing that I graciously provide to him. He looks amazing. 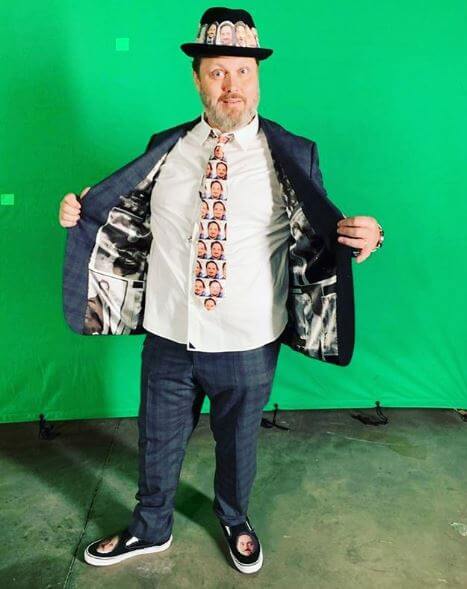 In late October, some behind the scenes footage was shot by various members on Twitter which revealed the costumes of the superheroes.

Omg they are doing a new Netflix show! Its called Thunder Force! https://t.co/IiEZuxCWSt

In late October 2019, some photos were also found of Pom Klementieff’s role in the movie too. She sports a bloody lip and a big coat.

Filming is set to take place throughout October and into November with some additional roles which reveal that the movie itself takes place in Chicago. The advertisement which is listed on Backstage asked for: “Talent, aged 18 and older, is wanted to portray Chicago citizens and campaign supporters in background roles.”

From this, we also know that the majority of the movie is being filmed in Atlanta, Georgia.

DailyMail who is notorious at being able to get behind the scenes footage also posted some onset footage from the production of Thunder Force on October 24th.

In October 2020, it’s believed that the movie was near completion on production with the soundtrack being recorded in Los Angeles.

The main actress in this title is Melissa McCarthy. Melissa is a Hollywood superstar with her roles in various comedies being both profitable and generally well-received.

The other two main initial cast members announced for the movie are Octavia Spencer who is known from her breakout movie, Hidden Figures. The other actress cast is Melissa Ponzio who is set to play the role of Rachel Gonzales.

In October 2019, it was announced that Pom Klementieff who herself is widely known for her role in a superhero universe. She plays the role of Mantis in the MCU but also featured in 2019’s season five of Black Mirror in the episode “Striking Vipers”. As of the time of writing, Pom’s character name had yet to be revealed.

In January 2020, Tyrel Jackson Williams was attached to the project. He’s known for his roles on comedies including Lab Rats for Disney and Modern Family for ABC.

Tyrel Jackson Williams who has appeared in Lab Rats, Failure to Launch and Modern Family will appear in Netflix's #ThunderForce a new movie coming later in 2020. pic.twitter.com/2r7r9g9C4n

Here are some of the names of the other cast members listed to be in the movie:

When will Thunder Force be on Netflix?

No official Netflix release date has been announced for Thunder Force just yet.

On December 15th, 2019, it was reported that filming on the movie had concluded and the title enters post-production.

Thanks to several in-depth movie previews, it is expected that Thunder Force will be streaming on Netflix by the end of Spring 2021.

Ben Falcone and Melissa McCarthy working on another Netflix project

Thunder Force isn’t the only project the duo are currently working on. In December 2020, Variety revealed that Netflix would be teaming up with the pair on a new comedy series called God’s Favorite Idiot.

Here’s what you can expect from that series:

Are you looking forward to Thunder Force coming to Netflix sometime next year? Let us know in the comments down below.