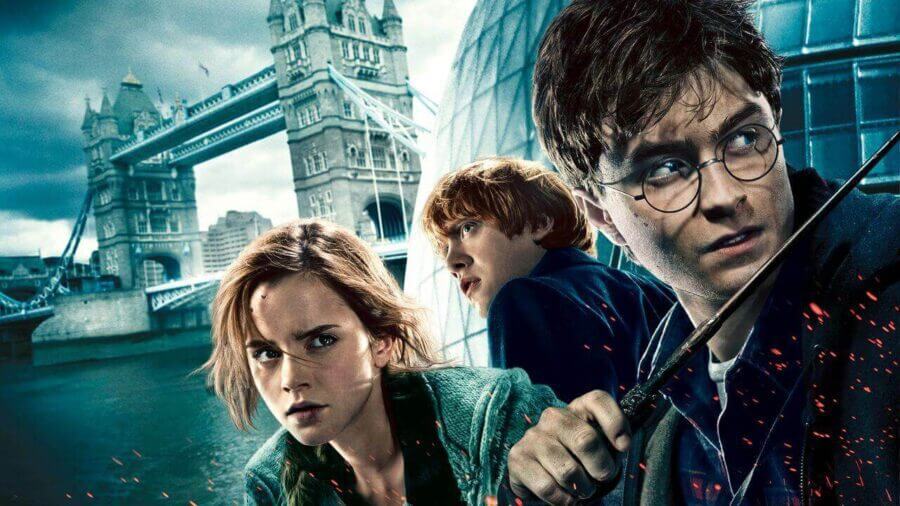 The Harry Potter movies’ presence on Netflix comes and goes but ultimately depends largely on where you live in the world. Here’s the currently streaming status of Harry Potter on Netflix and where you can find it if it’s not available.

Before we begin, here’s some context on what exactly Harry Potter is and who distributes it, as this will be important later on.

You’re all probably familiar with the Harry Potter films by now. The adapt the J.K Rowling books across eight movies that cost a combined $1.2 billion to make but ended up bringing in $7.7 billion at the box office. It features Daniel Radcliffe as the young wizard who heads to Hogwarts to discover he has a large part to play in the coming years.

Harry Potter is distributed solely by Warner Brothers except in the US where it sold off the rights as we’ll get into shortly.

The series has also spawned a spinoff franchise under the Fantastic Beasts name which also has mixed availability across Netflix.

Here’s a breakdown of every Netflix region currently streaming any and all of the Harry Potter movies. As always, this data comes from Unogs.

Other regions have streamed Harry Potter in the past. As you may know, Netflix will get the Harry Potter movies under a license which means it pays for the movies for a fixed amount of time.

Here are a few significant times Netflix picked up the license in various regions.

In November 2018, Netflix in France and Belgium were recipients of the eight Harry Potter movies.

In January 2019, Netflix in Australia and New Zealand were recipients of all eight movies too. However, they all departed in January 2020.

Where is Harry Potter streaming in the United States?

The US is one of the global regions of Netflix that has never seen Harry Potter in any form stream.

That’s largely because, in the US, Warner Brothers doesn’t currently have direct control over the franchise. Instead, NBCUniversal bought the rights to both Harry Potter and Fantastic Beasts back in 2016.

When the current deal with Universal concludes, we suspect WB will decide to keep it for HBO Max from then on making it near impossible Netflix picks up the movies.

The Netflix DVD service is still in operation in the US, however, where you’ll find all the movies available on DVD and Blu-ray.

Instead, Warner Brothers has a close relationship with Sky (recently renewed for another 5 years) who operates its NowTV platform who rotates Harry Potter on and off the service. As of the updated publish date (April 2020), the entire franchise is available on NowTV.

Why Harry Potter may stop coming to Netflix globally

Although some regions do get Harry Potter, we suspect that will slowly stop being the case over the next decade or so.

That’s because WB is going toe-to-toe with Netflix with its own HBO Max platform. As it expands globally, it’ll begin taking back rights to its licenses and stop licensing them out to the Netflixes and Amazon Primes of the world.

There you have it, the complete 2020 guide to streaming Harry Potter on Netflix.