Part four of Baki isn’t happening… but technically is. By that we mean the final arc of the Baki story will conclude with a new Original anime series titled Baki: Hanma. The epic end to the martial arts anime is expected to look bigger and better than ever for its climactic showdown.

Baki Hanma is an upcoming Netflix Original martial-arts anime series and is the sequel to the anime Baki. The anime is based on the manga of the same name by author Keisuke Itagaki. TMS Entertainment will remain as the production company behind the anime series.

What is Baki Hanma?

In a confusing state of affairs, it has been revealed that the story of Baki will conclude with a new anime series, Baki Hanma.

Judging by the press release and the footage shown of the upcoming Original, TMS Entertainment intends to make Baki Hanma the greatest designed anime of the entire franchise.

The fact that TMS Entertainment has decided to create an entirely new anime must mean we’re in for something special.

What is the story of Baki Hanma?

The final season of the franchise will see some of the most epic moments from the manga finally come to life. In particular, Baki’s climactic showdown with Yujiro.

Yujiro and Baki will finally have their fated showdown in Baki Hanma: Son of Ogre

When is Baki Hanma available to stream on Netflix?

We previously speculated that a part 4 of Baki could potentially be coming to Netflix in December 2020. 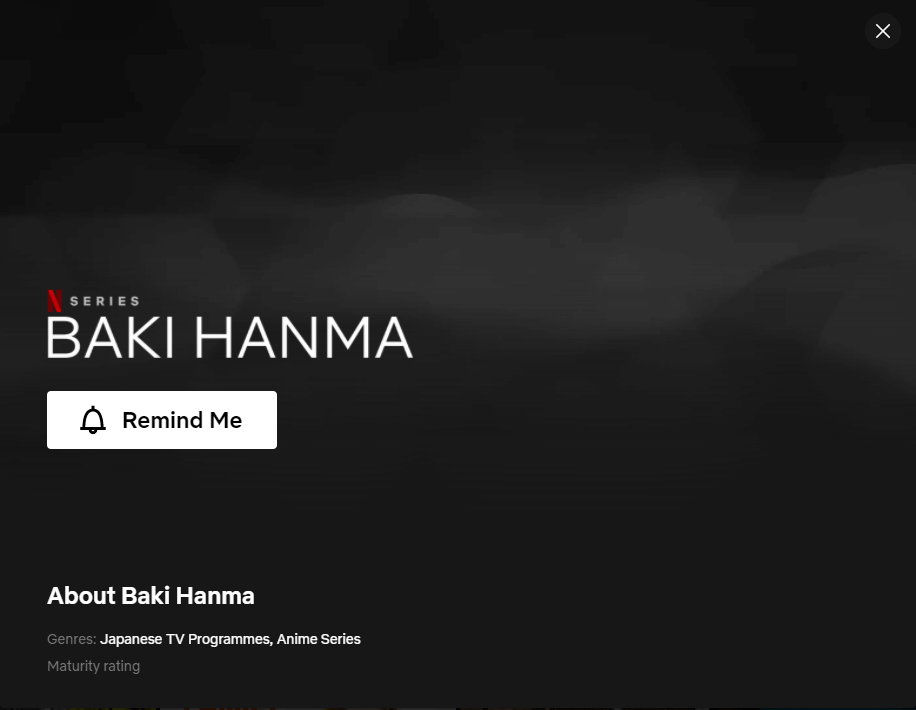 With the latest announcement that the Baki anime series is over and will continue with Baki Hanma, it’s unknown when the series will debut on Netflix. This is due to an expected increased time in production.

It’s also unknown what the number of episodes will be for the upcoming anime series.

We can expect to learn more soon.

Are you excited for the release of Baki Hanma on Netflix? Let us know in the comments below!