What's on Netflix > Netflix News > Are Seasons 1-4 of Chicago Med on Netflix?

Are Seasons 1-4 of Chicago Med on Netflix? 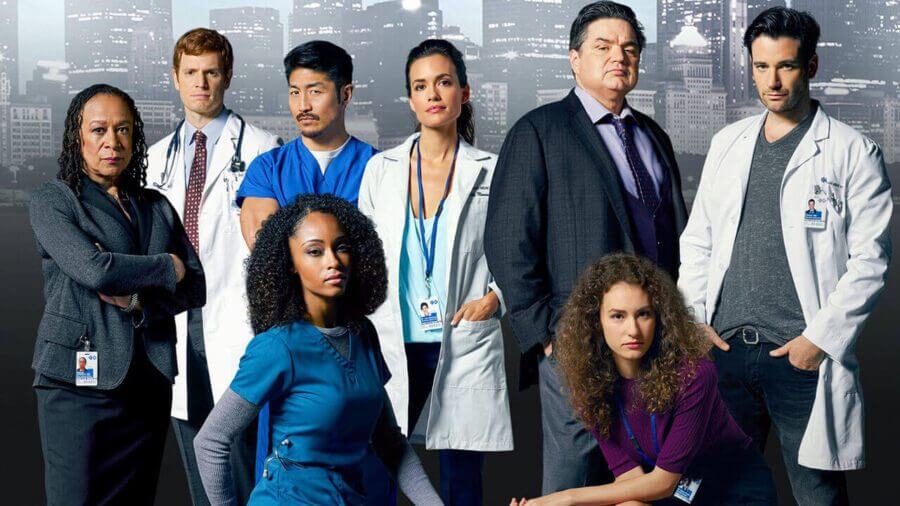 We’re almost at the end of the fourth season of Chicago Med and with the fifth season confirmed to be on the way, there’ll be plenty of subscribers looking for the series on Netflix. Unfortunately, you may well be out of luck if you’re hoping to find it on the big red brand. So is Chicago Med on Netflix? If not where can I find it? Let us help you with that.

Chicago Med is a medical-drama series based on the Chicago franchise by Dick Wolf. The medical drama is the third entry to the series and like Chicago Fire and Chicago P.D., characters often crossover between the shows.

Within the emergency department at the Gaffney Chicago Medical Center, both doctors and nurses work to save the lives of the citizens of Chicago. When the staff isn’t busy saving lives, they struggle in their own way to navigate through their friendships, relationships, and hardships.

Is Chicago Med on Netflix US?

Sadly for any fans looking for a positive answer, you’re not going to find one here. For any longtime fans of Chicago Med, you would have known that the series has never been available on Netflix. The home of Chicago Med is currently Hulu and will be for the foreseeable future with distributor NBC owning a stake in the streaming service.

Will Chicago Med ever come to Netflix?

There’s certainly a chance that Chicago Med could come to Netflix eventually. The only issue is we won’t see the series streaming anytime soon as a whole bunch of NBC content is tied to Hulu until 2024. Once 2024 arrives and the NBC content leaves Hulu, then Netflix would be the perfect home for Chicago Med.

Although the likely home will be the ad-supported streaming service by Comcast, it may be up for license by the likes of Netflix.

Is Chicago Med streaming on Netflix in other regions?

Once again Netflix doesn’t currently carry the license to stream Chicago Med outside of the US, but we can help you find where to stream it.

Surprisingly in the United Kingdom, Chicago Med isn’t available on Now TV. This is because of the series current home on the Universal Channel. If you’re a Sky customer, then you can stream the series through the Sky Go app.

In Australia, Chicago Med is available on freeview.com where you can catch up on the latest episodes on the 9Now channel.

As for Canada, you can catch up on the latest episodes on GlobalTV’s website. Full seasons aren’t yet available to stream.

Would you like to see Chicago Med streaming in your region? Let us know in the comments below!