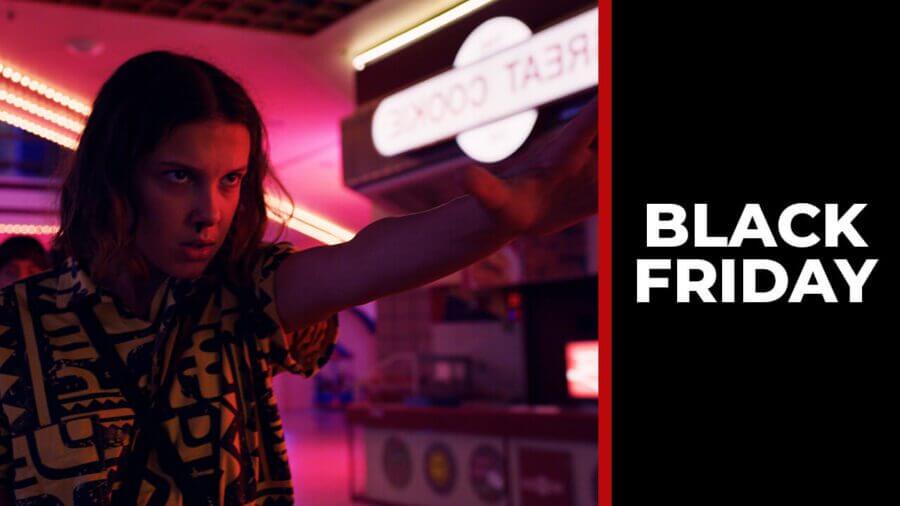 Netflix themselves don’t run special offers for Black Friday but that’s not to say you can’t pick up Netflix cheaper or perhaps more importantly, a new device or television to stream it on.

As we mentioned, Netflix doesn’t actually run Black Friday offers as their price remains consistent year round, something few streamers can say. Hulu this year for instance is slashing their ad-supported subscription costs considerably to only $1.99. How Netflix subscribers get compared 1-1 with other streamers is a little crazy given this but I digress.

Please note: All the deals we feature below will cover both the United States and United Kingdom variants. It’s worth noting that in most cases these deals apply more broadly around the world but will differ from region to region.

We do not make any affiliate money via any of the links below meaning we’re not compensated for any purchases. This post is simply to help you find good deals without any bias from our end.

The brand new Google Chromecast device released a little earlier this year and to encourage people to take it up, Netflix and Google have teamed up to give you six months of Netflix half price which is valid for new or returning customers.

In the United Kingdom, this deal is currently even sweeter with six months of Netflix offered free for any purchase of the new Google Chromecast.

You can see the CordCuttersNews review for the device below where they gave the device a glowing review despite some software issues that will likely be ironed out over time.

Best way to get Netflix bundled alongside something else in the United States is via the T-Mobile “Netflix on Us” deal but the major caveat and deal buster for most is that you need to have two or more lines with them. The other caveat is that this only gains you a basic Netflix subscription at the lower end. If you are looking for another line, however, you can find their deals here.

In the United Kingdom, Sky Television are currently running a Black Friday sale for Sky TV with Netflix included. The basic package currently is £27.50 a month down from £36 a month. That nabs you Sky TV basic and Netflix.

Out of all the streaming operating systems we’ve tested, our favorite still is the Roku which comes in many shapes and sizes.

One of our favorite devices of Roku currently is one that levels up any existing television by not only providing smart functionality but a quality sound upgrade in the form of a soundbar too.

If you’re on a super tight budget and just want a basic device, the Roku Express is currently on sale down to £17.98 in the UK from £29.99. We couldn’t find a similar deal in the US with Roku at least but the Fire Stick Lite is down to $17.99.

Netflix Free Trial in the UK

For those in the United Kingdom, the free trial does appear to be back although only if you’ve got clean cookies. The Netflix homepage currently advertises a 21 free day trial or a refund. We haven’t seen anything similar on Netflix in the US.