List of Movies and Series Starring Olivia Colman on Netflix 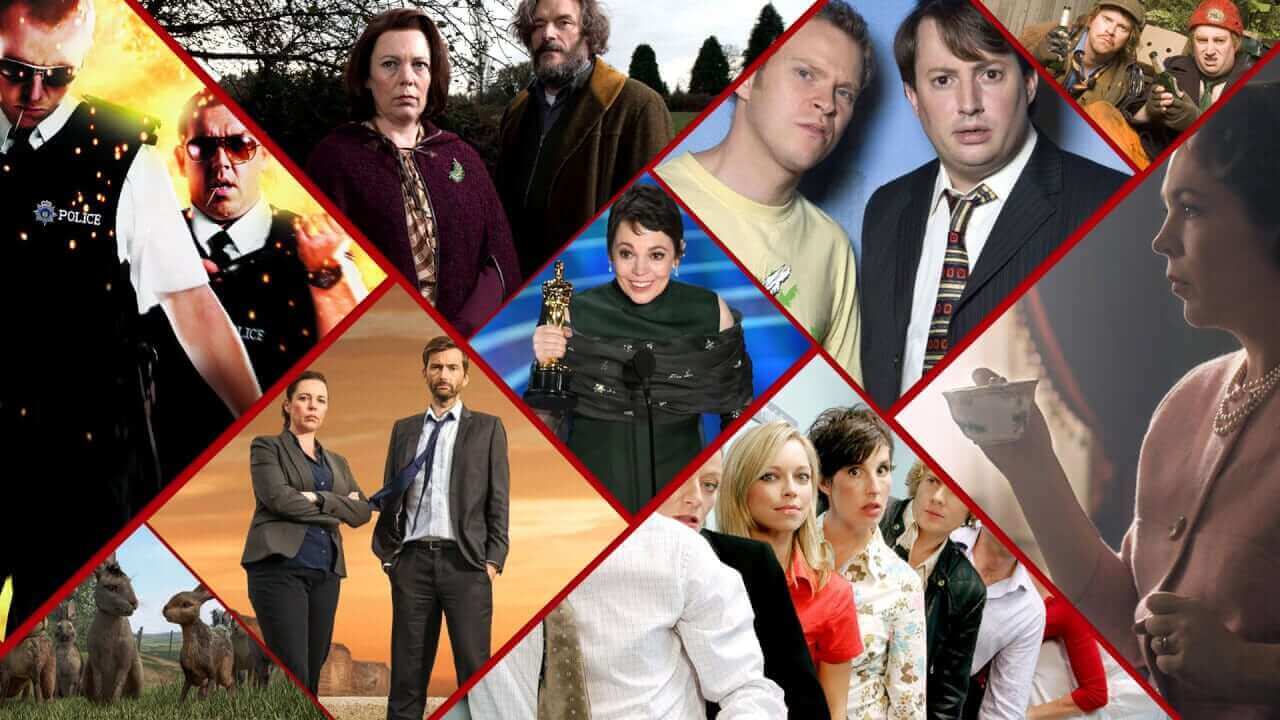 With a voice like Olivia Colman, it comes as no surprise that she’s provided her voice to many a voice role in her career. In the made for TV Thomas the Tank Engine film, Olivia Colman played the role of Marion.

A storm on the Isle of Sodor reveals giant footprints! Percy is scared there’s a monster on the loose, but Thomas will teach him how to be brave.

Thomas and Friends: Sodor’s Legend of the Lost Treasure (2015)

Olivia Colman reprised her role as Marion for another Thomas and Friends adventure.

As a new steam engine named Ryan arrives on the island, an abandoned pirate ship draws the attention of a sneaky treasure hunter.

The only actor to physically appear in the film was Tom Hardy. Once again Olivia Colman provided her voice for a role. Any fox eared fans will recognize Colman as the voice of Bethan.

Over the space of 90 minutes, Ivan Locke’s life spins out of control via a series of phone calls made while he drives down the highway to London.

Earth’s most sublime landscapes can also be the most forbidding. Discover how inhabitants survive and flourish in our planet’s harshest environments.

Here’s an interesting fact for you, actresses Olivia Colman and Helena Bonham Carter have both portrayed the Queen’s Mother. Colman in Hyde Park on Hudson and Carter in The King’s Speech. Why is this significant? Both actresses are in the upcoming third season of The Crown, with Colman taking over as Queen Elizabeth and Carter taking over the role of the Queen’s sister Prince Margaret.

President Franklin Roosevelt must deal with his official duties as well as the competing interests of his mother, his wife, and his mistresses.

Olivia Colman has appeared in plenty of Channel 4 titles and continues to show off how brilliant an actress she is. If you have a dark sense of humor then this black comedy is perfect for you.

Between a troubled marriage, a senile granny and twin siblings constantly in rivalry, a crumbling household struggles to barely keep it together.

Olivia Colman had already starred in plenty of TV Shows in one-off appearances and some recurring roles but Green Wing was one of the first titles in which the actress appeared more frequently. While not listed as one of the ‘main’ cast members she’s still just as brilliant. Green Wing is definitely an under-appreciated title that deserved to last longer than its 2 season run.

Medical emergencies abound in this award-winning and sharp-witted medical comedy that centers on the romantic indecisions of Dr. Caroline Todd.

The concept of The Lobster is certainly beyond intriguing, Certainly one of the more bizarre films of 2015 it is a surprisingly enjoyable watch. Colman takes more of a backseat role in this movie but certainly has a sinister presence about her.

In a near-future world, single people are hunted and forced to find mates within 45 days, or be turned into animals and banished to the wilderness.

While not in a leading role, Olivia Colman’s casting as Police Constable Doris was nothing short of perfect. Her comedic delivery was second to none and stood out amongst equally hilarious cast members.

Forcefully reassigned to the town of Sandhurst, Sergeant Nicholas Angel stumbles upon a conspiracy surrounding the grisly ‘accidents’ in the town.

Regions Streaming: Worldwide (except for the UK and Ireland)

The last of many voice roles in this list, Olivia Colman provided the voice of Strawberry in this retelling of the classic cartoon.

A warren of rabbits battles many threats on their daring journey to find a new home in this adaptation of the classic novel by Richard Adams.

That Mitchell and Webb Look (4 Seasons)

That Mitchell and Webb Look is the second series in which Olivia Colman frequently appeared in. The chemistry between the trio is fantastic and its clear to see how much fun the cast had in this hilarious british sketch show.

British sketch comedy lives on in the team of David Mitchell and Robert Webb, a raucous duo that specializes in pop culture parodies and spoofs.

It’s Mitchel and Webb again! The Peep Show without a shadow of a doubt is one of the best British comedies of the 21st century. The use of the POV camera was nothing short of brilliant and easily amplified the awkward and sometimes cringe-inducing humor of the show. Colman’s role as Sophie Chapman is certainly one of her most well-known roles to date. Her chemistry with David Mitchell was sweet, often awkward and always hilarious.

Thrown out by his girlfriend, slacker Jeremy moves in with his friend Mark, who has a very different but still dysfunctional view of the world.

Olivia Colman’s role as Ellie Miller was paramount to propelling the actress’s career. While this certainly wasn’t Colman’s first role out of comedy, it definitely became one she will always be remembered for. Alongside co-lead David Tennant, the pair really got to show off just how brilliant their acting ability is.

After a young boy is murdered in the small seaside town of Broadchurch, local detectives Ellie Miller and Alec Hardy are assigned the mysterious case.

Okay we know we’re cheating with this selection as Olivia Colman is yet to appear on the show. We just wanted to highlight how excited we are to see Colman take on the role of Queen Elizabeth. Replacing the brilliant Claire Foy she has big shoes to fill but considering how talented an actress she is, we fully expect for her to blow us all away. While she does have an Oscar already, maybe a future Emmy could be on the cards?

Which series or film starring Olivia Colman is your favorite? Let us know in the comments below!