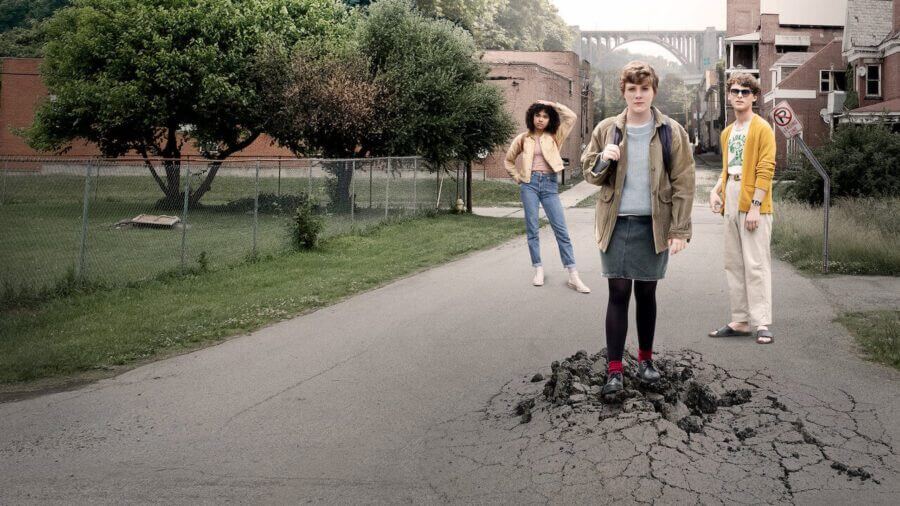 I Am Not Okay With This – Picture: Netflix

One of the smaller hits of 2020 is set to return for a second season according to a source close to What’s on Netflix. We’re hearing the second season of I Am Not Okay with This is definitely on the way.

The series first season came out all the way back in February 2020 where seven episodes dropped on February 26th. It told the story of Syd (played by Sophia Lillis) who discovers she has telekinetic powers.

Season two was directly hinted to the end of Syd then running away and questions likely lingering after the mind-exploding (heh) events of the final episodes. Not only that, but we’re also left wanting to know more about “The Man” who mysteriously appears at the end of season one.

Officially, the series remains pending until Netflix officially gives the green light (either through a press release or social media announcement). Given the COVID-19 situation, some renewal announcements may not be made until it’s clear productions can get underway safely.

We’ve reached out to Netflix but are yet to hear back with any response regarding the renewal status of I Am Not Okay with This.

The series comes from 21 Laps Entertainment (and executive producer Shawn Levy) who has a large lineup on Netflix with lots in development.

They’re currently assisting with the upcoming fourth season of Stranger Things plus had a helping hand in the recently released Unsolved Mysteries (with more episodes on the way). They’re also working on Shadow and Bone expected to release towards the end of 2020.

While you’re waiting for the official announcements, we suggest you go and check out The End of the F***ing World on Netflix as it’s been confirmed that the two exist within the same universe, albeit very loosely. Both series are based on novels by the same author.

Are you looking forward to more I Am Not Okay with This coming to Netflix? Let us know in the comments down below.