Netflix News › ‘Never Have I Ever’ Season 3: Filming Start Date Revealed & What We Know So Far

‘Never Have I Ever’ Season 3: Filming Start Date Revealed & What We Know So Far

Never Have I Ever – Picture: Netflix

Emulating the success of the first season, the second season of Never Have I Ever has been a smash hit with subscribers, which has resulted in Netflix renewing the series for a third season. Filming is set to begin in late November 2021 in Los Angeles and here’s everything else we know so far about season 3.

Never Have I Ever Season 3 Netflix Renewal Status

It didn’t take Netflix long to make the decision to renew Never Have I Ever for a third season. We were 100% confident that Netflix would renew the series, and the reason for our confidence was due in part to how popular the series has been.

Never Have I Ever made it into the top 10 lists of over 70 countries around the world, making it number one in several countries. The show was able to make it to number one in the United States for a short period of time before being quickly dethroned by Virgin River. 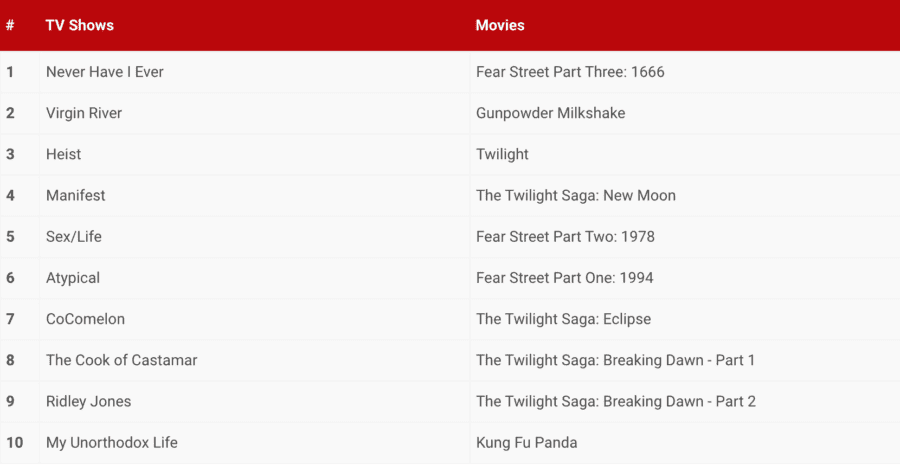 Netflix’s official Instagram page (and other accounts for the show) announced the series returning by screaming:

“OMFG. WE’RE COMING BACK FOR AN ALL NEW SEASON Y’ALL!!!!!! SCREAMMMMMMMM”

What to expect from Never Have I Ever season 3

Devi was able to surprise even herself when she had Ben and Paxton on either arm as she struggled to decide which of the two boys. she wanted as her boyfriend. Eventually losing both boys, Devi was able to rekindle her relationship with Paxton just in time for the school’s winter dance.

Despite his budding relationship with new girl Aneesa, Ben is visibly upset that Devi and Paxton have begun to patch things up. However, Eleanor reassured Ben that Devi originally wanted to be with him, so he’s only out of the race to be Devi’s boyfriend only if he chooses to be.

Ben is now left with a choice, does he pursue Devi and abandon his new relationship with Aneesa, or does he try to make things work with his new girlfriend despite his heart lingering elsewhere?

Devi and Paxton have begun to patch things up, but there’s still a lot for the pair to work on before they’ll be in a truly committed and happy relationship.

Next season will definitely explore that relationship more, especially the challenges they’ll each face.

In an interview with EW, creator Mindy Kaling may have already alluded to what the future holds for Devi and Paxton;

I’ve watched enough romantic comedies that it’s not interesting unless it’s constantly shifting and changing. Having the lead character be happy in love is not super interesting to me. It’s more suspenseful when we don’t know.

Given the comments made by Kaling, we expect to see plenty more bumps in the road for Devi and Paxton.

Mindy Kaling has also offered plenty of hints as to what we can expect from season 3 too.

In a comprehensive interview with Stylecaster, Kaling spoke about the love triangle between Devi, Paxton, and Ben saying that she doesn’t have an endgame in mind adding: “I think it’s great because both of these choices are really great in their own way, but it’s been really fun seeing how passionate people are for one or the other side. It reminds me of being a teenager, and how invested you get in those fictional relationships. That makes me really happy.”

When asked about wanting to do seasons beyond season 3, Kaling said: “I hope we get to do more seasons because I love the cast and the characters, and I love writing in this world.”

Who can we expect to return in Never Have I Ever season 3?

We can expect to see the majority of the cast of Never Have I Ever season 2 return for the third season;

We can confirm that we will see at least one new character in season 3 by the name of Geeta. The South Asian character in this 50s or 60s will serve as the best friend to Nirmala who is played by Ranjita Chakravarty.

Lang Fisher, who serves as the co-creator of the show, previously told ET that Nirmala, as well as the rest of Devi’s family, would play a crucial role going forward saying “She just brought this whole other dimension and kind of filled a little bit of the void that Mohan left. I’d like to see the new dynamics of her family now.”

When is season 3 of Never Have I Ever filming and when will it be on Netflix?

There was a fifteen-month gap between the release of the first and second seasons of Never Have I Ever. Season 1 arrived in April 2020, and season 2 was released in July 2021.

Given this time gap, we’re expecting the show to come to Netflix in mid-to-late 2022.

As for when production begins, we’re happy to confirm that the series is currently set to begin rolling cameras on November 29th. As reported in Issue 1273 of ProductionWeekly, filming will run until February 18th, 2022.

Are you looking forward to season 3 of Never Have I Ever? Let us know in the comments down below.

What Time will 'Money Heist' Season 5 Volume 2 be on Netflix Globally?