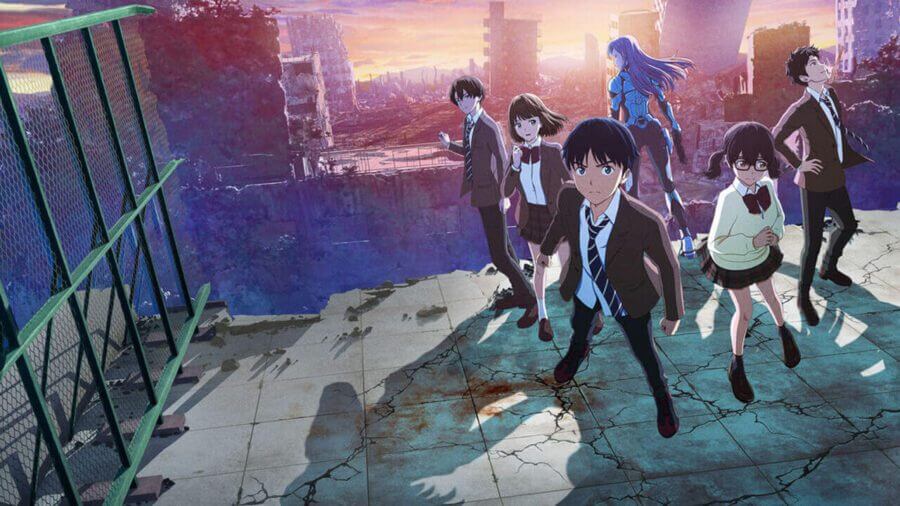 We’re almost halfway through 2019 and Netflix has seen some pretty awesome anime arrive so far. Revisions marks the latest in the growing number of Original anime available to stream on Netflix. And, after an excellent first season, subscribers have been asking when the can we expect Season 2 to arrive? First of all, has Revisions been renewed? Let’s find out.

Revisions is a Netflix Original sci-fi anime series written by Makoto Fukami and Taichi Hashimoto. Production of the anime was handled by Shirogumi, and Revision is arguably their biggest project to date. The art style of the series is 3DCG, which has been very controversial within the anime community. While it hasn’t split the community in half, many are strongly against the use of CG compared to a traditional anime look. Regardless, Revisions still looks stunning and can be enjoyed by people of all ages.

We aren’t expecting to hear any news on renewal for of least a couple of months. Netflix holds the exclusive license to stream the series worldwide, but renewal ultimately comes down to Japanese television network Fuji TV. Netflix does hold some sway in the renewal decision making, thanks to the fact their money for licensing the anime contributes to production.

Naturally, Twitter is the most interesting place to find opinions on some of the latest Originals.

Just finish watching #revision on @netflix and I must say its A great watch it keeps you on your toes @SilverTalkie and the whole cast was amazing please keep me posted for season 2 #queenserenity👑👄💖 pic.twitter.com/qZhRpculNA

Watching a Netflix anime called “Revisions” and holy COW this guy NEVER SHUTS UP ABOUT BEING THE CHOSEN ONE.

JUST SHUT THE FUCK UP ALREADY. YOU’VE SPENT 11 MINUTES OF THIS EPISODE SCREAMING ABOUT IT. WE GET IT. JUST BE QUIET AND SIT THE FUCK DOWN

The creation of an anime can take a significantly long time, with one episode alone taking up to 6 months to be produced by a team. Fuji TV announced the series in March 2018 and was released in January 2019. Depending on renewal we can expect production of a second season to take around a year to develop.

The second season will first air weekly in Japan before coming to Netflix. At the very earliest Revisions Season, 2 would arrive in the Summer of 2020.

Would you like to see another season of Revisions? Let us know in the comments below!