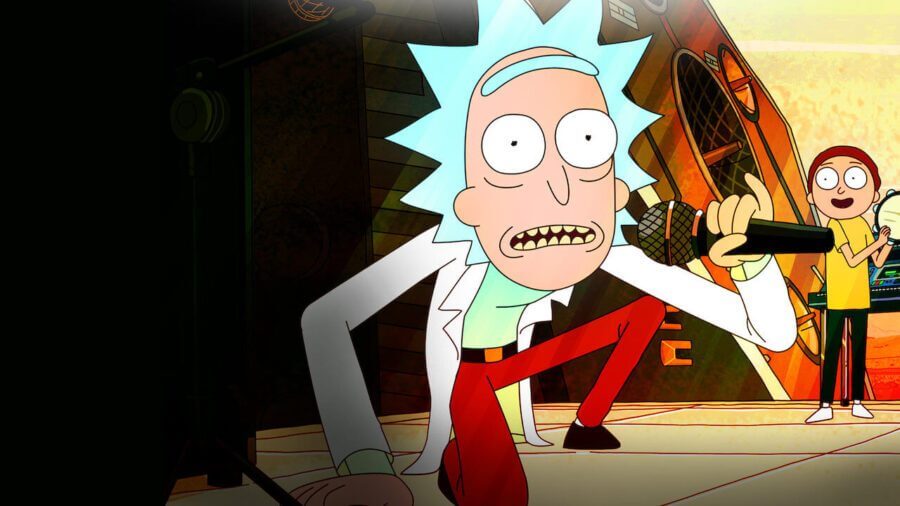 Rick & Morty is heading back for its final five episodes of season four on AdultSwim and many regions of Netflix around the world still get new seasons added. Here’s a complete release schedule for when Rick & Morty season four will be added to your Netflix and when.

At this point, Rick & Morty really doesn’t require much introduction given the cultural phenomenon it has become over the past few years.

The fourth season aired its first five episodes between November and December 2019 with the final five now airing from May 3rd, 2020, and wrapping up on May 31st, 2020.

Season five of Rick & Morty is already in the works and just recently got an early tease out via comic con.

Netflix also featured in season four of Rick & Morty with a casual jab at the easiness that it takes to get a show greenlit at Netflix. South Park technically was first but this was just as funny.

Let’s first cover a few of the major regions that don’t get new seasons of Rick & Morty just to save you some time.

Why isn’t Rick & Morty on Netflix in the US

Unlike some of the regions we’ll move onto, Rick & Morty has never been available on Netflix in the United States.

The AdultSwim show has instead been available via streaming through Hulu although that will be changing slightly in 2020.

In May 2020 (when HBO Max launched), both Hulu and HBO Max will be sharing the license to Rick & Morty. It’s unclear whether Netflix will be able to get in on the action too, but it seems highly unlikely.

As Netflix Life notes, Hulu isn’t expected to get Rick & Morty season four until later in the year. They predict around October or November 2020.

HBO Max released in late May 2020 with seasons one through three. However, season four is also not likely to hit the service until after season four concludes although there’s no official confirmation on this yet.

Will Rick & Morty season four be on Netflix in the UK?

Netflix UK was a tricky one. We had suspected that season four would never come to Netflix UK given that new episodes have been going exclusively to Channel 4 and their 4oD service.

Netflix UK did fail to mention that only the first half of the fourth season will be arriving, with the second half arriving at a later date.

Our prediction is that the second half of Rick & Morty season four will be coming to Netflix UK in November 2020. That works out to be around six months after episode 10 aired in the US.

When will season 4B of Rick & Morty be on Netflix internationally?

Many regions of Netflix get weekly episodes of Rick & Morty and as of early June 2020 are streaming the entire fourth season.

These include (the full list via Unogs) Netflix Australia, Argentina, Brazil, Hong Kong, Israel, Japan, Mexico, and the Netherlands.

Other European countries such as Netflix Spain, Italy, and France all got the second part of season four added in late July 2020.

We hope that clears up the rather complicated streaming plans for Rick & Morty on Netflix around the world. Are you looking forward to the final batch of season four episodes hitting Netflix? Let us know down below.