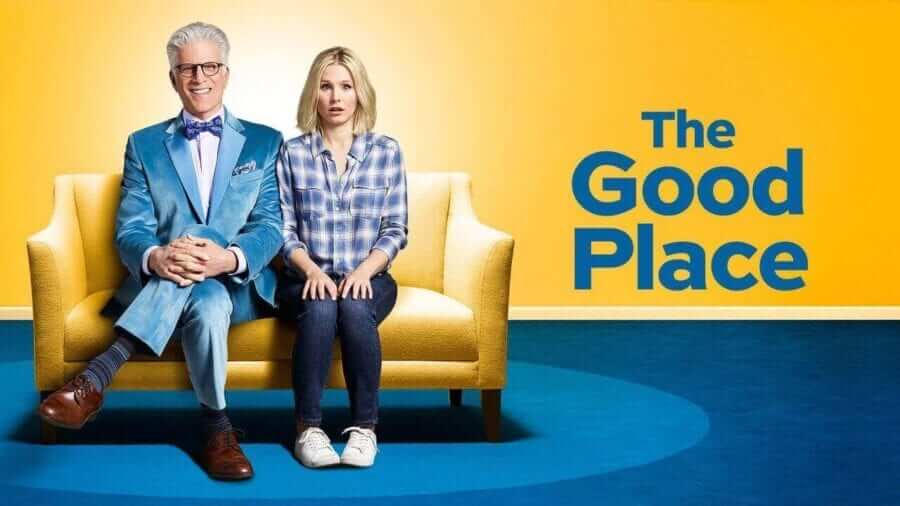 Yes, in case you haven’t heard, The Good Place was renewed for a third season. We’ll see all the main characters return for their third outing only this time, they’re not in The Good Place. Season 3 will see our four “bad” people go to Earth to prove that they should be sent to the actual good place. It’s by far the smartest TV show on telly and ranks ninth of the UK’s most-streamed shows on subscription services.

The show although labelled as a Netflix Original, is only a partial Original as it airs first on NBC in America. Netflix then gets weekly episode drops. This has been the case since season 1 of the show.

When do new episodes release on Netflix UK?

Important – There will once again be a mid-season break. We’re expecting it to be around episode 8 or episode 9 so we’ll leave the table blank for that until we know when it’s a) going on a break and b) know it’s coming back.

While you’re waiting, we’ve picked out some suggestions of what to watch on Netflix if you love The Good Place. Nothing comes quite close to the show but heck, we can’t keep rewatching the first two seasons forever right!?

The United States will also get season 3 of The Good Place although your wait will be a little longer. We’ll have a full breakdown of when The Good Place season 3 will be on Netflix US at a later date.

Are you looking forward to a new season of The Good Place? Let us know in the comments.