The “Japanese Game of Thrones” is Coming to Netflix 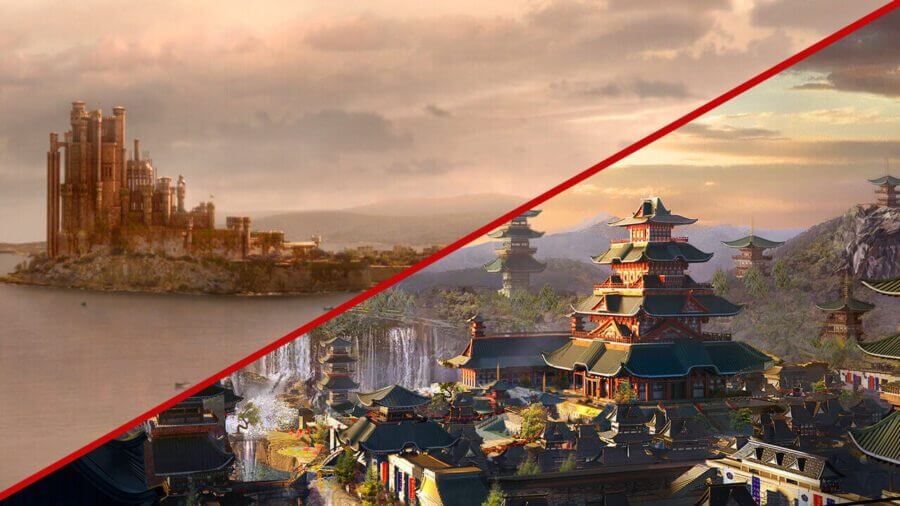 As the dust settles and everyone continues to take make sense of the final season of Game of Thrones, we’re beginning to see networks making their move on the current power vacuum. Coming in from the left field is the announcement that Japanese “Game of Thrones” will be coming to Netflix. Here’s everything we know so far.

After eight seasons of incredible television Game of Thrones finally came to an end in 2019. Naturally, there are many networks out there vying to take the crown as the best series on television. The Japanese have made a move and begun by showing their hand on an upcoming series that will be released later in 2019. As Deadline reports the title has already been referred to as the “Japanese Game of Thrones,”

The series known as Age of Samurai: Battle for Japan will take place during the feudal period of Japan. Taking inspiration from the history of Japan’s feudal society, Age of Samurai will act as a real-life Game of Thrones. We’ll discuss in more detail below, but the feudalistic era of Japanese history is wrought with war, betrayal and legendary stories.

Creator of the A Song of Ice and Fire novels George R R Martin took inspiration from real-life history for some of the biggest jaw-dropping moments. The infamous “Red Wedding” was inspired by a disputed wedding in the Middles Ages, Scotland. Known as “The Black Dinner” Earl William Douglas was invited to a dinner with King James, the organizers Sir William Crichton and Alexander Livingston had other ideas. During the feast, a Black Bull’s head (a symbol of death) was presented to William, he and his brother were subsequently removed from the hall and murdered.

So Age of Samurai will take place in Feudal Japan?

Yes, but More specifically the series will focus on the story of Date Masamune, one of Japan’s most legendary historical figures. The “One-Eyed Dragon” was one of four other warlords who set their ambitions on uniting the entire country of Japan under one banner. Masamune’s nickname was given after he had infamously ripped his own eye out after it became infected with smallpox. The ambitious young general fought and schemed his way to the top, disposing of his own brother to ensure his line of succession was ensured. At only 17 years of age, Masamune took over leadership of his father’s clan and within a few short years conquered the neighboring clans to unite most of Northern Japan.

The legend of Masamune and his influence continues to this day. His famous armor, in particular, the design of his helmet was believed to be behind the inspiration of Darth Vader’s iconic design. 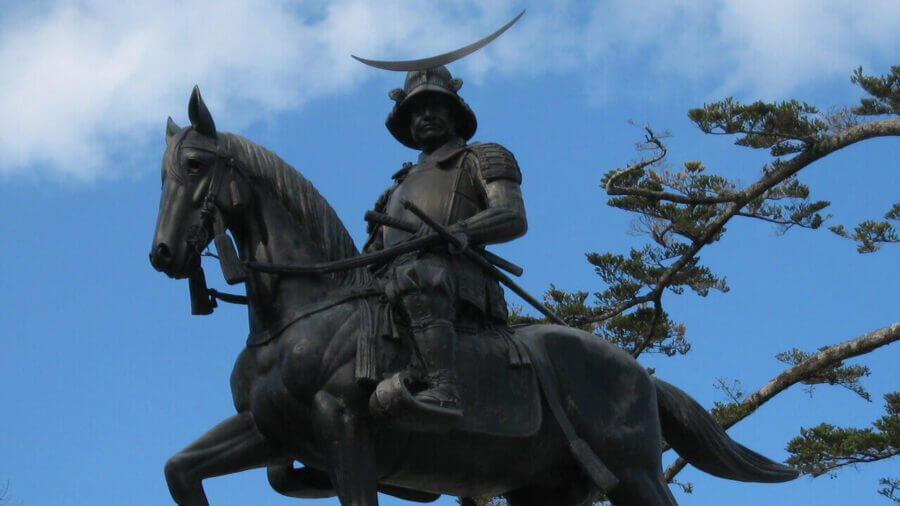 The statue of Date Masamune at Sendai Castle

What is feudal Japan?

The feudal period is certainly the most well known and most romanticized era of Japan’s long history. Taking place from 1185 to 1868, this period saw the rise of the samurai and the shoguns. A Japanese Emperor has always been seated as the leader of the nation but during feudal Japan, the influence of the emperor severely waned. This wasn’t helped by a civil war that broke out in the country in 1336 which effectively ended what power the leader had.

The Emperor would send armies of samurai to fight the civil war in his name, and they would go on to win. As to not lose his power to the leaders of these armies he granted them the title of Shogun. These Shogun were given control of smaller areas of land in Japan. Not too dissimilar to that of feudalism in Medieval Europe, the Shogun of the region would divide their lands which would be relied upon by the peasants to farm and supply soldiers to his armies.

Many wars would be fought between the Warlords of Japan as they looked to unite the land under their clan’s name. 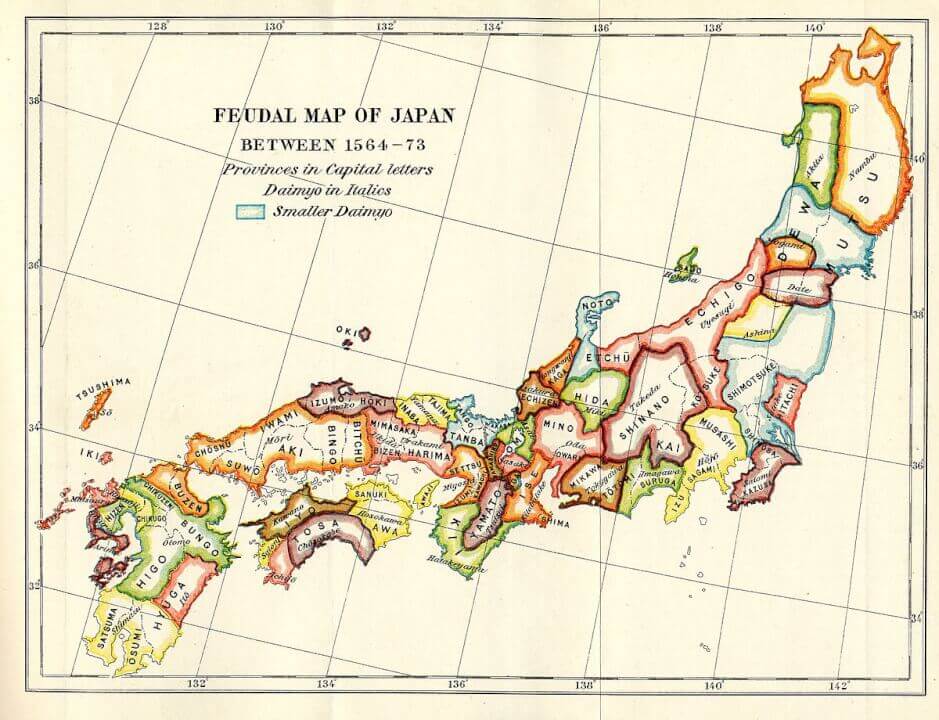 The map of the final years of the Sengoku Period.

Who is producing Age of Samurai?

The series will be co-produced by Blue Ant Media and Smithsonian Canada. Age of Samurai will be presented in a docu-drama format, which many will recognize as the method of storytelling used in Roman Empire and the upcoming series The Last of the Czars.

This period in Japan is drowned in historical moments, those of which are often romanticized to the point of fiction. It’s the intention of Blue Ant Media and Smithsonian Canada that history is told the correct way, this means any fictionalized moments during this era won’t be told, instead, the series will be both “educational and historically accurate.”

We have no confirmation on a release date but we do know that Age of Samurai: Battle for Japan will be released in 2019.

Are you looking forward to this series? Let us know in the comments below.