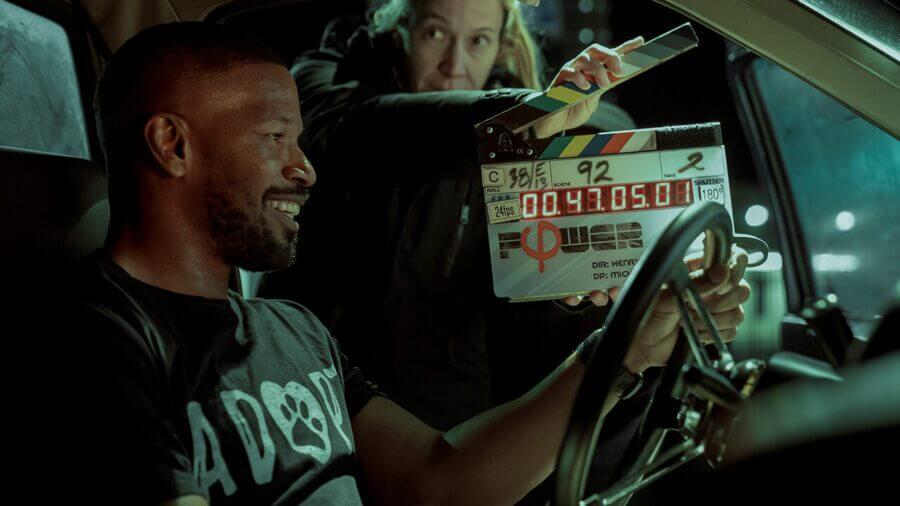 Project Power is one of Netflix’s biggest entries into the superhero world to date (at least on the movie front) and behind the stunning visual effects for the movie is Framestore. We managed to get our questions over to Ivan Moran who served as the overall VFX supervisor and João Sita who served as VFX supervisor.

Frame Store is also currently working on Away that arrives on Netflix in early September and the upcoming Zack Snyder zombie movie, Army of the Dead.

In case you haven’t seen Netflix’s own Film Club channel’s coverage of this, they breakdown how they lit Machine Gun Kelly on Fire.

Ivan Moran’s filmography is amongst the most impressive we’ve ever seen. He’s had a hand in the VFX in titles like Ghost in the Shell, Arrival, Salt and Netflix’s Mowgli: Legend of the Jungle.

João Sita has worked on the visual effects for such titles as Jurassic World, Source Code and Chappie. He’s also had a hand in Netflix’s Lost in Space where the VFX is handled by Image Engine.

And now, let’s move onto the interview:

WoN: As a veteran of visual effects, what do you think has improved the most over the past two decades? Have the advances in technology made it easier or harder to get into the industry and would you prefer to enter the industry when you did or now?

Ivan Moran: Education is probably the single biggest one. When I started there were literally no courses in visual effects at all. I was actually interested in animatronics back when I started and almost pursued a PhD in Robotics in the US because it was the only mildly related avenue I could find.

Technology as well obviously although that’s a funny one though: despite how fast the computer is you always want to push it to its limits. It takes just as long nowadays to complete a shot as it did in the mid-90s when I started. I kind of like when I started, I was a master of all trades back then, now as an artist you have to be sooooo specialised.

WoN: Are there any considerations when it comes to designing movies that will be designed for smaller screens (where Netflix is most likely viewed) when compared to theatrical release on the big screen?

Ivan Moran: The aspect ratio of various film formats allow for some creative flexibility on the big screen. Large-format films such as Dunkirk (IMAX) and The Hateful Eight (70mm) spring to mind and there are now theatres with two screens on either side for extra peripheral vision content. That said, good storytelling is good storytelling. Also, I feel the young-uns (showing my age) of today are much more format agnostic. They’d watch something on an Apple Watch if it was cool storytelling I bet.

WoN: What was the most complex scene you had to do for Netflix’s Project Power?

Ivan Moran: Art’s Power was incredibly challenging to design, devise, shoot and ultimately execute in vfx from a technical and storytelling perspective. It was really important to the directors and I that we clearly visually told the physics that were happening to produce the explosion which is one of the reasons why it is in slow motion, and also because slow motion is just cool.

My pseudoscience theory for the movie was that the Power pill amplifies subatomic vibrations within us (and remnant animal DNA from animals past and present) and in the case of Art these manifest into powerful infrasonic waves that emanate out of him and cause liquid water to vaporize (steam) and ultimately ionize (plasma). Have you ever microwaved two grape halves? Definitely DO NOT but you can check it out on YouTube. Waves turn the water in the grapes into plasma, same theory. There is also a neat animal reference for this as well believe it or not which Art alludes to earlier in the movie: The Pistol Shrimp. Check it out on YouTube too.

The reason this power was so tricky was because if I closed my eyes I could imagine the sequence in my head but for everyone involved, from the directors to all of the film crew, actors and my VFX team, they would all look me at various times and ask: “Ivan, this is ummm, this is gonna work right? It’s gonna look cool right?”

I had to trust my gut, experience and imagination more than ever before in my career which is why I am so proud of the uniquely beautiful result. It’s just so awesome, I love it.

WoN: What else are you watching on Netflix right now? Any particular show with excellent VFX we should check out?

Ivan Moran: I really enjoyed The Old Guard which my dear friend Sara Bennett was the production VFX Supervisor for. Perfectly executed invisible visual effects which is my style as well. Seeing people heal in front of your eyes like that is clearly movie magic but when it’s executed that subtly and expertly, who cares?!

WoN: Could you break down what goes into the shot where Joseph Gordon-Levitt is shot in the head? Are any of the effects done practically? What gets submitted to you?

João Sita: The shot with Joseph Gordon-Levitt getting shot in the face is one of those examples where practical effects and VFX just work together in a seamless way. Joseph was shot in camera and hit with air using a high-pressure air gun with the Phantom camera at high-speed. That created a hyper-real effect of his skin getting pushed generating these ripples rolling through his face.

We also got a couple of witness cameras that helped us get his precise location onset and the overall camera rig/lighting setup references.

The plate photography was astonishing on its own but there were two main questions to address there: 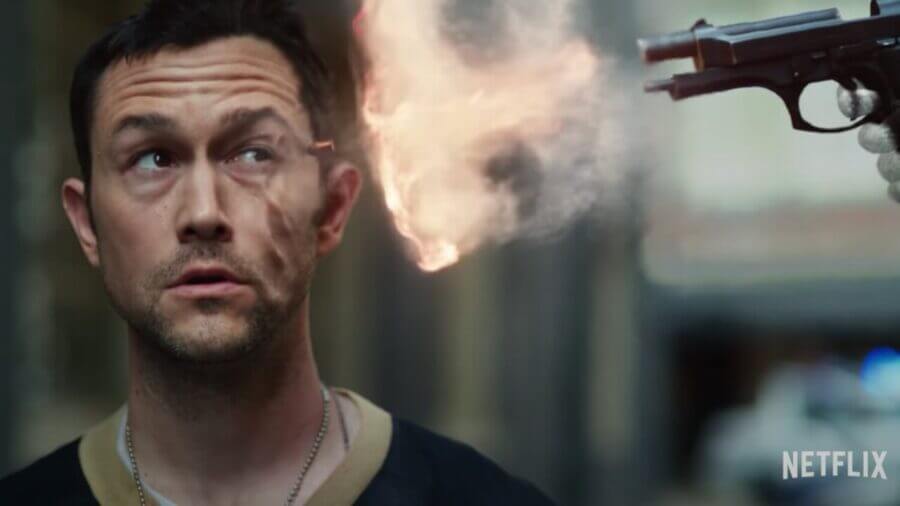 To solve the first question, we had to recreate the plate ripples in CG sculpting our digital double to match Joseph’s plate performance and then add the additional ripples and impact point transition.

With those two elements combined, we went ahead and created a skin texture/look based on the armadillo shell and the Kevlar fiber that gets revealed and spreads across the side of his face. For the latter, we first added a slow-motion CG muzzle flash and smoke to make the action of pulling the trigger believable and then had to recreate his hair in CG to be able to sync the hair with the muzzle flash of the gun opposed to what was happening on the plate which was a much longer/continuous airflow.

Within that time, we used the energy of the muzzle flash to push his hair and then go back into the resting position. To create a more spectacular effect, it was also added as a bullet that leaves the gun barrel and as it hits his temples it starts to collapse on itself and push through the skin ever so slightly resembling real bullet energy being absorbed by a bulletproof vest. For this shot, there was a lot of research on all the slow-motion elements that were added, so, we stripped down the motion, look of various references such as lab tests of bullets been shot at Kevlar vests, videos of firearms been shot in slow-mo and also looking at non-newtonian fluids (material that changes to either more solid or more liquid under a force applied).

The shot was a real treat for the VFX artists as it proved to be a challenging shot along with a very unusual look!

WoN: Project Power is predominantly set at night – are there any additional challenges when it comes to darker shots? What else are you watching on Netflix right now? Any particular show with excellent VFX we should check out?

João Sita: For the night shots, the main challenge was making sure that we would have a digital version of the set that could be fully rendered to replace sections of the plate and create an accurate light interaction from the CG elements into the set. As for what else I am watching on Netflix, I love to watch nature shows as I find those a great deal of inspiration as well as the newer content. I love the work done on Lost in Space, Dark and I really enjoyed Okja as the VFX really engaged with the audience in an emotional way.

Special thanks to both João and Ivan for taking our questions!