Netflix Original Anime ‘EDEN’ Season 1: Everything we know so far 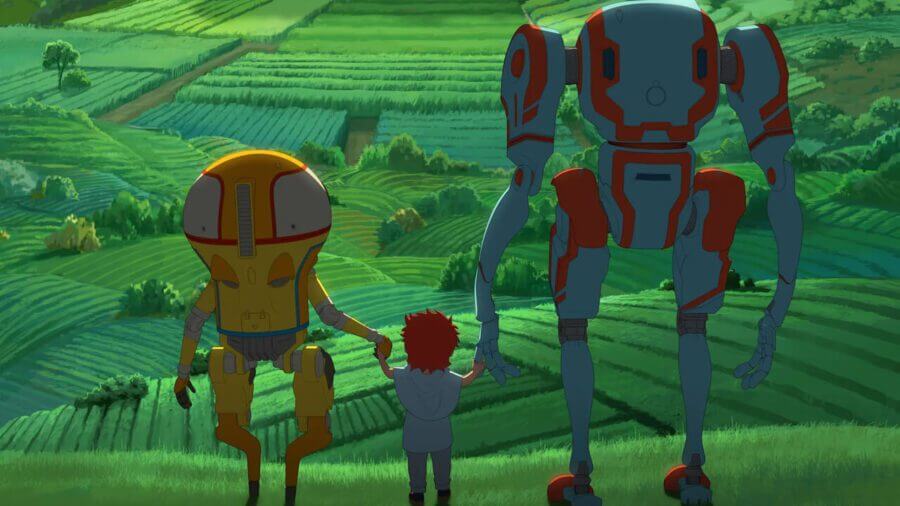 Looking ahead to 2020, Netflix is starting to announce its line up of future content beyond 2019. One of the titles we’re super excited about is the release of the sci-fantasy series EDEN. We have everything you need to know about the first season of EDEN, including the plot, trailer, and Netflix release date.

EDEN is a Netflix Original sci-fantasy anime series created by Justin Leach. The series will be directed by the renowned Yasuhiro Irie, most well known for directing the incredible Full Metal Alchemist series. EDEN is a full Original series and hasn’t been licensed from another studio. Two studios are behind bringing EDEN to life are Qubic Pictures and CGCG Studios.

When is the Netflix release date for EDEN season 1?

EDEN will be coming to Netflix in 2020! There’s no confirmation what month EDENwill be released but we expect to learn more soon!

This first look at the new anime EDEN is downright stunning, plus I just learned that it’ll be directed by Yasuhiro Irie who worked on (both!) Full Metal Alchemist anime. Cannot wait to check out this four-episode series in 2020. pic.twitter.com/4Pl6JiYMwM

EDEN is scheduled to release worldwide, and will not be aired in Japan first. All subscribers will have access to EDEN at the same time.

What is the plot of EDEN?

One thousand years in the future, the city “Eden 3” has no human population, and is solely inhabited by robots. The human masters of the robots disappeared many years ago. Two farming robots, while on a mission outside of Eden, discover a human baby girl. Realizing that the ancient myth of humans is real, the two robots take in the little girl and raise her together in a safe haven outside of Eden.

Is EDEN based on a Manga?

Nope! The series is purely original and came from the creative mind of Justin Leach.

Who is in the cast of EDEN?

At the time of writing, none of the cast members have been confirmed for EDEN.

We do have plenty of information on the filmmakers behind the Original anime:

Any anime production takes a significant amount of time to produce.

Rumor has circulated that EDEN will be released in Fall 2020. The Japanese poster below may have some indication on when we can expect the release, but we can’t translate Japanese.

Has Netflix released a trailer for EDEN?

A teaser trailer for EDEN has finally dropped!

What is the episode count for EDEN season 1?

The first season of EDEN will arrive with four episodes.

There’s no confirmation on the run time, but typically, anime episodes have a run time around 25 minutes.

Are you looking forward to the release of Eden? Let us know in the comments below!