What's on Netflix > Netflix News > The Order Season 2: Everything We Know So Far

The Order Season 2: Everything We Know So Far 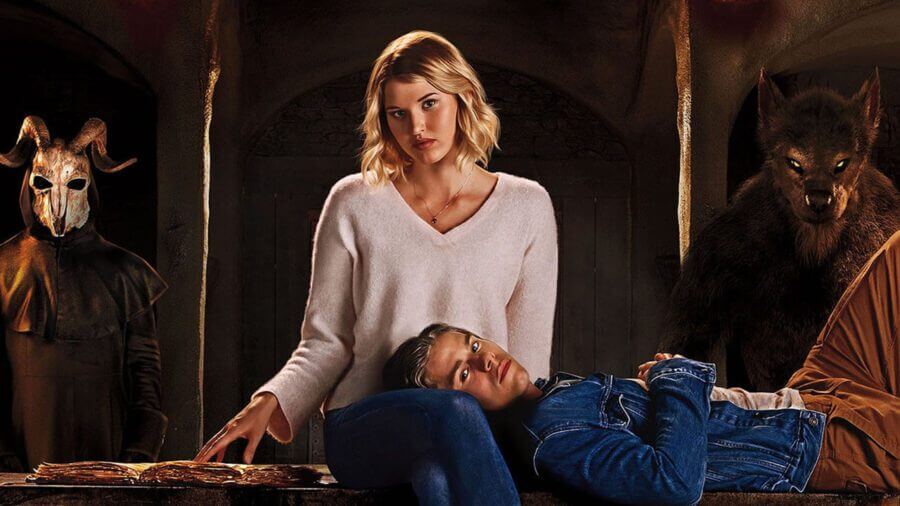 The Order is coming back for a second season on Netflix likely in 2020. Want to know the latest on the second season including filming dates, casting announcements and more? Here’s everything we know so far.

The Order is a Netflix Original supernatural-drama created by Dennis Heaton and Shelley Erikson who will both remain involved going into season 2 according to the shows production company website.

Season 1 of the show premiered on Netflix in March 2019.

Let’s now run through everything we currently know about season 2 of The Order.

Netflix wasted no time in announcing that The Order will be returning for a second season! The news was confirmed on March 28th, but any word on when production will begin for Season 2 is yet to be announced.

Alongside the announcement, Netflix released a video teasing the second season (although this has since been unlisted). It sees the main cast gathered around an old book and when they pour some liquid on it, season 2 gets announced.

We also got confirmation early on that season 2 of The Order would consist of 10 new episodes.

Where is the production of The Order season 2?

Filming has been completed as it took place, according to our sources, between August 6th, 2020 and November 7th, 2020.

Among the directors confirmed for season 2 of The Order include Leslie Hope, Mathias Herndl, Marita Grabiak, David Von Ancken, and Kristin Lehman. The only new director coming on board for season 2 is Mark Chow who has worked within the industry for many years and aside from a documentary short called In Three Years, this is his directorial debut.

What to expect from season 2 of The Order

As you know, the second season wrapped on a major cliffhanger. Jack’s mind is completely wiped along with all of the werewolves. That’s after Jack’s grandfather was killed by Jack’s father.

As Netflix Life predicts, most of the second season will focus on Vera and how she handles things going forward.

Plenty of snippets of information were revealed about season 1 and some season 2 teases came in the form of a panel at San Diego Comic-Con 2019.

DiMarco specifically had some teases about what we can expect from the knights going into season 2 saying: #

“I think having these rogue hides in you and forgetting that you are a Knight means that you’re not necessarily in control of your transformations,”

You can find the full comic con panel for The Order below:

Who will be starring in season 2 of The Order on Netflix?

In February 2020, we got one of the first minor new cast announcements for season 2. Olesia Shewchuk who featured in Deadpool and Motive will play the role of a ballet teacher in season 2.

We also learned that Kyle Strauts, who has appeared in the likes of Supergirl and The Flash as various enemies will also be in several episodes of season 2 playing a werewolf. Grace Dove will play the role of Ellie Taylor in season 2 who is mostly known for her role in The Revenant and Netflix’s How It Ends.

Of course, your big cast members will be returning to reprise their roles in season 2 such as Jake Manley as Jack Morton, Sarah Grey as Alyssa Drake, Adam DiMarco, Katharine Isabelle, Louriza Tronco and more.

When will The Order season 2 release on Netflix?

The most important question you want to be answered is when will The Order season 2 be on Netflix?

At the moment, we can only give you a rough estimation but given that filming has concluded, we’d imagine the final touches are being put on season 2 and we’ll see it land in either late Spring 2020 or early Summer 2020.

Are you looking forward to the next season of The Order on Netflix? Let us know in the comments, here are some other excited fans.

I been waiting on season 2 of the order since FOREVER…

Y’all watched The Order? No? Well that shit good asf. You need too. I’m waiting on season 2 rat na