What's on Netflix > Netflix News > When will ‘Titans’ Season 3 be on Netflix Internationally?

When will ‘Titans’ Season 3 be on Netflix Internationally? 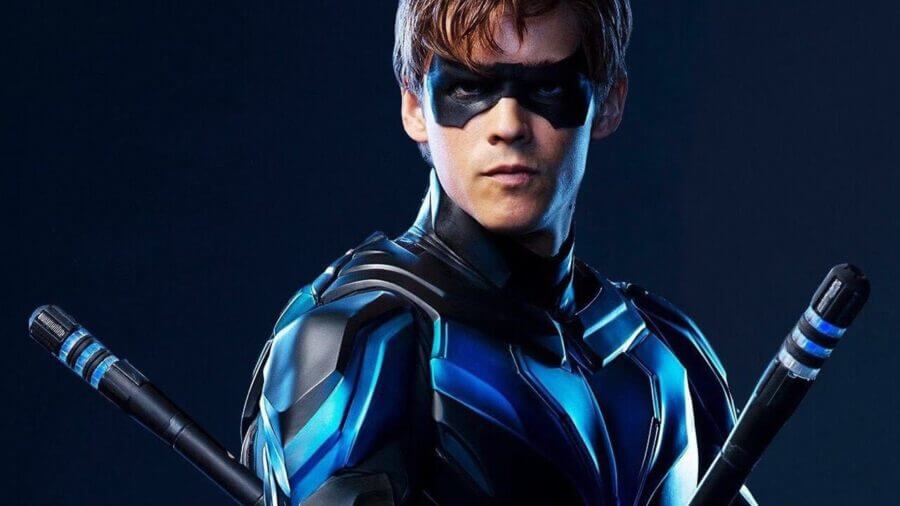 Titans is returning for a third season with a new home in the United States but internationally, Netflix is expected to be carrying the third season. Here’s what we know so far including a possible release window and when season three of Titans will be on Netflix.

There’s been a lot revealed for season three already including the fact Batgirl (Barbara Gordon) will be appearing in this season. We know Red Hood is coming to the series too.

When will Titans be on Netflix internationally?

For now, we’re expecting any region that is currently streaming seasons one and two to receive the third season sometime after season three wraps. But, don’t expect weekly episode drops.

Previous seasons have arrived on Netflix every January, but that’s when the series has kept to a fall release schedule.

That’d mean that season three would release on Netflix internationally in Q3-Q4 of 2021. Again, this is just broad speculation without a release date. However, we’d expect it to arrive 1-2 months after season three finishes airing on HBO Max.

Could Titans be leaving Netflix?

Titans has been rumored to be departing Netflix internationally as HBO Max slowly rolls out around the world (although in most cases it won’t be for at least five years based on existing deals).

We haven’t heard any official from either WarnerMedia or Netflix but we have heard rumors at least that Netflix only picked up a number of seasons and that it could depart when HBO Max rolls out. Again, nothing official but the same has been rumored for Close Enough which Netflix recently picked up internationally.

For many, it’ll likely be a positive thing when HBO Max does eventually release outside the US given a lot of their licenses are spread across multiple providers.

Will Titans seasons 1-3 be on Netflix in the United States?

In the United States, you can almost certainly rule out any possibility of it hitting Netflix.

DC Universe was home to the first two seasons and will be HBO Max starting November 1st as DC Universe is retired.

Welcome to the Hood. Jason Todd returns as the Red Hood in season 3 of Titans.

Seasons 1 and 2 stream November 1st on @hbomax (US). #DCTitans pic.twitter.com/Pm5riPShNb

That’s where the show will now continue airing and it going to another streamer seems near impossible.

Are you looking forward to watching Titans season three on Netflix? Let us know in the comments.