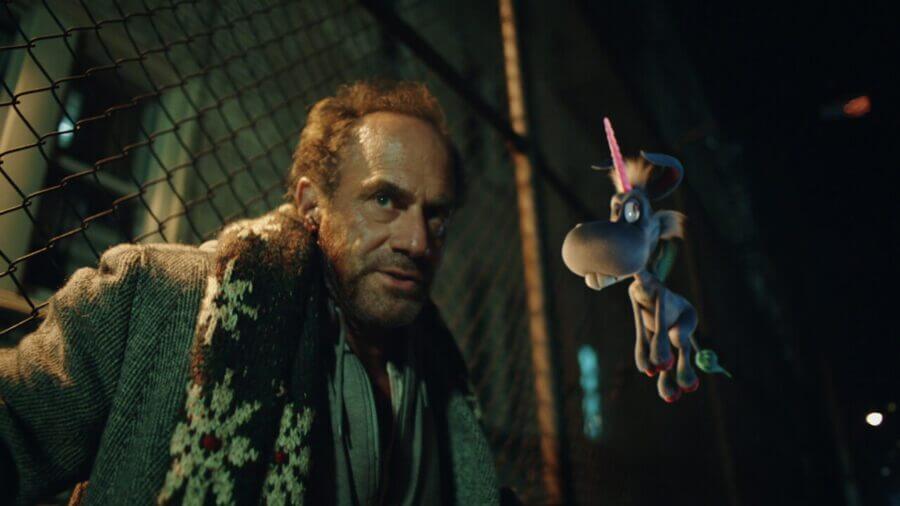 Happy! Season 2 is now on Netflix

It’s been a quiet week for new TV series in terms of quantity but the quality is where it’s at this week. Here’s our favorite new TV series that have hit Netflix this week and one that we missed along the way.

Next week has plenty of good TV series to look forward to. Community is coming on April 1st with all six seasons plus we’ve got the return of Netflix’s huge Spanish series, Money Heist.

Our top pick of the week is the second and final season of Syfy’s Happy!

Is Ozark Netflix’s best drama? Honestly, I think it could be. The excellently written and produced crime drama featuring Jason Bateman is all about a family struggling to keep their head above water from a drug cartel.

Business as usual? No such thing. As Marty and Wendy clash over whether or not to expand, a surprise visitor turns their personal lives upside down.

The German-produced series follows a Jewish woman who flees Brooklyn to Berlin after she refuses an arranged marriage.

It’s a compelling story and is spoken in English and German throughout.

There are only four parts to the series and it’s not currently due for a season 2. There is, however, a special companion documentary called Making Unorthodox.

Our final pick of the week actually came a couple of weeks back but we wanted to touch on it again as many will be wanting to keep the kids busy as schools and such are closed.

Thomas & Friends season 23 continues the adventures of Thomas the Tank Engine with all of his friends and is an excellent animated series that’s now available exclusively on Netflix.

Looking for a movie instead? Netflix has added quite a few good ones over the past 7 days as we picked out yesterday.