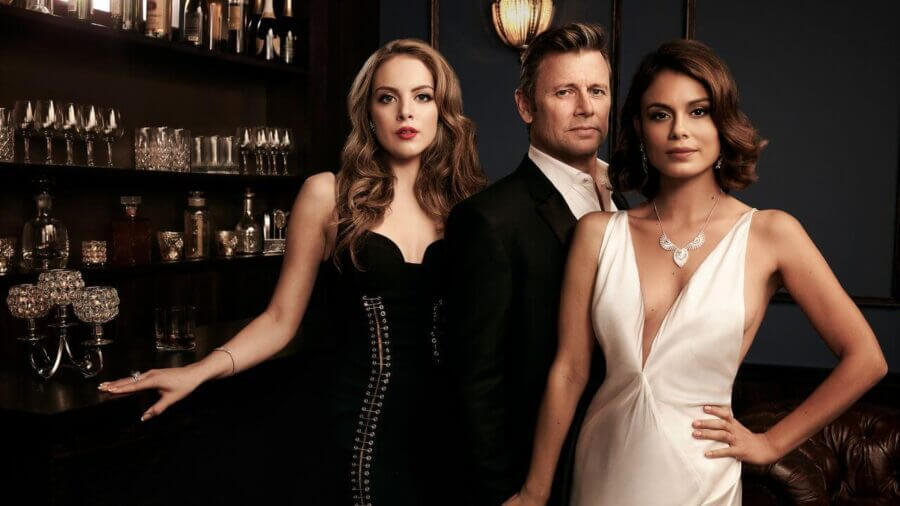 Dynasty is returning to both The CW and Netflix for season 3 over the coming months. For a full breakdown of when season 3 of Dynasty will be on Netflix around the world including the United States, the UK, Canada, Australia and beyond, you’ve come to the right place but sadly, most won’t be getting weekly episodes as per previous years.

The CW series is a reboot of the classic show and alhough it departs in multiple major ways from the original its still being enjoyed. Many seem to think it’s one of the network’s biggest titles in recent years (although its viewing figures says otherwise) which would be helped by its addition to Netflix.

In the majority of regions outside of the United States, the series is marketed as a Netflix Original.

Dynasty is a reboot of the classic ’80s soap opera that adapts the series to be more like some of its modern counterparts while retaining some of the magic that made the original great.

When will Dynasty season 3 be on The CW?

Before the show comes to Netflix in any region, it has to first premiere on The CW which is still the home for the show.

The show is set to be part of The CW’s fall lineup with new episodes airing from October 11th weekly with multiple breaks before likely wrapping up in May 2020.

When will Dynasty be on Netflix where it’s a Netflix Original?

It looks as though Netflix has opted not to get weekly episodes for the 2019-20 season.

Some of the Netflix accounts on social media have clarified it won’t be on Netflix until next year.

we'll have Dynasty s3 all at once next year https://t.co/nfFQYwHtSP

#Dynasty stans, we see you. We're just as desperate to watch S3 as you are and we'll let you know as soon as it arrives on Netflix pic.twitter.com/vgcjdQU52P

We’re now expecting the show to arrive on Netflix roughly the same time Netflix in the United States. That means we’ll see it added between May 2020 and July 2020.

Those in the United States will have the longest wait. Although you’ll be able to catch-up using The CW’s applications, you’ll have to wait until after the season finale for it to be on Netflix.

We should continue seeing The CW shows added roughly a week after they wrap up.

In which case, we’re currently expecting Dynasty season 3 to be on Netflix in the US in either late May or June 2020.