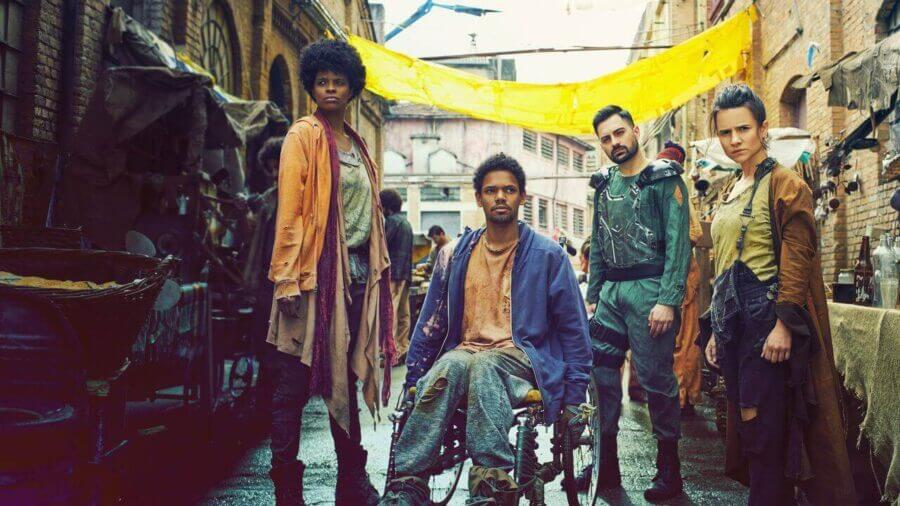 We’re soon coming up on a year since season 2 of 3% arrived on Netflix. If you’re looking for when season 3 of 3% or perhaps any other news surrounding the series, here’s a guide to everything you need to know about 3% season 3 on Netflix.

For those unfamiliar with the show, 3% is the first Brazillian Netflix Original series which is based on the TV short from 2011. The first season, which released on Netflix globally on November 25th, 2016 and the second season in April 2018 see a group of people vying to become part of the 3% by going through the so-called “Process” in a dystopian future.

This is a ‘live’ article so be sure to bookmark the page as we’ll be updating every month up until the release of season 3 of 3%. Last updated: March 15th, 2019.

It took Netflix two months to decide the future fate of the Netflix Original Brazillian series and given the show’s improving review scores and the quality of the series arguably has improved over time.

The announcement came alongside a teaser trailer for the upcoming series which revealed nothing except three characters that will be returning.

Rumors of cancellation since the 3% season 3 announcement

Since the show’s initial announcement of a third season, there have been multiple rumors of the show since being canned.

However, after many updates, we can absolutely say that’s absolutely not the case.

Season 2 concludes with the day of the process being erupted with absolute chaos and all of the contestants being and Michele having their plans turned upside down.

As you’ll know Ezequiel was a casualty of the final episode which saw the mixed reaction and even rumors that he’d return for the third season. His death came at a pivotal point with him beginning to confess. 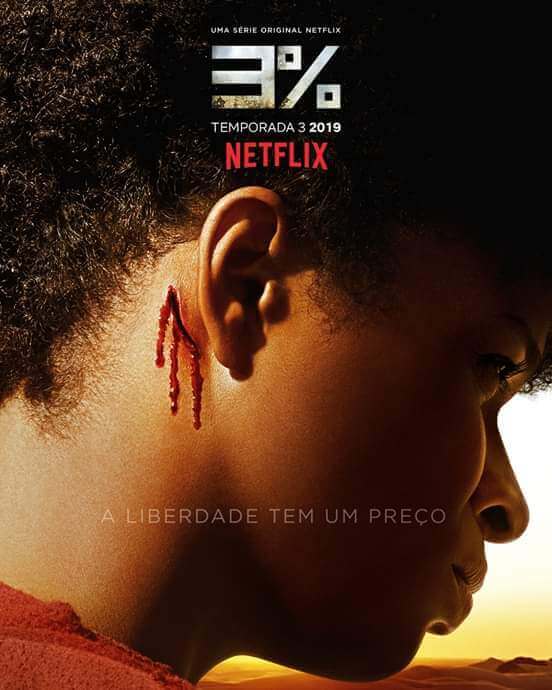 Poster for 3% season 3 that reads “Freedom has a price”

In season 3, Michele will continue her goal of creating another utopian community which will no doubt her recreate the same problems with the first community. The politics of this is especially interesting given that what she’s essentially proposing is a different form of process. As we’ve discovered, The Process is possibly the only thing keeping the inlanders in check.

The dynamic of two societies will be the core of season 3 which will make for probably the most ambitious season yet.

This dynamic has been reflected on the show’s social media channels which now show the 3% symbol graffitied.

Netflix recently updated its media site with some brand new snippets of information regarding the third season. Here’s what it says:

The upcoming season of 3% will give our beloved characters more than the unjust options of Inland and Offshore. Following the events of Process 105, we’ll be introduced to the new world of The Shell. What will it take for this new community to thrive?

For individual characters, there’s been some great discussion on where each will go and what they’re expected to do in season 3 on this Reddit thread.

Although Ezequiel kicked the bucket in season 2, he may still return for flashbacks but as confirmed in the announcement trailer, Bianca Comparato will be reprising her role as Michele Santana. Likewise, we also see Vaneza Oliveira who plays Joana Coelho and Rodolfo Valente who plays Rafael.

Beyond that, IMDb hasn’t been updated with any further castings for season 3.

On IMDb, however, we can see that Dani Libardi who was involved with the project all the way from the 2011 TV short will be returning to direct. Earlier in 2019, the director took to Instagram for the acclaimed 10-year challenge to post about her working on the project for so long.

We also got some first screenshots of season 3 too where Dani said: “This scene is part of an episode of the third season of 3% on Netflix”.

One of the filming locations of 3% was recently flooded due to a natural disaster. Dubbed as the Brumadinho dam disaster it saw the death of 186 people. Some of the cast took to Twitter to address the disaster.

How many episodes will there be in 3% season 3?

There have been confirmed to be eight brand new episodes at roughly 45 minutes apiece.

Netflix announced the release date for 3% to be June 7th, 2019. That’s releasing among many other titles scheduled for release throughout June 2019 from Netflix and is shaping up to be a busy month.

Are you looking forward to more 3% on Netflix this year? Let us know in the comments down below!