We are now on the fifth and final day of Netflix’s Geeked event! Even though the previous four days were filled to the brim with announcements and reveals, it looks like Geeked has not lost that momentum, even on its last day. 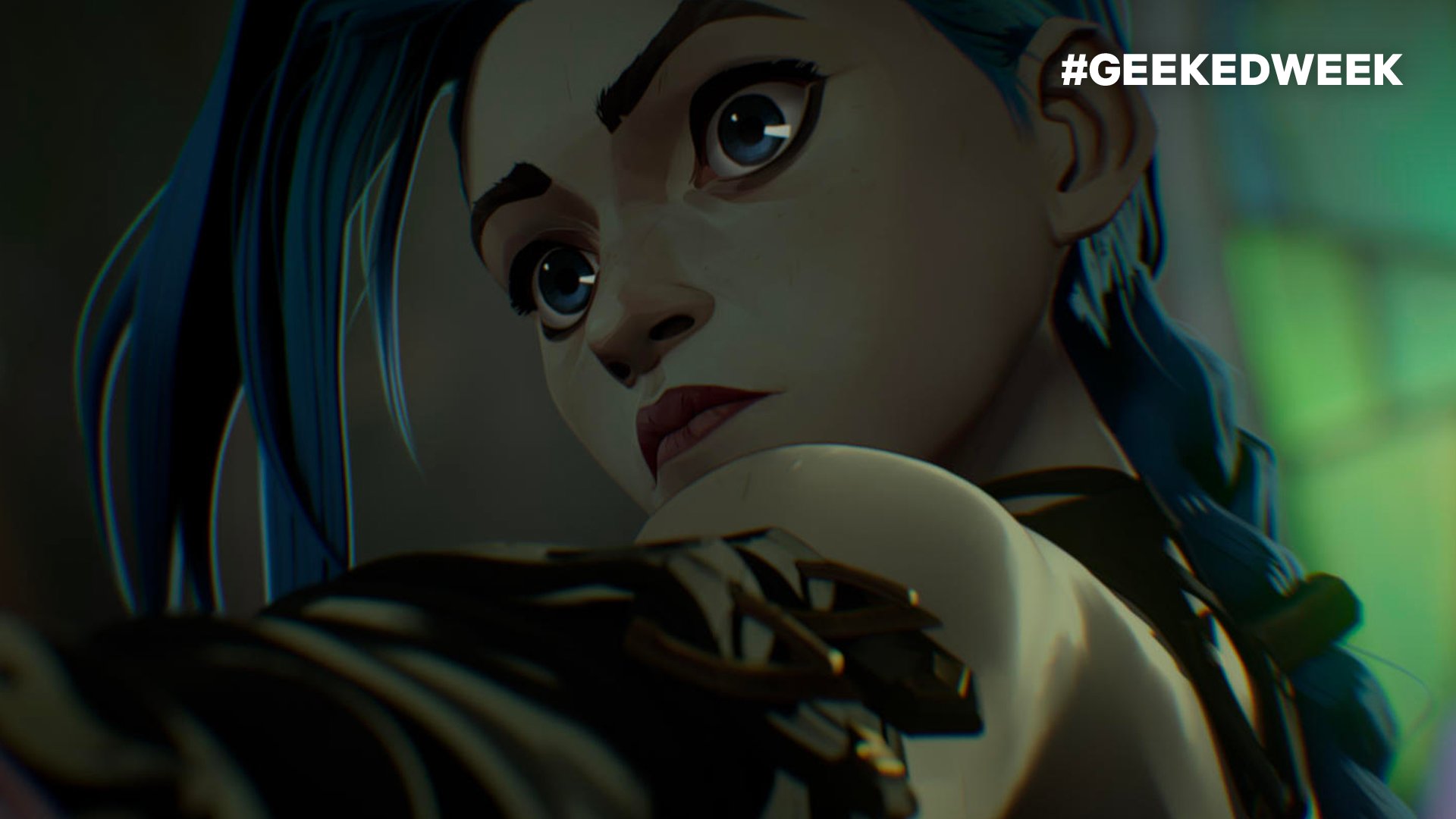 Arcane is an animated television series set in the League of Legends universe. The series was unveiled during the League of Legends 10th Anniversary celebrations and is currently being developed and produced by Riot and animated by Fortiche Productions. The first season was expected to release in 2020, however, it was delayed until 2021 in light of the COVID-19 outbreak. It was announced on May 3rd, 2021, that it would premiere exclusively on Netflix in the fall of 2021.

Netflix has released some never-seen-before stills of the series, which you can view below: 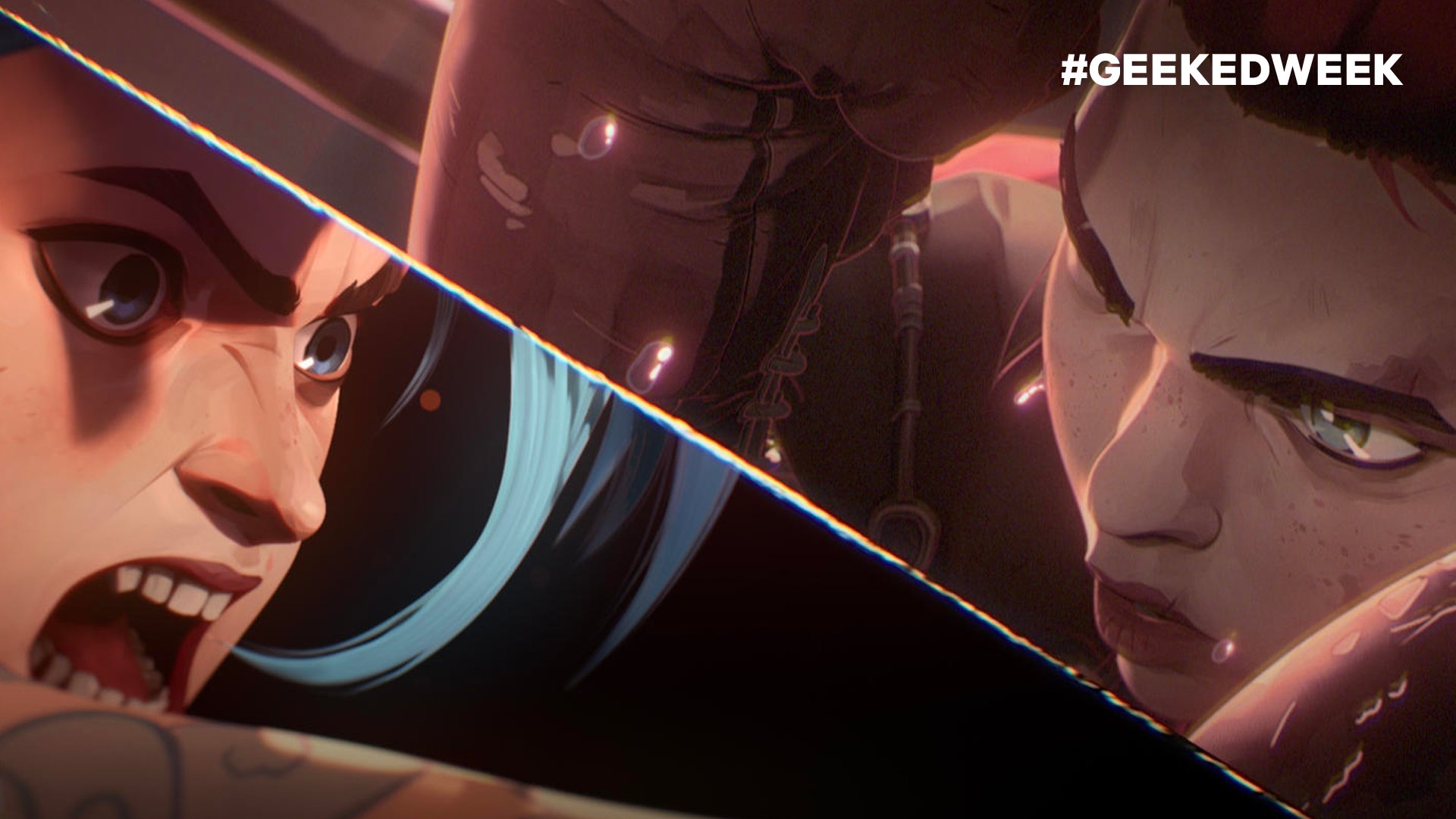 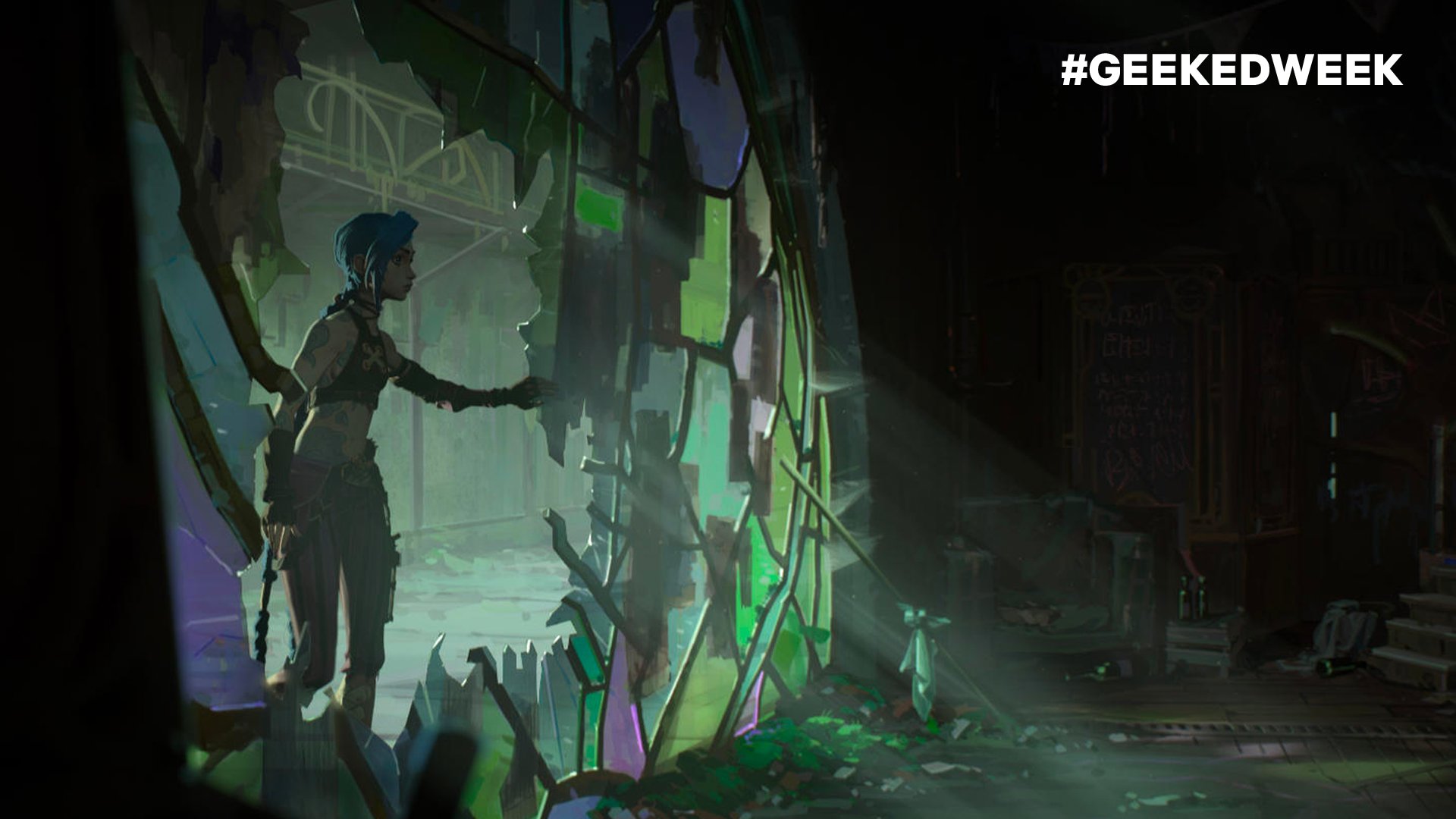 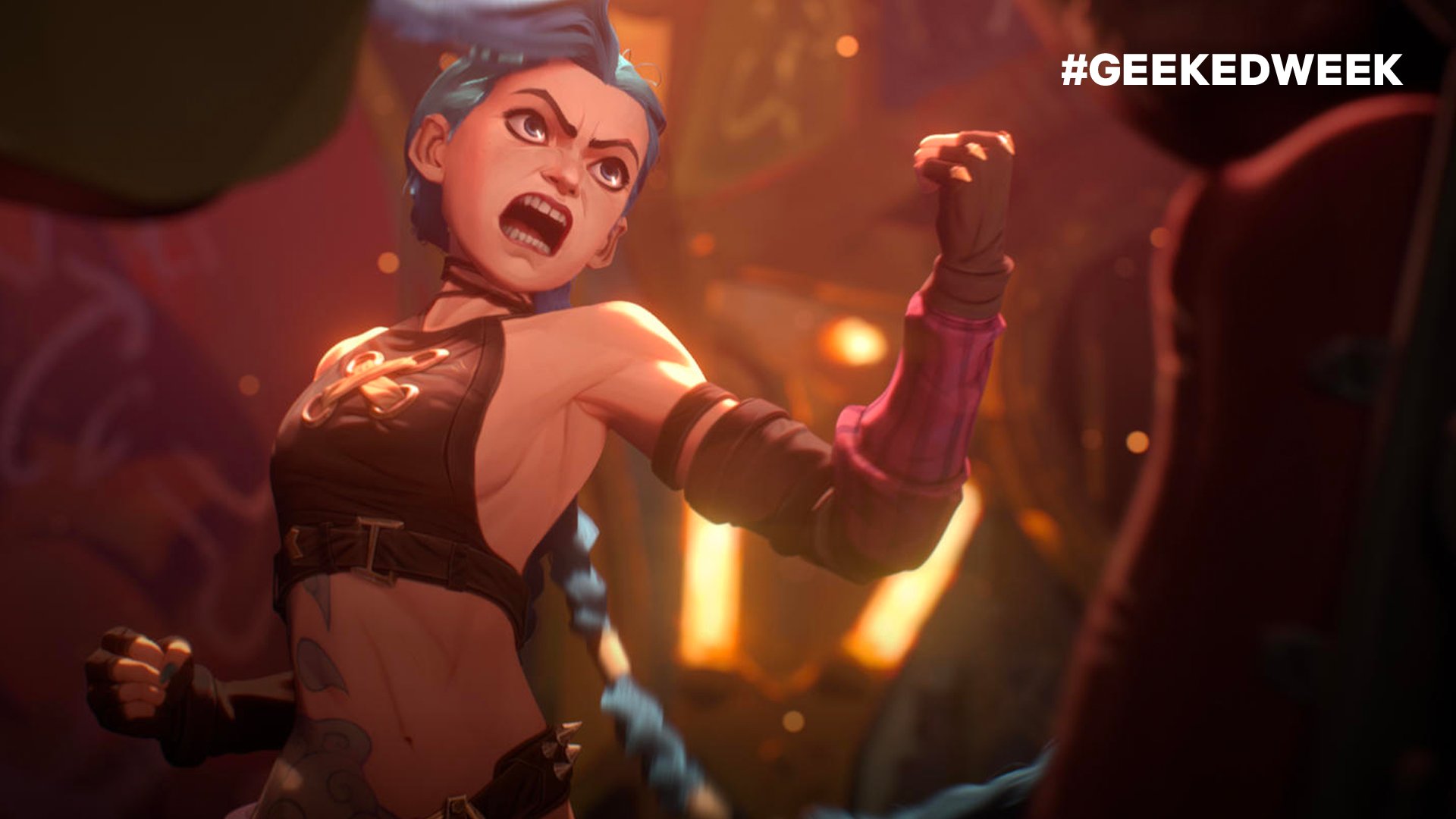 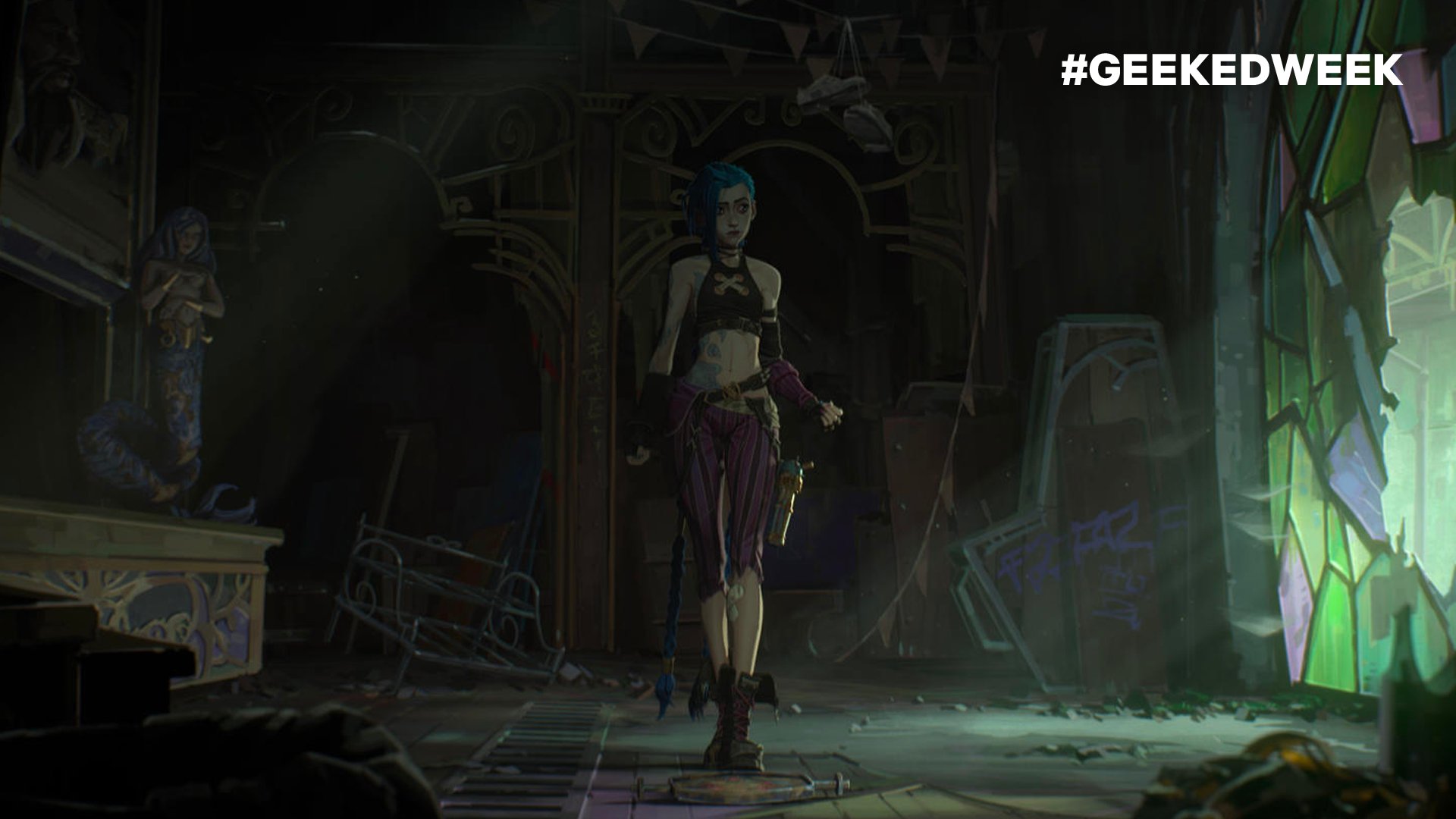 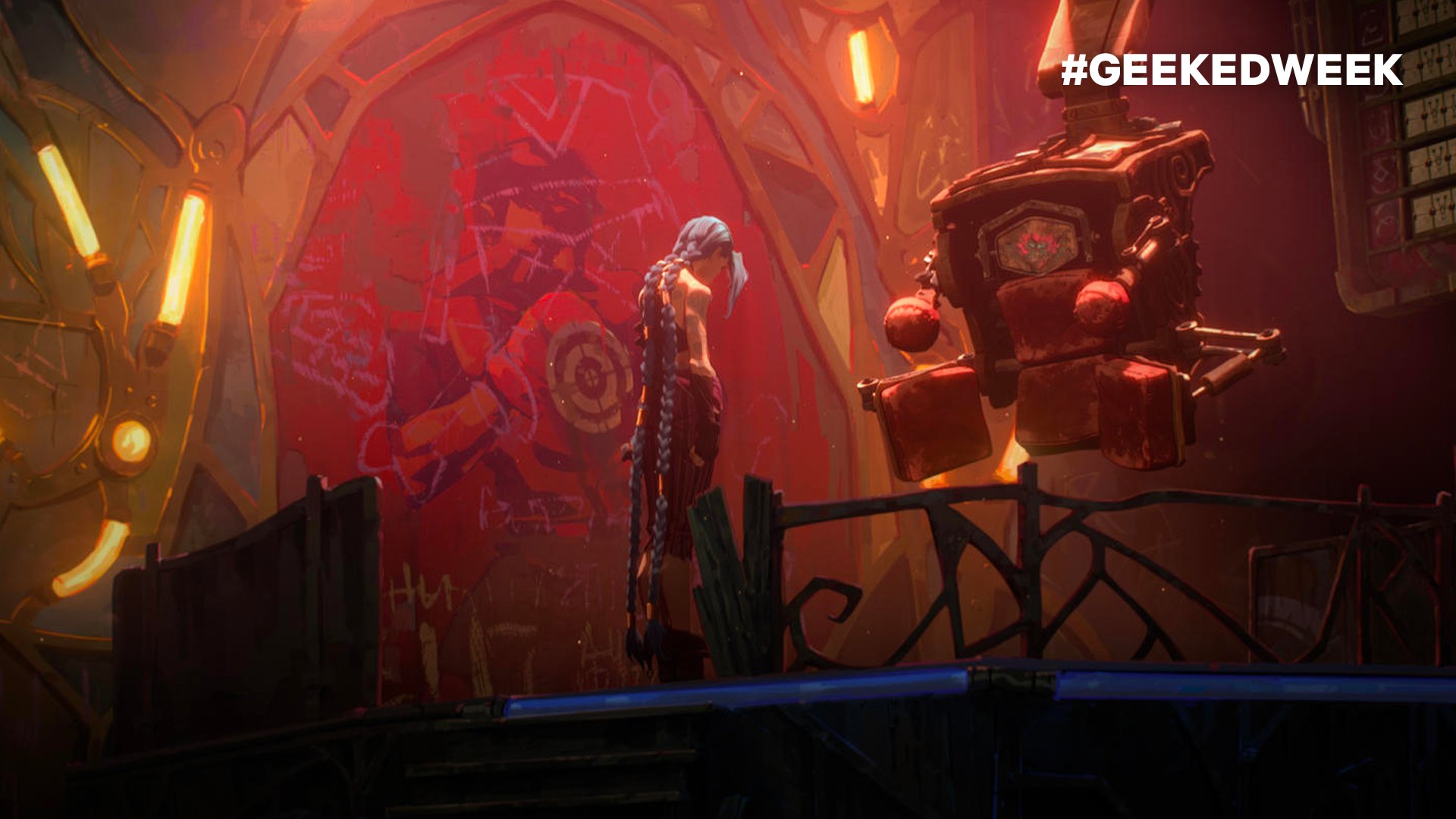 A trailer for the highly anticipated animated series set in the world of League of Legends has also been released!

New clip and cast announcement for The Cuphead Show! The Cuphead Show! is an upcoming American-Canadian animated web television series created by Chad and Jared Moldenhauer for Netflix and produced by StudioMDHR and King Features Syndicate. It is based on the video game Cuphead.

In July 2019, Netflix announced The Cuphead Show!, an animated series based on the game. It will feature adventures of Cuphead and Mugman across Inkwell Isle, exploring areas and characters beyond those in the video game. While the series will be targeted for children, Studio MDHR also anticipated that they will include humor and gags for adult audience appreciation.

Castlevania is an American anime-influenced adult animated streaming television series on Netflix produced by Frederator Studios. The series is based on the Japanese video game series of the same name by Konami.

When his wife is burned at the stake after being falsely accused of witchcraft, the vampire Count Vlad Dracula Țepeș declares all the people of Wallachia will pay with their lives. He summons an army of demons that overruns the country, causing the people to live lives of fear and distrust. To combat this, the outcast monster hunter Trevor Belmont takes up arms against Dracula’s forces, aided by the magician Sypha Belnades and Dracula’s dhampir son Alucard.

The Castlevania universe is expanding! Watch the exclusive announcement of the new series centered around Richter Belmont and set against the backdrop of the French Revolution:

The Castlevania Universe is getting even bigger.

An all new series starring Richter Belmont (the son of Sypha and Trevor) and Maria Renard, set in France during the French Revolution, is currently in the works. #GeekedWeek pic.twitter.com/tsdeDpvNGQ

Tom Clancy’s Splinter Cell is a series of stealth shooter games featuring protagonist Sam Fisher, who is a highly trained agent of a fictional black-ops sub-division within the NSA, dubbed “Third Echelon”. The player controls Fisher to overcome his adversaries in levels. The series is considered to be one of Ubisoft’s flagship franchises.

In late July 2020, Netflix announced that an anime series adaptation is in the works. John Wick writer Derek Kolstad will be serving as executive producer on the series.

Today, a first-look still of the upcoming show based on Tom Clancy’s series of stealth video games has been released. You can view it below: 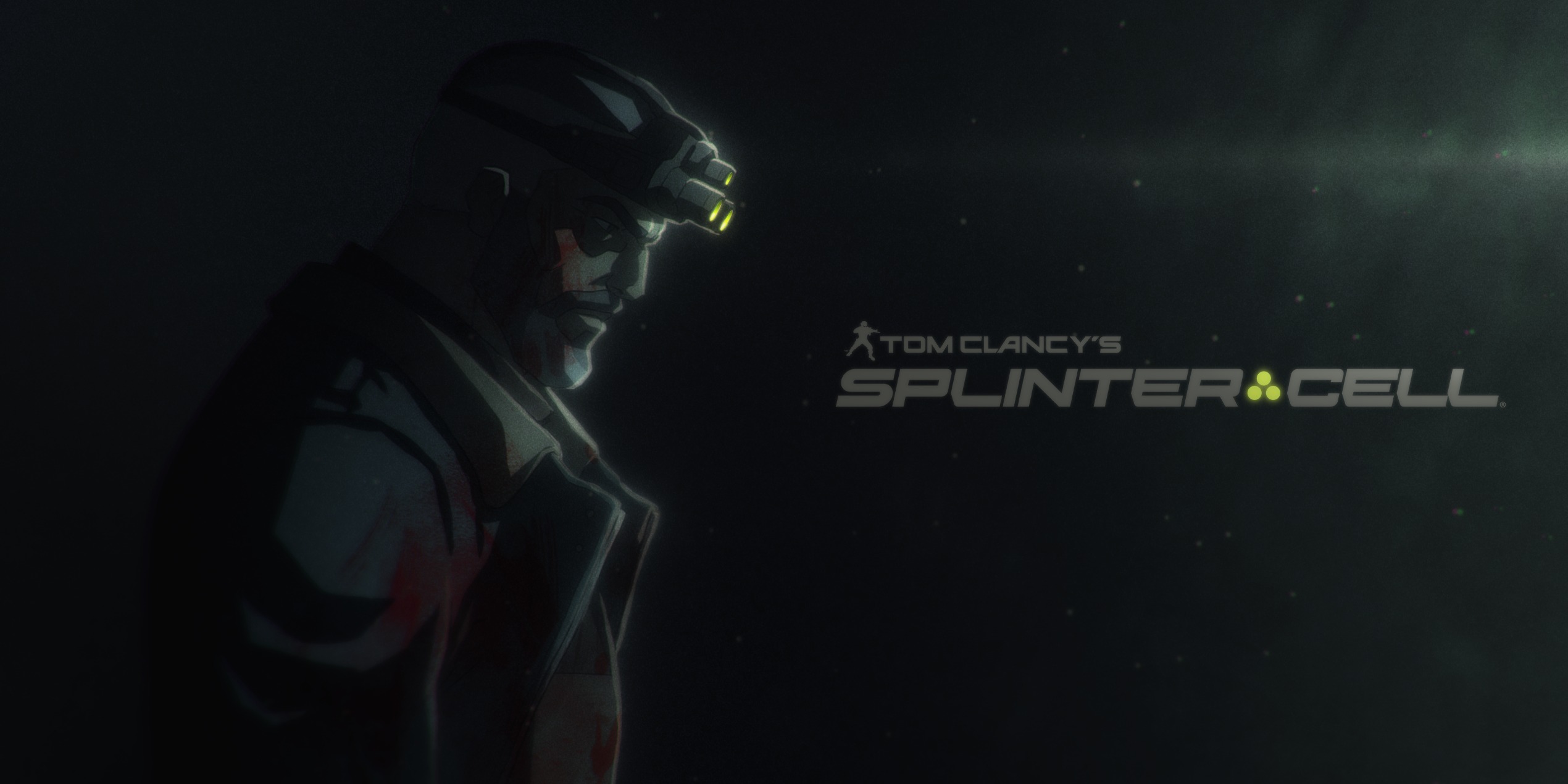 Far Cry is a franchise of first-person shooter games, all of which have been published by Ubisoft. The Far Cry games, due to the history of their development, do not have any significant shared narrative elements, but instead share a theme of placing the player in a wilderness environment where they must help fight against one or more despots that control the region as well as surviving against wild animals that roam the open spaces.

Far Cry 3 expansion Blood Dragon is a stand-alone “expansion pack” based on the world of Far Cry 3.  The game’s retrospective story, characters and visual style are inspired by 1980’s action movies, especially the films of Arnold Schwarzenegger, such as Commando, The Terminator, and Predator, and Sylvester Stallone in Cobra, First Blood, and Rocky IV.

Captain Laserhawk: A Blood Dragon Remix is an upcoming animated series based on the Blood Dragon videogame. It will be produced by executive producer Adi Shankar and animation studio Bobbypills, who also gave us a first look at this original anime featuring alter egos of Ubisoft characters in a highly referenced homage to the early ’90s.

That’s not all though, as a separate Far Cry anime series is also in development at Netflix. Stranger Things is a science-fiction horror drama television series created by the Duffer Brothers and streaming on Netflix. Set in the 1980s in the fictional town of Hawkins, Indiana, the first season focuses on the investigation into the disappearance of a young boy amid supernatural events occurring around the town, including the appearance of a girl with psychokinetic abilities.

Stock up on waffles and pump up some '80s music: Watch the first gameplay from Stranger Things in @SMITEGame, dropping this July. #GeekedWeek pic.twitter.com/9JhDitx0sq The Witcher is a Polish-American fantasy drama streaming television series created by Lauren Schmidt Hissrich, based on the book series of the same name by Polish writer Andrzej Sapkowski. Set on a fictional, medieval-inspired landmass known as “the Continent”, The Witcher explores the legend of Geralt of Rivia and princess Ciri, who are linked to each other by destiny. It stars Henry Cavill, Freya Allan, and Anya Chalotra.

Check out this exclusive teaser for Season 2 and see if you can decipher the hidden message within:

Additionally, Netflix and CD Projekt Red have announced that a Witcher-themed convention will be taking place on the 9th of July!

A pairing more powerful than silver and steel: @Netflix and @CDPROJEKTRED are so excited to celebrate our Witcher family and bring you the very first #WitcherCon on July 9! Stay tuned for more info in the coming weeks! #GeekedWeek pic.twitter.com/6wxsW9ZH26 On August 27, 2020, Netflix announced that they were developing a live-action Resident Evil series. The show has been greenlit for eight hour-long episodes. It is to be written by Andrew Dabb, with Bronwen Hughes serving as executive producer and the director of the first two episodes of the series. The show is being produced by Constantin Film, which has previously produced the Resident Evil film series.

The story takes place over two timelines; the first of which involves 14-year-old sisters Jade and Billie Wesker moving to New Raccoon City. They come to realize that their father may be concealing dark secrets that could destroy the world. The second timeline takes place over a decade in the future, where only 15 million humans remain, with over 6 billion animals and people being infected with the T-virus. It follows Jade, now thirty, in her efforts to survive in this world.

Netflix has finally revealed the main cast of the upcoming Resident Evil Netflix series, you can view it below: