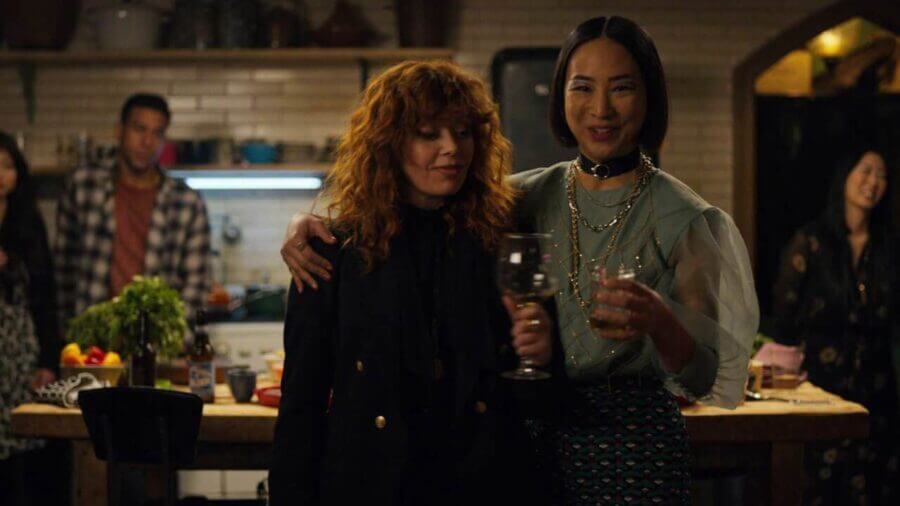 Less than 2 months into the year and Netflix has already had an outstanding number of Originals debut in 2019. One such title Russian Doll has already drawn in a huge number of subscribers and has soon become a fan favorite! But will Russian Doll be returning for a second season? Has it been renewed? Let’s find out.

Russian Doll is a Netflix Original comedy-drama series created by Natasha Lyonne, Amy Poehler, and Leslye Headland. The Ground Hog Day inspired tv show has already become immensely popular amongst Netflix subscribers since its February 1st release. Already fans have been clamoring to find out if a second season is on the way. As Russian Doll was never listed as a limited series there is hope for more.

Nadia is the guest of honor at her own birthday party, thrown by her best friend. When Nadia accidentally dies after being hit by a car she mysteriously ends up back in the bathroom of the party she was attending. Confused and believing she was drugged, when Nadia begins to die over and over she starts to question her own sanity as she tries to break the cycle of death she can’t seem to escape.

It’s taken a significant and surprising amount of time but we now have confirmation on the renewal of Russian Doll! The series has easily been one of the most popular titles on Netflix to date and fans across the world will be ecstatic to hear the news.

Sweet (birthday baby) news: #RussianDoll has been renewed for a second season! pic.twitter.com/6DxqqcVOMa

How have fans taken to Russian Doll?

Finished RUSSIAN DOLL in one sitting and now feel bereft — the rare Netflix series that left me wishing there were more of it, just so I could spend a little more time in the company of the characters

#RussianDoll absolutely knocked me out. I can’t believe how much heart and intelligence exists within some of the funniest dialogue I’ve heard in a long time. Bravo @nlyonne @LeslyeHeadland

This entirely depends on when production would begin on a second season. Going by the production of season one, principal photography didn’t begin until February 22nd, 2018. Taking into consideration the length of pre and post production it could take a significant length of time.

If Netflix is to produce a new season of Russian Doll then we are speculating the release sometime in 2020. The likely time of year would be the late summer or early fall.

Would you like to see the second season of Russian Doll? Let us know in the comments below!

Every Viewing Statistic Netflix Has Released So Far (January 2021)