Who are the main characters in Vikings: Valhalla?

The official casting description for “Vidar” is the following:

Born in Iceland and raised in Greenland, Vidar represents a new breed of Viking – one raised far from the Norse mothership and without the experience of raiding. But as we will quickly discover, that doesn’t mean he is any less a Viking. Vidar is a warrior and an adventurer, fascinated by unknown lands and unafraid of the sea. When we meet him, he has just piloted a small ship of Greenlanders across 2000 miles of the North Atlantic. Fiercely loyal to his family, there are signs of trouble with his domineering and dogmatic father (Skarde), and he’s primed for rebellion. Like his sister Signe, Vidar has been raised a believer of Odin and “the old ways”, but unlike Signe, he is much more open to new thoughts.

The official character description for “Signe” is the following:

Vidar’s fiery half-sister. A sexually liberated and fiercely pagan shield-maiden. Signe is much more like their volatile father than Vidar. A horrific rape at the hands of a Christian Viking made her militantly anti-Christian and as the series progresses, Signe becomes the leader of the last Viking pagan holdouts against the rising tide of Christianity that is flooding Scandinavia. Mentored by the strong female leader of Kattegat, The Jarl, Signe leads the “last holdouts” in defence of a Viking Holy City against Christian Vikings and will eventually begin a personal quest to find a new home for them. Despite the hardened pagan views, she is romantically drawn into a relationship with the final main lead: a Christian Viking named Torsen.

The official character for “Torsen” is the following:

If Vidar is rough around the edges, Torsen is smooth and polished. Though every bit the warrior as Vidar, Torsen comes from Viking royal stock, close to the seat of Norse power and charismatic leader. Having just escaped the massacre of St. Brice’s Day Torsen is an active part of a great retribution force being assembled by King Kaden and one of his chief lieutenants. His relationship with Vidar, forged on the battlefields of Season 1 will grow as the series progresses.

The official character description for “Kaden” is as follows:

Son of a king of Denmark, wise, savvy and ruthless, Kaden is guided by two different voices: Alienor, his politically astute queen and Earl Colby, a scheming and ambitious Anglo-Saxon councellor.

Do we know any cast members of Vikings: Valhalla? 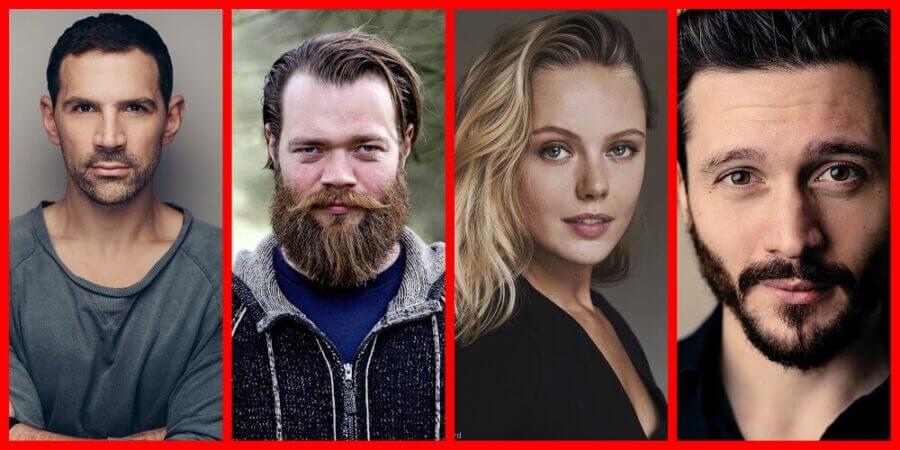 We have very good reasons to believe that the following four actors will be either main or recurring characters in the upcoming Vikings spinoff. Firstly, we have Danish actor Kenneth Christensen (Borgen, The Last Kingdom) and Icelandic actor Johannes Haukur Johannesson (Game of Thrones, Cursed). Both have been in Ireland for the last several months and can even be seen in the following photo together from Christensen’s Instagram. 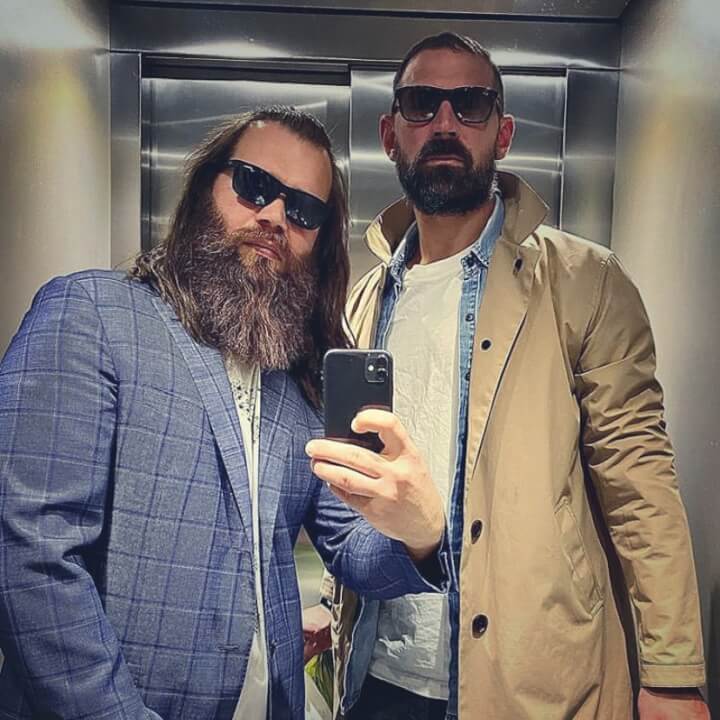 Johannesson and Christensen in Ireland in October

Next two actors are Frida Gustavsson (The Witcher) and David Oakes (Victoria, The Borgias). As with the previous two, they have spent the last few months in Ireland and Frida can be seen with crew members celebrating the wrapping. Next to Frida is Icelandic actress Álfrún Laufeyjardóttir and we believe she might be cast too, but she sometimes works as a production assistant as well so we aren’t sure which job she has in Valhalla. While we don’t know which characters they play, we can be sure Christensen, Johannesson and Gustavsson play vikings while Oakes is most likely playing an English character. 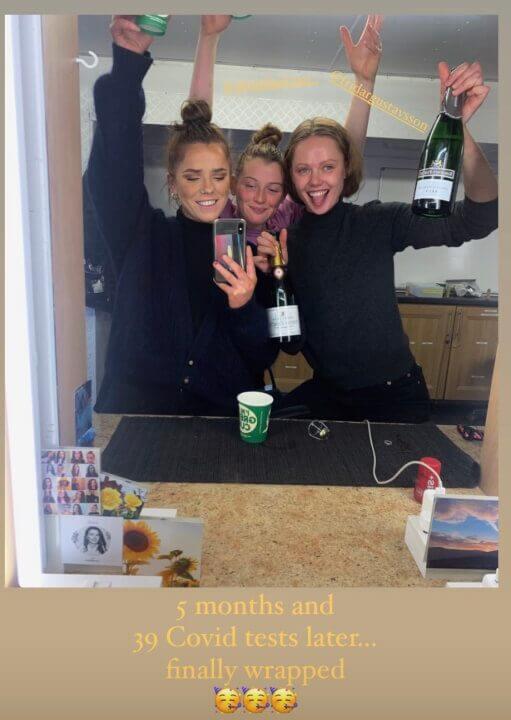 Moreover, in summer 2020, we got some of the first actual cast names including German actress Yvonne Mai has been cast in Vikings: Valhalla to play a character named Merin. Secondly, Bill Murphy will play the character named Odgar in season 1. And lastly, we have Ethan Dillon whose role is currently unknown, although we know it is a recurring role.

In September 2020, we learned of a few more cast members for Vikings: Valhalla. First, there’s Bosco Hogan playing a character named Athelred. Then we have two others: both men of William the Conqueror’s royal court. Alan Devine has been cast as the Ealdorman of Kent and Gavin O’Connor will portray the Ealdorman of East Anglia. Interestingly, Alan Devine and Bosco Hogan have already appeared in Vikings as Ealdorman Eadric in the second season and Abbot of Lindisfarne in the fifth season respectively. Lastly, we have Jack Mullarkey playing a character named Toke.

We can also confirm that Karen Connell, who played the Angel of Death in Vikings will return in Valhalla. It is currently unknown whether she will have the same role or a different one since as you noticed above, returning actors don’t always have the same roles. Other than Connell, we have learned that another Vikings actor, Gavan O’Connor Duffy will play a character named Njall in Valhalla. Previously in Vikings he played King Frodo. Irish actor Mark Huberman will play the Ealdorman of Sussex. 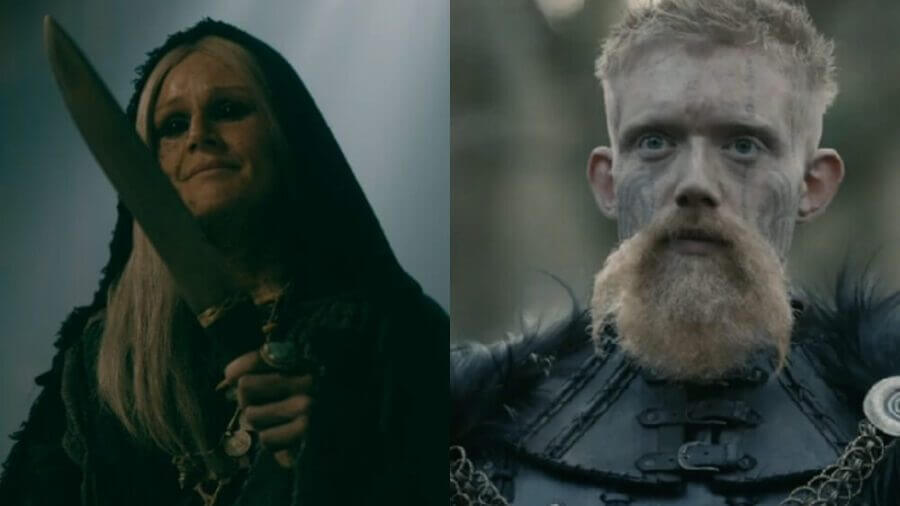 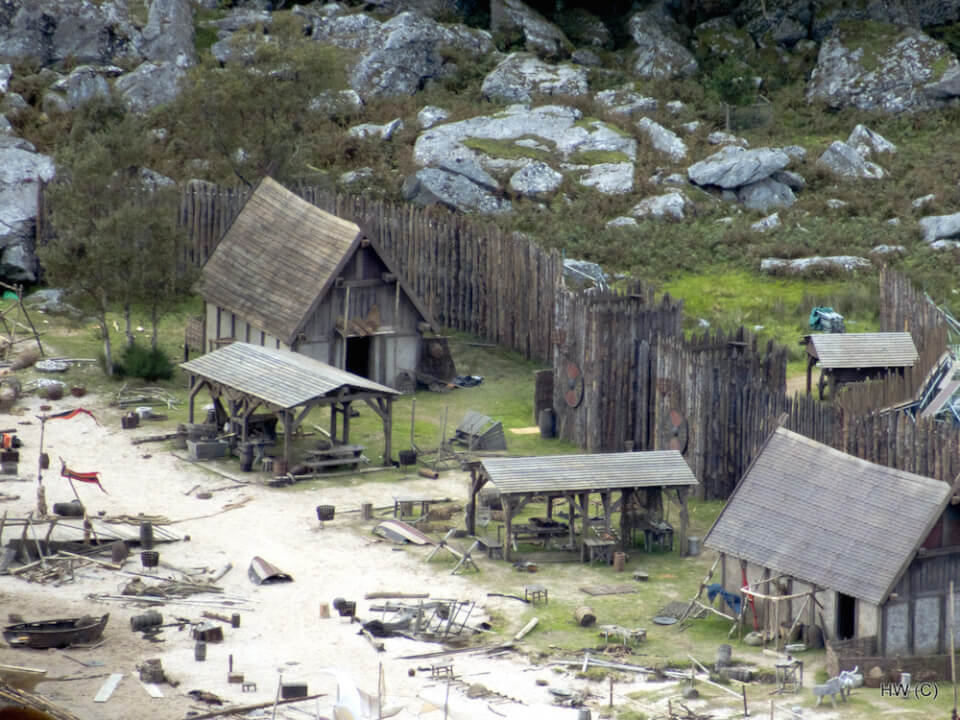 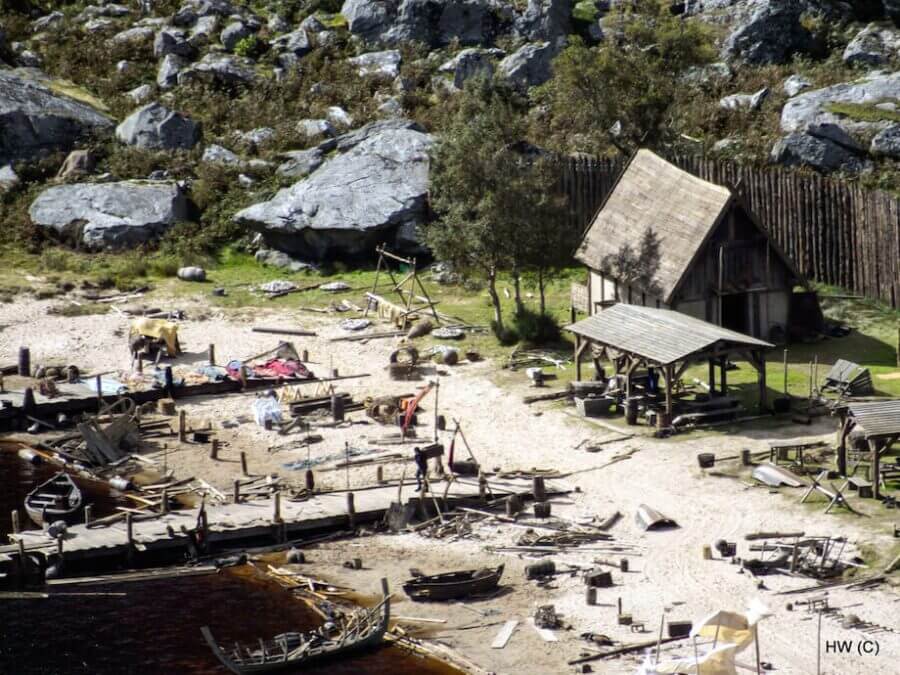 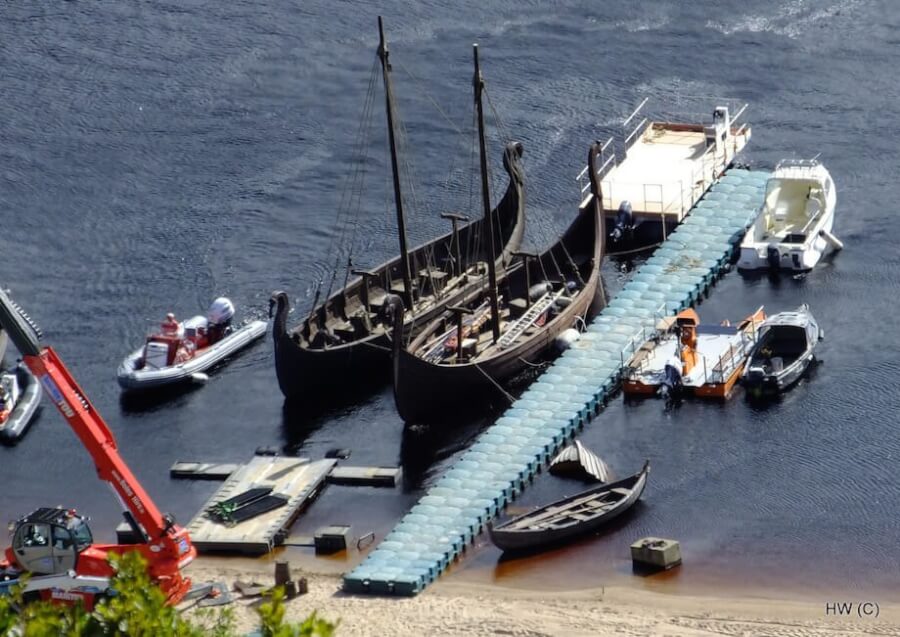 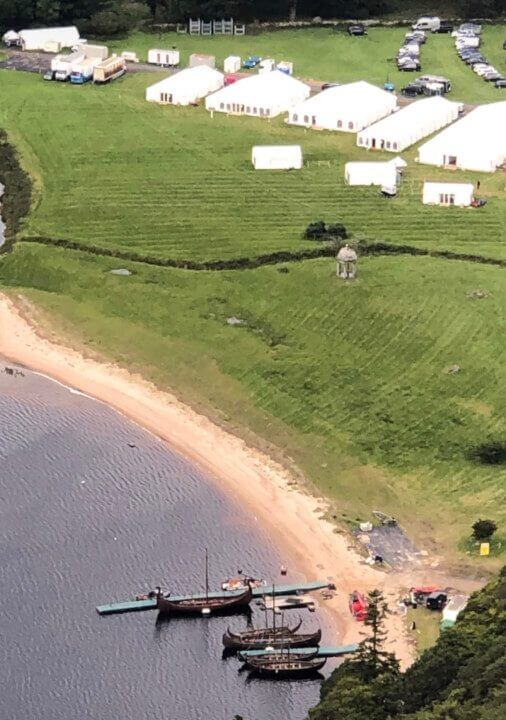 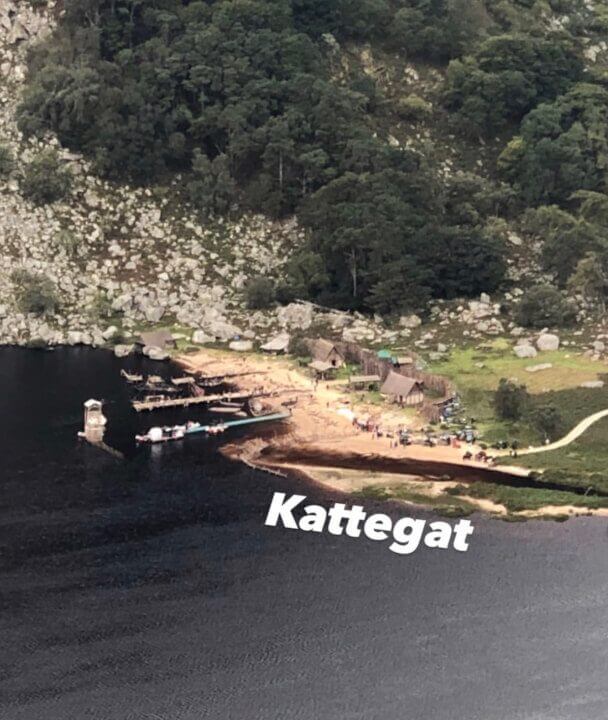 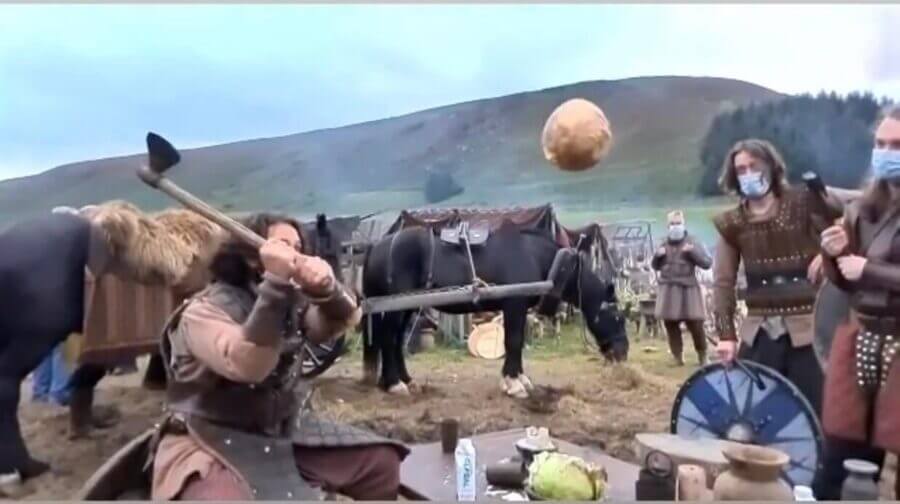 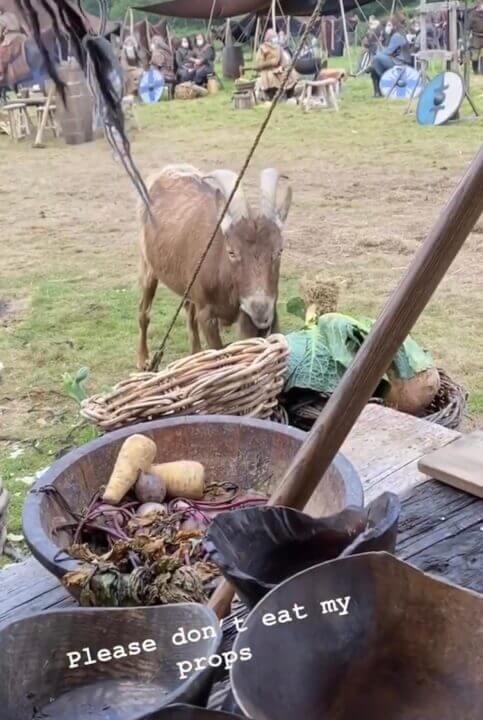 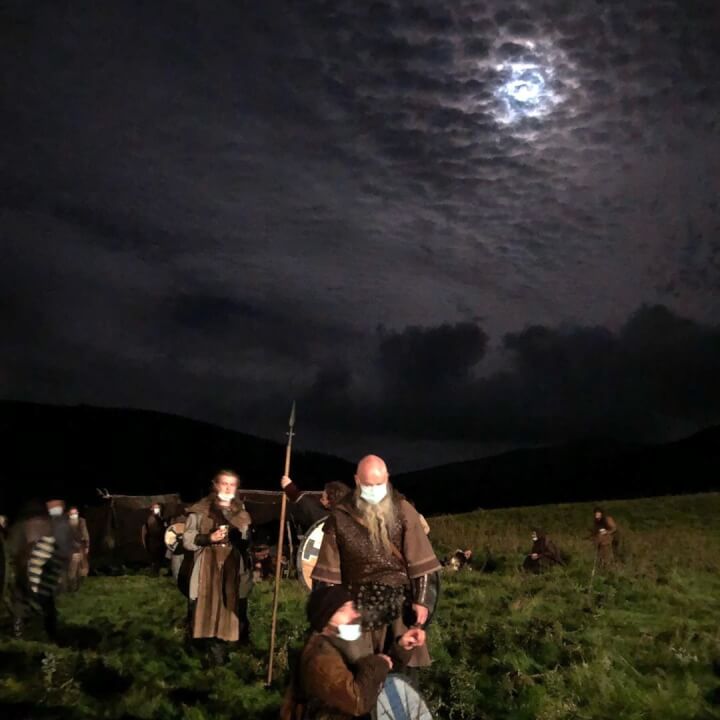 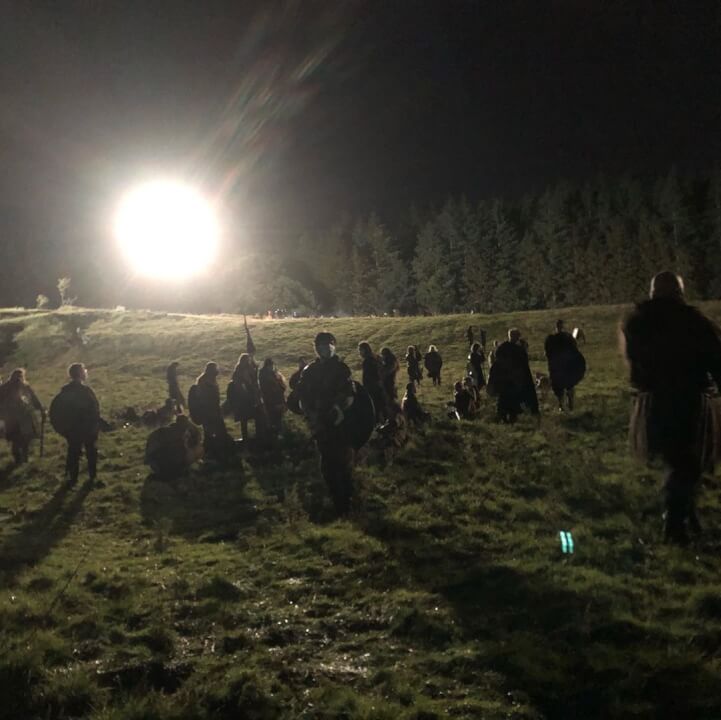 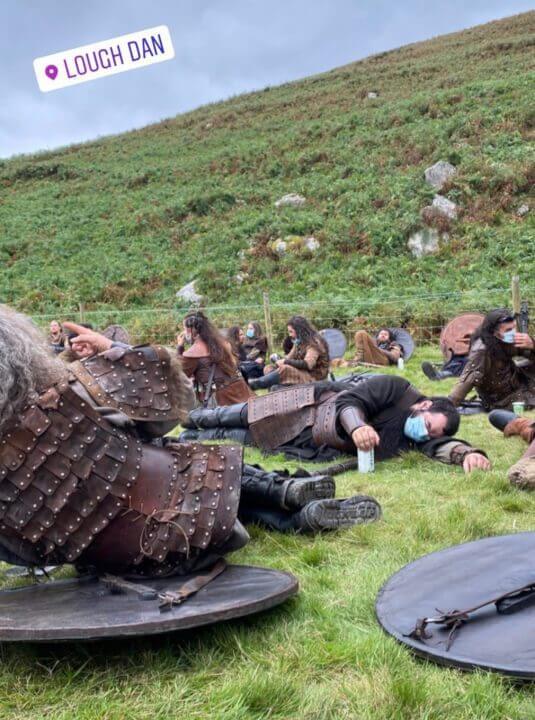 On October 8th 2020 it was reported by The Irish Times that filming for Vikings: Valhalla was suspended that week after a dozen of cast and crew members tested positive for Covid. Later that week production resumed after it was cleared that those were only false positives and the cast and crew members were fine. The production halt only lasted a few days and Vikings were back to their viking business.

In late November 2020 cast and crew started to post updates about wrapping production on Vikings: Valhalla after filming for four months. It is unknown how much material have they filmed and whether this is a real Season 1 wrap or a Christmas/Covid hiatus until early 2021.