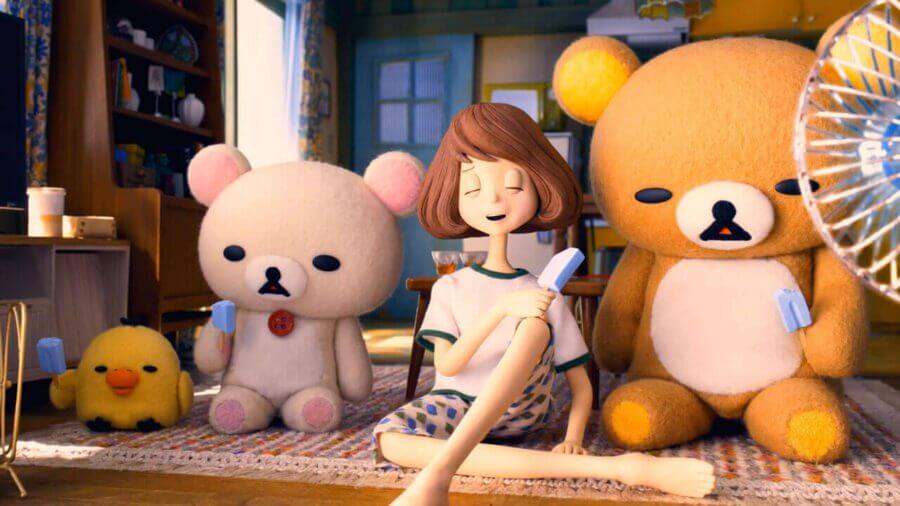 Netflix’ expansion into the global market has resulted in excellent titles from Japan. One such title which has already become a beloved Original is the loveable Rilakkuma and Kaoru. With an excellent first season done and dusted, fans are eagerly awaiting news on renewal of the stop motion series. But has Rilakkuma and Kaoru been renewed for a new season? Let’s find out.

Rilakkuma and Kaoru is a stop-motion Netflix Original animated series based on the San-X character Rilakkuma. The charming little series is the very first stop-motion title that Netflix has ever produced. In Japan where Rilakkuma originates, the fuzzy bear has infiltrated the pop culture of the Japanese, much akin to Hello Kitty. Appearing on numerous merchandise, Rilakkuma has become one of the most popular and beloved cutesy characters in recent years. With Netflix’s acquisition of the series, the love for Rilakkuma will only spread further.

Kaoru is bored of her life being a little mundane, but when her new roommate Kaoru arrives, her life gets a little fuzzier. Her endearingly lazy new roommate is a fluffy teddy bear, that loves nothing more than laying around.

After charming audiences worldwide, many subscribers will be hoping to see another season of Rilakkuma and Kaoru. But Netflix is yet to renew for a second season.

What is the subscriber response to Rilakkuma and Kaoru?

Watching Rilakkuma and Kaoru on Netflix and it’s so cute and touching. Stop motion is such an art form. pic.twitter.com/IQQYg0fMt5

I want season 2 of Rilakkuma!

Did anyone finish rilakkuma yet? I feel like there should be a season 2 and 3 and 4 and so on. I loved this show so much.

The time that is taken to produce a stop motion series is terribly long. Many titles produced by Aardman Animations take years to produce, such as The Curse of the Were-Rabbit which took 6 years to create. Obviously, Rilakkuma and Kaoru are far smaller in scale but production times cannot be overlooked.

For anyone with access to IMDb Pro it has been listed filming began on the 12th of December 2018. We’re not sure if this information is correct. If filming had only begun in December 2018 then San-X has done an incredible job producing the show in such a short time. It’s likely by ‘filming’ they meant the cast had arrived to provide the dubs.

So unless San-X is already producing another season of Rilakkuma and Kaoru then we aren’t expecting to see a second season until 2020!

Would you like to see a second season of Rilakkuma and Kaoru? Let us know in the comments below!