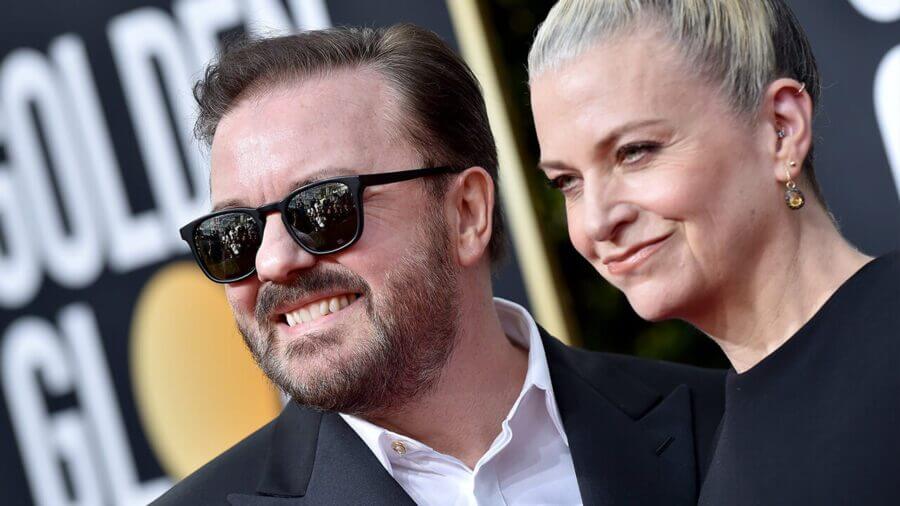 Ricky Gervais has confirmed his next two projects have been greenlit by Netflix in a recent stream.

The creator behind comedy hits such as Extras and The Office and more recently Derek and After Life already has a couple of projects on the go including After Life season three which recently just got announced its 2021 filming schedule. Plus, we’ve got the second stand-up special from Gervais due out in 2021 called Supernature. The first Ricky Gervais stand-up released on Netflix in March 2019 and is titled Humanity.

Ricky Gervais streams on a regular basis on Periscope usually at 6PM BST and it usually kicks off with a classic tune, Ricky sipping a beer and then proceeding to interact with the stream in front of his numerous awards accumulated over the years.

Gervais said a little later on that the has two ideas for what the next series will be but has yet to decide officially on which one to pick. Gervais also said that both ideas were very different to each other.

It shouldn’t come as a huge surprise that Netflix is continuing to work with Ricky given last year he signed a first-look deal with the streaming service. He joins the myriad of other creators who have various deals with Netflix including output and first-look deals.

One of Ricky Gervais’s creations that has yet to hit our screens in movie or TV in any format is Flanimals, a book that Ricky released back in 2004 and was followed by the sequel entry in 2005.

Are you looking forward to the next Gervais titles on Netflix? Let us know in the comments down below.