Trese, Netflix’s first Filipino anime series, is coming to Netflix in June 2021! The highly exciting horror-crime anime has been in the works for a long time and is one of the most anticipated anime arrivals of the year. We have everything you need to know about Trese, including the plot, dub casts, trailer, and Netflix release date.

Trese is an upcoming Netflix Original Filipino anime series, based on the popular Filipino manga of the same name by authors Budjette Tan and Kajo Baldisimo. Production of the anime has been handled by BASE Entertainment. Netflix has seen multiple animated titles from across the world, but Trese will be the very first Filipino anime series on the streaming service.

When is the Trese season 1 Netflix release date?

It has finally been confirmed that the first season of Trese is coming to Netflix on Friday, June 11th, 2021.

The anime will be available to stream globally on Netflix.

What is the plot of Trese?

In the city of Manila, mythical creatures from Filipino folklore hide amongst the human population. However, not all of the creatures are friendly, which leads Alexandra Trese into conflict against the criminal underworld of Manila which is lead by malevolent supernatural beings.

Who are the cast members of Trese?

The English cast has been confirmed for Trese:

As the anime is from the Philippines, a Filipino dub will also be available:

What is the anime episode count?

The first season of Trese will be relatively small, with only six episodes scheduled to be released.

It’s unclear what the episode runtimes are, but we’d expect each episode to be approximately 25 to 30 minutes long.

The Emissary in Trese – Copyright. BASE Entertainment

How many volumes of Trese will the first season cover?

In the main series of Trese, there are a total of seven books. The first three books in the series cover 13 cases that Alexandra Trese works on. It’s highly likely that the first season of Trese will be covering the events and of the first six cases in the story, which covers the entirety of volume 1, and two cases of volume 2.

Can we expect to see more seasons of Trese? 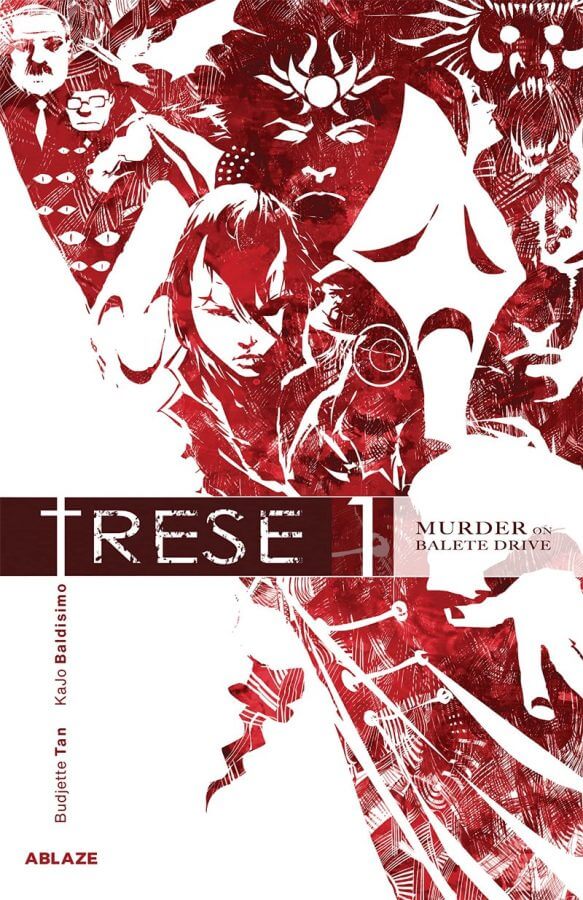 Are you looking forward to watching Trese on Netflix? Let us know in the comments below!