What's on Netflix > Netflix News > Is ‘Hocus Pocus’ on Netflix?

Is ‘Hocus Pocus’ on Netflix? 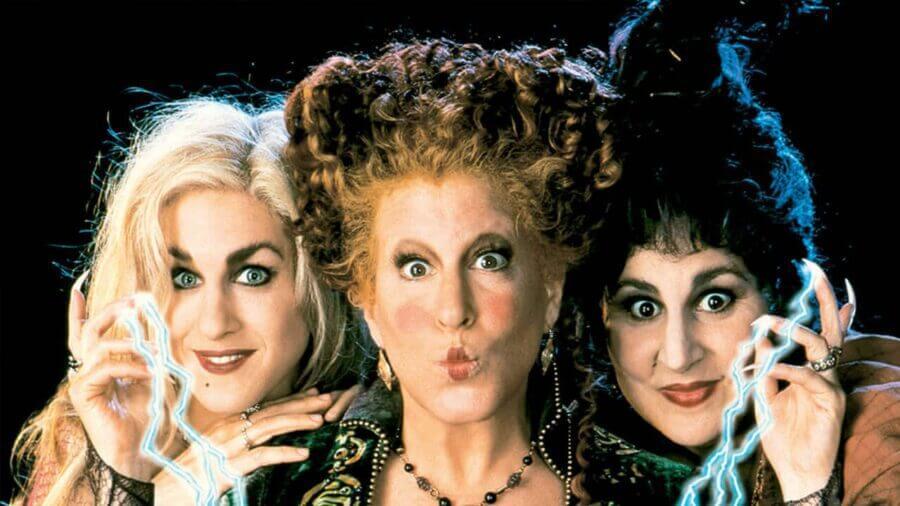 It’s Halloween and once again we’re all diving into our favorite Halloween movies. That means you’re probably looking for whether or not Hocus Pocus, a Halloween staple, is streaming on Netflix. Here’s your 2020 update on when Hocus Pocus will be on Netflix, where it’s streaming if not, and some details about Hocus Pocus 2.

Of course, the movie has also gained popularity in recent years thanks to numerous rumors of remakes and sequels. Just this year, Disney released a book titled “Hocus Pocus and the All-New Sequel” and we’re expecting a movie to follow in upcoming years.

Last year it was reportedly in development but a long way off. In 2020, there has been some movement on the sequel front with The DisInsider reporting in September that Bette Midler, Sarah Jessica Parker, and Kathy Najimi were all in talks to return.

Once again, Netflix doesn’t have Hocus Pocus in the US and starting last year, the chances of it coming to Netflix are remote.

From November 2020, Hocus Pocus became a permanent fixture within the Disney+ lineup.

As always, Netflix’s DVD subscription service is carrying the movie but because of the time of year, there’ll be increased demand meaning we suggest you get the movie in your queue quickly to avoid disappointment.

While some regions used to carry Hocus Pocus with the rapid rollout of Disney+ around the world, that’s no longer the case. In all regions, you’ll find Hocus Pocus on Disney+.

If you’re a fan of Kenny Ortega, the director of the movie you’ll know that he currently operates on Netflix under his overall development deal. So far, that’s produced Julie and the Phantoms.

What are your go-to Halloween movies? Let us know in the comments.

Rian Johnson's 'Knives Out 2' on Netflix: Filming Wraps in Greece & What We Know So Far