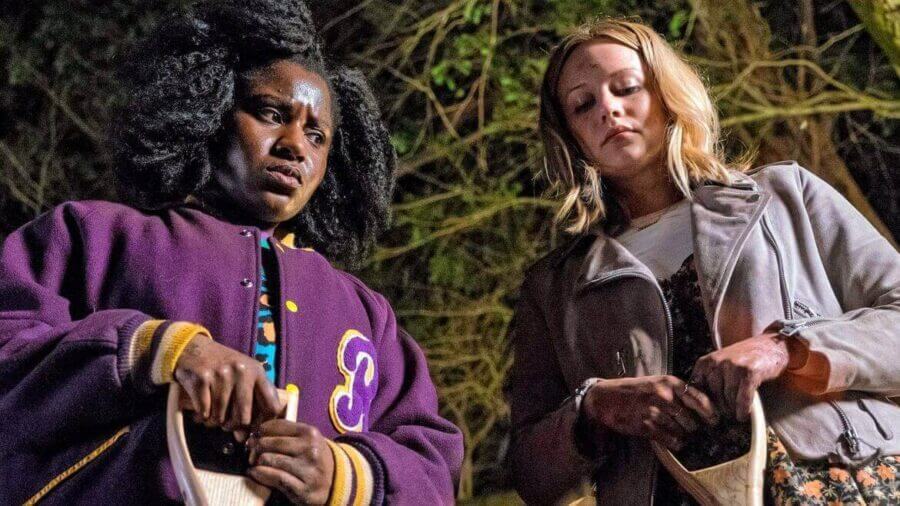 Netflix has picked up yet another show in recent weeks, and this time it’s from the United Kingdom and includes the first and future seasons of Crazy Head including the likely future seasons including a yet to be announced season 2.

The show was first announced to be coming to Netflix at the start of the year, but without a release date or any idea of what sort of program it would be, we chose not to report on it. The show is a British comedy series all about demons. It features Cara Theobold playing the role of Amy and Susan Wokoma as Raquel. After being attacked by a demon, Amy decides to join Raquel in her demon hunting career.

It’s been widely well received with the Telegraph (a British newspaper) calling it ‘Bright, punchy and genuinely funny’.

What about the United Kingdom?

As the show is originally broadcasted on a subsidiary channel of Channel 4, E4, the show will be exclusively available on their catch-up service called 4oD for the meantime. It may (like Black Mirror) come to Netflix eventually but the likelihood of that happening in the immediate future is slim. More likely, it’ll land on Netflix UK before a second season begins airing.

Will there be a season 2 of Crazy Head?

Almost definitely, the first season was widely well received in the UK and so far, it’s gotten pretty good reviews on Netflix too. British shows are notoriously known for giving its shows short life spans but with Netflix’s involvement in the production, you can confidently believe that there’ll be a second season.

We’ll obviously let you know when a second season will be coming to Netflix. As for a release date for a second season, assuming it does get renewed, we suspect it’ll follow the same release schedule as this year and all episodes would drop on Netflix in November/December 2017.

Have you started watching Crazyhead? What do you think of the new British comedy?