What's on Netflix > Netflix News > Are the ‘Texas Chainsaw Massacre’ Movies on Netflix?

Are the ‘Texas Chainsaw Massacre’ Movies on Netflix? 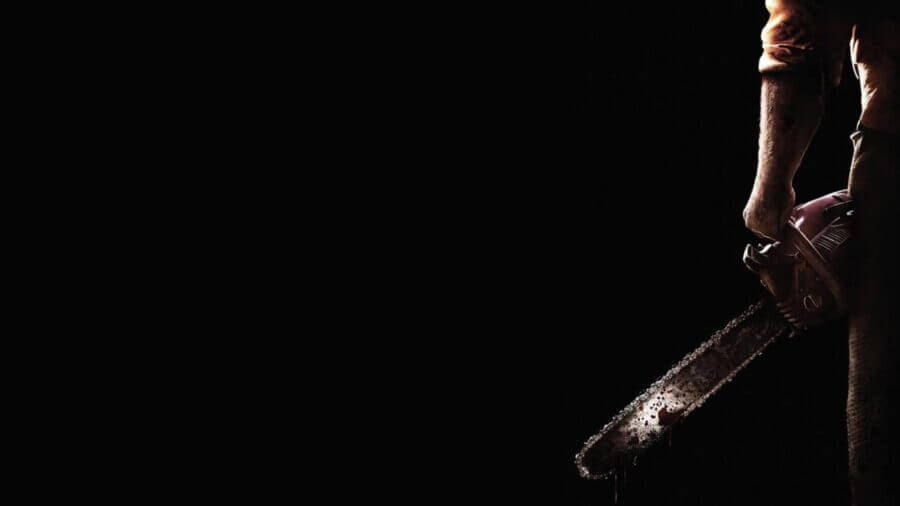 ‘We ain’t in no hurry, cause you ain’t going no place, ha-ha-ha!” As you get tired swinging your chainsaw around to a Texan sunset, perhaps it’s time to put your feet up and watch a film. Let’s see if any of the ‘Texas Chainsaw Massacre’ films are currently streaming on Netflix.

We’ve seen many brutal weapons used throughout horror history from kitchen knives and Machetes to hand claws and hacksaws. What makes Leatherface stands out amongst the rest is the sound of his infamous revving chainsaw that cuts deep into the fear of audiences. Across 40 years and 8 films, Leatherface has used his chainsaw and has sawed his deep into film history.

What is ‘The Texas Chainsaw Massacre’

Tobe Hooper came up with the concept of the film after witnessing graphic coverage of the violence within San Antonio, Texas, and the murderer Ed Gein. The plot of the film was entirely fictitious but with the use of the following words “The film you are about to see is true” swept through the USA like wildfire as people clamored to see the ‘true story’ in action. The use of misinformation has become a troupe throughout Hollywood and many filmmakers have gone on to use this tactic to draw in crowds to view their films.

Set in the countryside of Texas, a group of teenagers makes their way to a gravesite where suspected vandalism and grave robbing has been happening. After the teens have an encounter with a deluded hitchhiker and an empty gas station they soon make their way to a homestead. At the homestead is where they encounter Leatherface and the remaining members of the Sawyer family.

Considered to be one of the very first slashers of the 1970’s it is certainly the most famous. The film is also credited as the origin for many horror cliches that are now used in Hollywood. The subsequent films have never seen the same financial success that the original had but the franchise is still popular nevertheless.

Are any of the ‘Texas Chainsaw Massacre’ films available on Netflix US?

At this moment in time, only 2006’s ‘The Texas Chainsaw Massacre: The Beginning’ is available on Netflix. Part 2 is available to stream on Hulu. For the original 1974 film, you’ll need a subscription to shudder to stream the film.

In the United Kingdom, Texas Chainsaw Massacre 2 and the prequel Leatherface are both available to stream. No other streaming service is currently streaming the films.

Australians will only have Part 3 of the franchise to stream. For Canadians the 2003 reboot of the same name is available and so is the prequel ‘Leatherface’.