Why Netflix’s Audio Descriptions are essential for the visually impaired

Marvel’s Daredevil was one of the first titles to include audio descriptions.

When it comes to entertainment, 9 times out of 10 executives will aim the show for the largest audience possible. An audience that’s specifically targeted while also broad enough to get in the numbers in to entice the advertisers. For Netflix everything is about catering to the needs of all of their users as advertising isn’t something that concerns the teams at Netflix.

Over 7.3 million adults were reported in 2013 as having a visual disability.

As of right now there are over 110 audio description TV series and movies available on the service in the US. That may sound like a lot but it only makes up less than 1% of the overall catalogue on Netflix. A complete list of these titles that have audio descriptions can be found here. 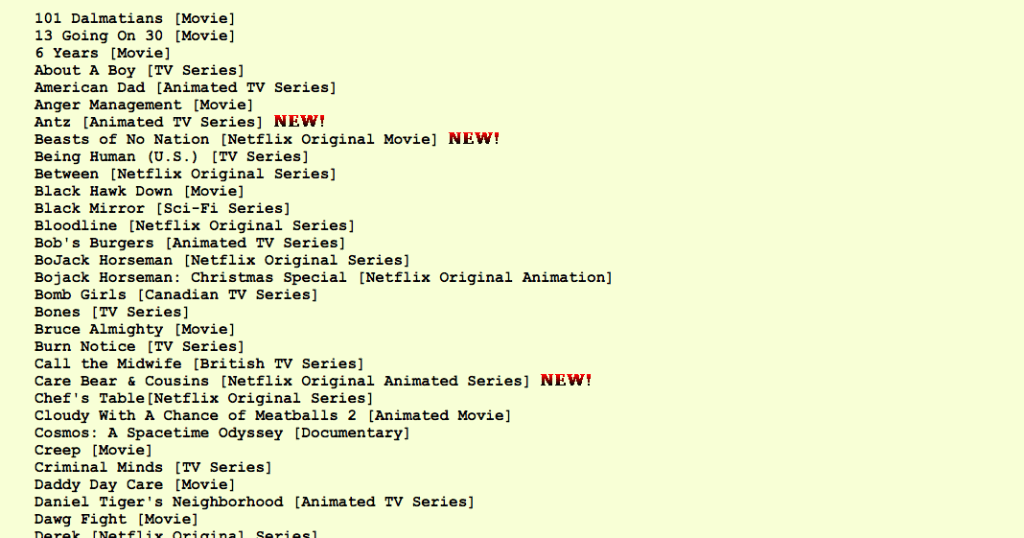 In order to get a real sense of the impact this technology has had in people’s every we spoke to Fred Brack of The Audio Description Project operated by the American Council of the Blind to find out more.

What’s on Netflix : Hi Fred, can you start by explaining to us why audio description exists?

Fred Brack : Imagine listening to (not watching) a movie with friends.  You hear a noise, and everyone laughs.  Why?  Or after long pause with no dialog, a gunshot rings out.  Who shot whom?  Or … well, you get the idea.  While actor’s voices and other sounds are critical to appreciating a movie, without seeing the imagery, so much is lost.  Just ask anyone with significant visual impairment.  Audio description to the rescue!  With audio description (the vocalization of key visual elements of a film), a person who is blind or has low vision can appreciate cinema almost as much as a sighted person.  In the USA, audio description is offered to TV viewers via the Second Audio Program (SAP) channel for select programming, a separate Language track on DVDs, and via a borrowed headset in many cinemas for most first-run movies.

WON : Can you explain a little about the Audio Description Project and what it hopes to achieve?

FB : The mission of the American Council of the Blind’s (ACB) Audio Description Project (ADP) is to boost levels of description activity and disseminate information on that work to both suppliers of audio description and those who will benefit from it.  The project and its website (www.acb.org/adp) cover education on description (from samples to guidelines to classes for describers) and availability of audio described productions (live theatre, museums, television, movies, and DVDs).  By educating consumers on description opportunities and connecting description suppliers with producers of products requiring description, the ADP is rapidly enhancing the appreciation of the arts and other areas for people with visual impairment.

WON : How would you rate the ease of enabling and using the service on Netflix as well as their selection?

FB : When Netflix began offering audio description in the second quarter of 2015, they jumped in with both feet.  Within six months they were offering over 100 audio described movies, documentaries, animated children’s programming, and more.  In addition, they made it extremely simple to receive audio description:  turn it on once, and any subsequent show you watch which contains description will automatically play with the description track.

WON : How does Netflix compare for Audio Descriptions against other streaming and TV rivals (Hulu, Amazon, ABC, NBC etc)

FB : Currently, Netflix is the only dedicated streaming service offering audio description.  While the major TV broadcast and nonbroadcast networks in the USA are required to offer a limited amount of description (50 hours/quarter), only the ABC smartphone app carries description beyond standard TV transmission.

As of right now – Netflix is one of the leaders, if not the leader in this space and it’s innovation has opened up great entertainment to millions more people with little to no vision.

Benedict Cumberbatch Netflix Series 'The 39 Steps': What We Know So Far

When will 'Better Call Saul' Season 5 be on Netflix in the United States?

Two One-Piece Movies Are Coming to Netflix in February 2022