Netflix has been the home to multiple DC shows for many years, at least in the United States. The CW has upped their content from the DC universe even more in recent years. This is possibly to compete with the rising Marvel shows on ABC, Netflix itself, and Disney’s own streaming service is rumored to have new series on the way.

The new series is a little more laid back than the other shows on The CW from DC like Arrow, The Flash, and Supergirl. The story focuses on a school principal who returns to his previous life as an electrical superhero.

When will Season 2 of Black Lightning be on Netflix US?

We’ve now got the official date of when Netflix will be getting season 2 of Black Lightning.

The CW currently adds new titles to Netflix around a week after its finale airs. Season 2 just wrapped up on March 18th and is now set to release on Netflix on March 26th, 2019.

We also need to make you aware of the fact that CBS (the parent organization of The CW) has said that eventually, they may launch a streaming service for The CW’s content meaning that its position on Netflix may potentially be in question.

The majority of Netflix regions will be getting weekly episodes of Black Lightning. These regions include Netflix in Canada, Australia, the United Kingdom, Ireland, most of mainland Europe and South America.

As of the time of the updated publishing, Netflix carries all 16 episodes of season 2. 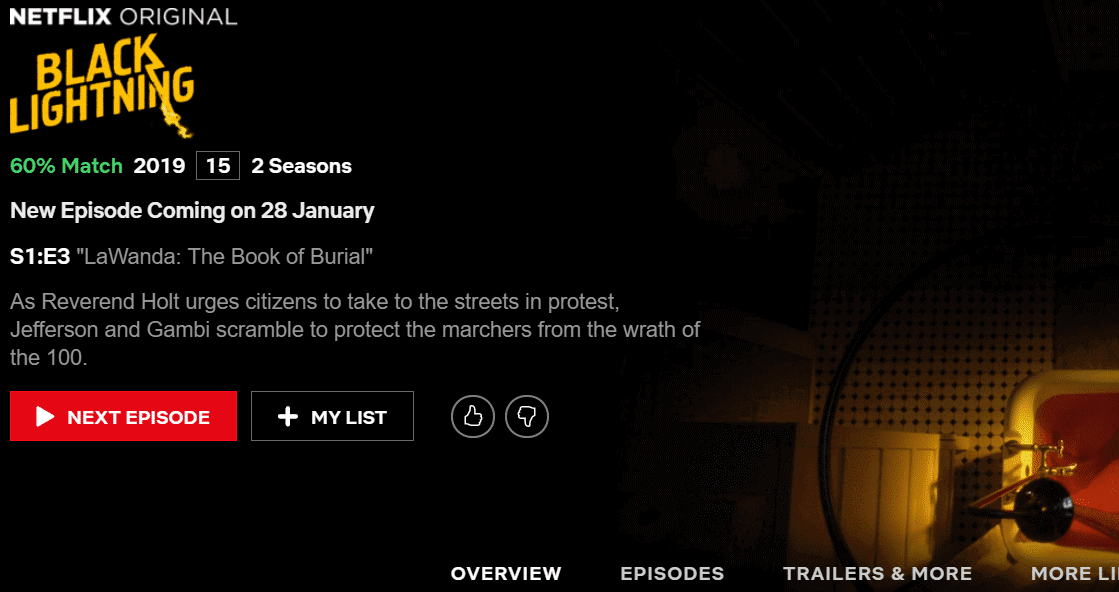 Are you looking forward to new episodes of Black Lightning on Netflix? Let us know in the comments down below.