After years of being stuck between two platforms, Lucifer will finally be departing Prime Video in the United Kingdom. Hopefully, this means the existing series will be heading to Netflix UK to complete the collection just in time for season 5b hitting the service. Here’s what we know.

If you’re a little confused, it’s likely because Lucifer is already streaming in full where you live and you’re just patiently waiting for Lucifer season 5b to hit on May 28th. However, if you live in a number of regions, you only have access to season 4 onwards.

That’s because the original seasons were sold to Amazon Prime Video a long time ago when the show was originally at Fox.

Then, when the show was canceled and Netflix took over the show globally for season 4 onwards, it wasn’t able to quickly nab the rights to seasons 1-3. We don’t know the ins and outs but it’s likely that we had to wait until a number of years to let the rights expire and either Amazon or Netflix didn’t want to buy/let go of those rights. 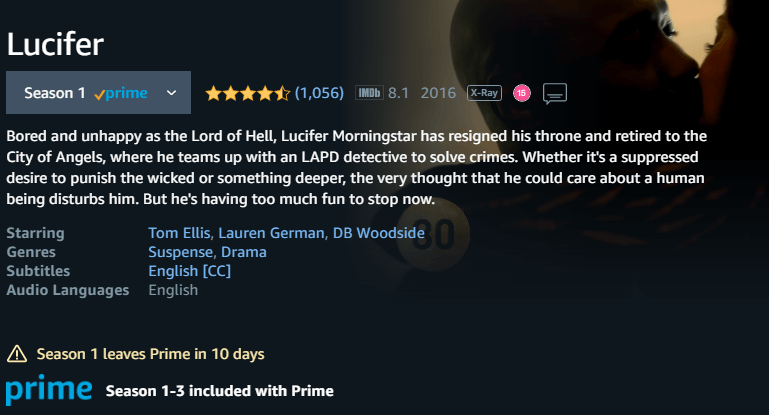 We don’t, however, have confirmation that the first few seasons will be coming to Netflix UK.

Netflix Germany is one of the strangest regions for Lucifer. The show remains away from Netflix entirely with the Netflix Original seasons actually sporting Prime Video branding. That doesn’t seem to be changing.

That’s all we have for now, we’ll keep you posted as and when we learn more about Lucifer’s streaming rights for the early seasons.

'Julie and the Phantoms' Fans Continue to Campaign for Season 2

'Rebelde' Season 2 Renewed at Netflix; Will Release Later in 2022

When Time Will 'Ozark' Season 4: Part 1 be on Netflix Globally?